Unlike more generic project-management tools like Asana or Trello, ClubHouse hyper-focused on engineering and product teams, he said.
Jan 16th, 2019 3:00am by Susan Hall 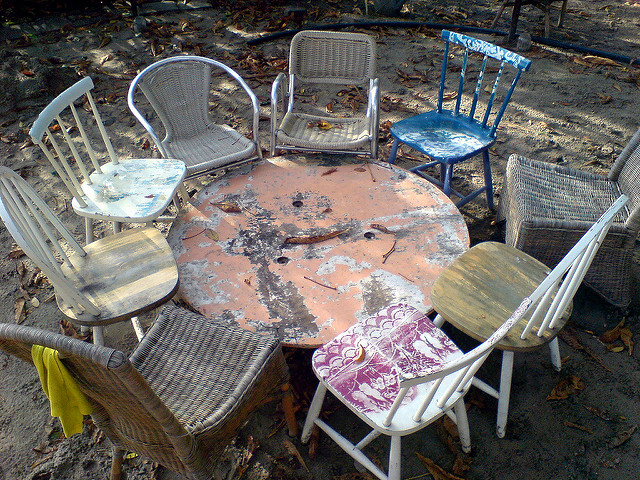 Like many software tools, Clubhouse, one of the latest project-management systems, was born of frustration.

“I had worked with every tool out there and complained about them for the past 20 years,” said Kurt Schrader, CEO and co-founder of the company behind the software.

While engineering teams keep trying to move faster, project-management tools don’t always keep up — and can even be an impediment to the work they’re trying to track, he said.

So Schrader, formerly chief technology officer at advertising platform Intent Media, teamed up with co-worker Andrew Childs to build their own.

Engineering teams can get lost in a torrent of tickets, he said.

“It’s very hard with some of these tools to see things at a higher level, kind of pull back and see the big picture. One of the things we’ve really focused on is to make it easy for management, for other parts of the company to — all the way up to the C level — to see what’s going on, what the priorities are, rather than just hundreds of tickets cascading down,” he said.

It’s designed to scale as a company grows. Unlike more generic project-management tools like Asana or Trello, it’s hyper-focused on engineering and product teams, he said.

It allows users to zoom in and out of various projects and see what piece each team is contributing and at what pace.

“We’ve really focused on bringing in other teams around the company. When your engineering team is deploying faster and product is working faster, you don’t want things to be held up by a marketing release or things like that. We try to include all the adjacent teams — marketing, sales — and build a tool that will pull those people in. They can see what’s happening and they can make sure their piece of the puzzle is ready to go. You can have everything all ready to go all in one place.”

At student portfolio site Portfolium, for instance, its engineering team used Jira, but product roadmap information and milestone tracking was on Asana. Clubhouse enabled the company to pull all that information into one product, according to director of product Peter D’Orsi.

It’s a crowded space, with more than 300 different options including Atlassian’s Jira, Pivotal Tracker, Fogbugz, and even GitHub’s own issue-tracking system. Yet most of the company’s traction is coming from the more mature, enterprise-focused Jira, he said.

In Clubhouse, any task or feature being built is created as a Story. A collection of Stories that are part of a larger initiative make up an Epic. An Epic can be part of multiple Projects within an organization. Milestones — collections of Epics — are the highest-level view of the organization.

Online experience tracker FullStory, one of Clubhouse’s 1,500 customers, uses a relatively flat management structure. Anyone in the company can come up with a proposal and gather stakeholders to make it happen. With the Clubhouse Teams feature, each of those “job families” can set up its own workflow. It originally had a bot using the Clubhouse API that asked a series of questions to ensure each Story landed in the correct place, but since workers tended to like to communicate on Slack, it since has integrated communication through there to a revised bot that correctly places a Clubhouse card to the correct team and project and notifies the correct people.

“Anything you can think of wanting to accomplish as a human in Clubhouse, your code can accomplish with the API. Because of this, we have been able to very easily build integrations into our own tools and processes, which has made Clubhouse part of the fabric of how we get work done,” said Henry Hutcheson, a FullStory engineer.

The company has added an Observers capability, in which teams can grant read-only access to certain stakeholders; custom Epic workflows; multiple workspaces for teams within the same organization; and Story templates for common tasks such as bug fixes.

While the original product came out in 2016, it recently launched an enterprise version with added security, compliance and single sign-on capabilities.

Going forward, the company is working to add data streaming so companies can connect Clubhouse to its data warehouse for real-time reporting on their preferred metrics.

Susan Hall is the Sponsor Editor for The New Stack. Her job is to help sponsors attain the widest readership possible for their contributed content. She has written for The New Stack since its early days, as well as sites...
Read more from Susan Hall
SHARE THIS STORY
RELATED STORIES
How Bindle Makes It Easy to Store and Distribute Cloud Native Apps Cloud Lessons to Help Developers Improve ESG Impact New Book Identifies 26 Lines of Code that Changed the World Citi Shows Continuous Secure Ingestion for Software Packages Introduction to Kubernetes Imperative Commands
TNS owner Insight Partners is an investor in: LaunchDarkly.
SHARE THIS STORY
RELATED STORIES
Modern Attack Methods Jeopardize Cybersecurity Strategies Cloud Lessons to Help Developers Improve ESG Impact 'Hey GitHub!' Tries a Voice Interface for Copilot How to Build Your Own Decentralized Twitter Citi Shows Continuous Secure Ingestion for Software Packages
THE NEW STACK UPDATE A newsletter digest of the week’s most important stories & analyses.
The New stack does not sell your information or share it with unaffiliated third parties. By continuing, you agree to our Terms of Use and Privacy Policy.