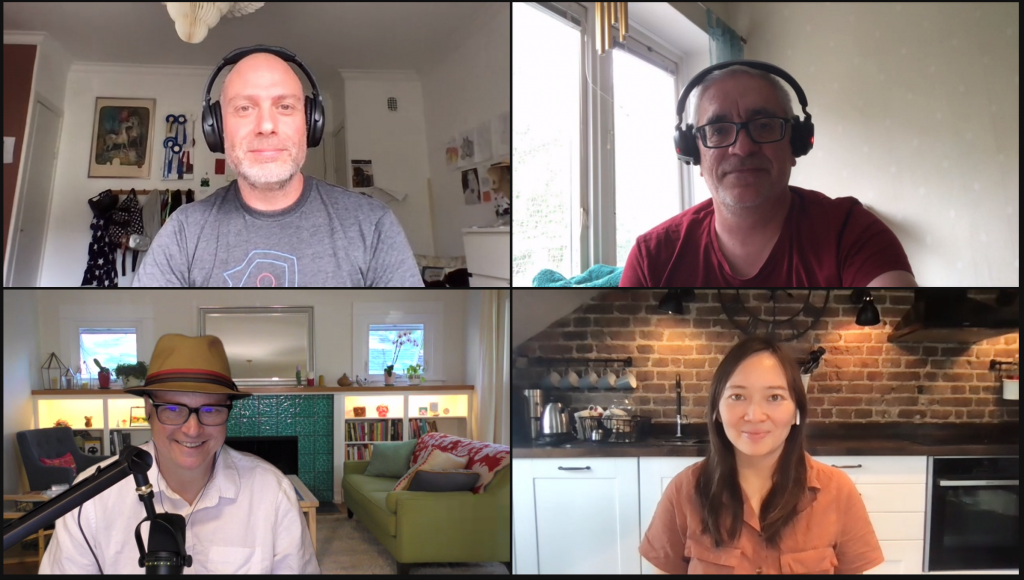 Once they have piloted Kubernetes, many organizations then want to scale up their K8s deployments, and run workloads across many clusters. But managing multiple clusters requires a new set of tools, ones that automate many routine and manual tasks. So, for its fifth Tech Radar report, the Cloud Native Computing Foundation surveyed the tools available for multicluster management, based on the input from its end-user community.

In this edition of The New Stack Makers podcast, we talk with two people who helped assemble the report, Federico Hernandez, principal engineer social media analysis provider Meltwater, and Simone Sciarrati, Meltwater engineering team lead. We chatted about the report’s findings and how the multicluster management tool landscape is taking shape. Co-hosting this episode is Alex Williams, founder and publisher of The New Stack and the Tech Radar’s organizer Cheryl Hung, CNCF vice president of ecosystem.

“If you start with one [cluster], then you might not consider that at some point, you’re going to have multiple clusters,” said Sciarrati. “And, so, which tools are going to be adaptable to that scenario? The CNCF is providing this kind of guidance and overview of what is available, and giving some kind of guidance of things you should think about.”

The survey found a wide range of technologies used for various parts of the job, including CNCF’s still-evolving KOPS and the Cluster API standard. 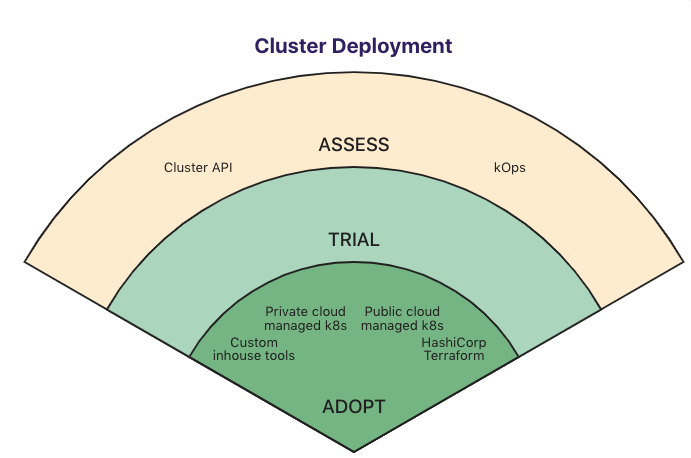 But one of the more interesting takeaways of the report was how organizations continue to rely on in-house developed tools — even those end-users already relying on Kubernetes managed service providers. “The reason for that is to adapt the Kubernetes building blocks to the internal ways of doing things to the applications that are being handled, and run by Kubernetes, and the entire ecosystem that lives inside that company.” said Hernandez. “So, you have a managed Kubernetes, but you need to somehow manage the managed Kubernetes, so it works the way you want it to in your company.”

Another factor is how organizations are also continuing to integrate their legacy infrastructure and operations, even once they have made the shift to cloud native environments.