The recent outbreak of the Coronavirus has not yet charged any plans for KubeCon + CloudNativeCon Europe, which is expected bring thousands of Kubernetes knowledge-seekers to Amstersdam, March 30 to April 2nd 2020. The Cloud Native Computing Foundation, which organizes the event has no plans, as of press time, to cancel the event.
Feb 10th, 2020 2:36pm by Joab Jackson 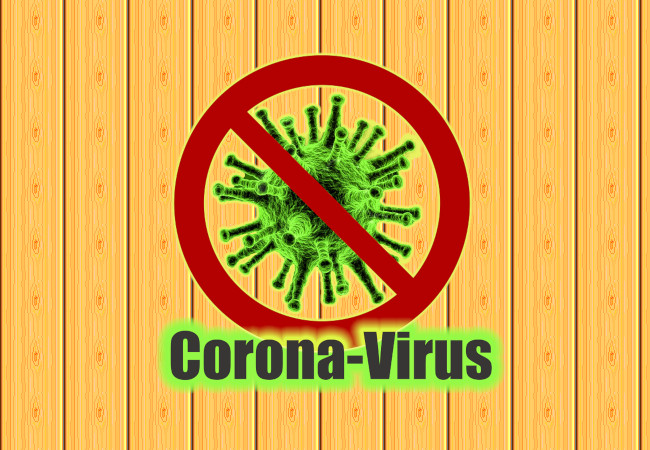 Despite worries around the spread of the coronavirus, the KubeCon + CloudNativeCon Europe conference — expected to bring thousands of Kubernetes knowledge-seekers to Amsterdam next month — will go on as planned, according to the Cloud Native Computing Foundation, the event’s organizers.

“The CNCF is closely monitoring the coronavirus situation and is very sympathetic for the challenging circumstances faced by our many partners in China,” a spokesperson e-mailed The New Stack. “Based on the current recommendations from the Centers for Disease Control, we expect KubeCon + CloudNativeCon Europe to go forward as planned from March 30 to April 2. We will, of course, be taking all recommended precautions to ensure that our attendees remain safe and healthy.”

Although KubeCon may be a bit too far off to worry about quite yet, health concerns around the 2019-nCoV infection have wreaked havoc on another upcoming tech show, Mobile World Conference, scheduled Feb. 24-27 in Barcelona. Citing safety concerns for their employees, a number of major vendors have pulled out from that event, including Amazon, Nvidia, Sony and Ericsson, according to news reports.

MWC is expected to draw 2,800 exhibitors and 100,000 attendees — though event organizers will limit attendees from China. It will take other precautions as well, such as increased cleaning of public hotspots such as handrails, public touch screens, bathrooms and speaker microphones, according to CNN.

The World Health Organization has designated the coronavirus outbreak to a global health emergency status. Nonetheless, the organization has stated that “There is no evidence at present to suggest that there is a community spread in Europe, so WHO/Europe is not currently requesting that large gatherings are canceled,” in a statement to Fortune magazine. LG Electronics, which pulled out from MWC, cited WHO’s recommendation that people “promote social distancing,” from one another.

It is difficult to judge the full potential impact of the new coronavirus as it spreads beyond its point of origin in the Wuhan province of China, given the number of unknowns around the incubation period, speed of transmissibility, the range of asymptomatic transmission, and other factors. “There are so many unknowns here,” noted Anthony S. Fauci, M.D., director of the National Institute of Allergy and Infectious Diseases (NIAID) at the National Institutes of Health, in a U.S. White House press briefing on Feb. 1.

As of Tuesday, more than 40,000 people have been infected, and 910 have died — including 97 people in China yesterday alone. It is now considered more deadly than the severe acute respiratory syndrome (SARS) outbreak in 2002-3, which killed 774 victims.

As of press time, no sponsors have pulled out from KubeCon though we will update this page as we learn more.

Feature image by _freakwave_ from Pixabay.

Joab Jackson is Editor-in-Chief for The New Stack, assuring that the TNS website gets a fresh batch of cloud native news, tutorials and perspectives each day. He has logged over 25 years in infrastructure IT journalism, including stints at IDG,...
Read more from Joab Jackson
SHARE THIS STORY
RELATED STORIES
MicroK8s and Portainer Is The Easiest Way to Deploy an Application on Kubernetes Rethinking Java @Scheduled Tasks in Kubernetes Managing the Cost of Kubernetes How to Simplify Kubernetes Updates and Reduce Risk Kubernetes App Deployment from the Command Line
TNS owner Insight Partners is an investor in: The New Stack.
SHARE THIS STORY
RELATED STORIES
Rethinking Java @Scheduled Tasks in Kubernetes Why Your Kubernetes Ship Is Sunk without Machine Learning DevOps: Kubernetes Help Desk or Self-Driven Innovation? Data, Analytics and AI: What Will Happen in 2023 How to Simplify Kubernetes Updates and Reduce Risk
THE NEW STACK UPDATE A newsletter digest of the week’s most important stories & analyses.
The New stack does not sell your information or share it with unaffiliated third parties. By continuing, you agree to our Terms of Use and Privacy Policy.