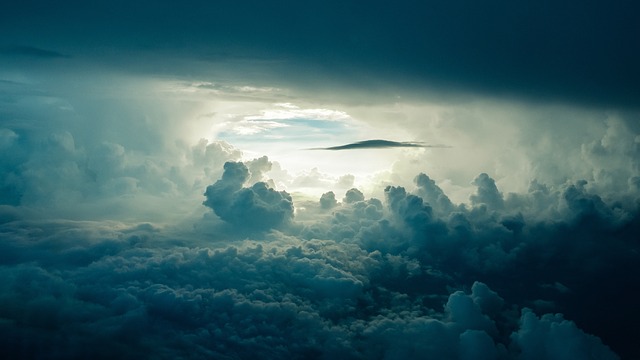 Packet, which offers hosted bare-metal servers for developers, and the Cloud Native Computing Foundation have banded together to offer free infrastructure for projects to advance cloud-native computing.

Called the CNCF Community Infrastructure Lab, it’s actually $25,000 a month in resources that Packet is donating on its existing infrastructure.

Developers can choose from five configurations of x86 and ARMv8 servers. Each bare-metal configuration is API-driven, cloud-native friendly and takes less than 10 minutes to deploy.

Packet does not impose multi-tenancy, virtualization, or an overlay network by default — allowing users to choose their own tools. And it includes carrier-grade features like the ability to announce your own IP space, BGP/Anycast, and native IPv6 support that enable networking tests across multiple locations and latencies.

“This is for all kinds of development reasons, for testing — scale testing, performance benchmarking,” said Jacob Smith, senior vice president of engagement at Packet. “Packet can offer automated infrastructure for developers without layers of virtualization, which is really handy when you’re developing technologies that go further and further down the stack.”

CNCF Executive Director Dan Kohn said New York City-based Packet will manage the infrastructure and CNCF will allocate the resources, which Packet will donate as credits.

CNCF will have an open, transparent process where any member projects, member companies or open source users, in general, can request credits. The organization will then rank them and prioritize its own projects and members, but “We do expect to have resources left over for others willing to run interesting things,” Kohn said.

“We’re looking for anything running on this infrastructure to be open source, then we’re looking for them to write up a blog post about it. But it doesn’t have to be, ‘Oh, here’s this fantastic experience’ for every piece of cloud-native technology. They also can write up a blog post describing why it was frustrating or issues they ran into,” he said.

Packet is working with ecosystem partners to bring new infrastructure primitives to the cloud, Smith said.

“So we’re able to give early access to CNCF users to emerging hardware,” he said. “We’re looking for a certain amount of scale, which can be pretty hard for developers to get access to — if you’re looking to deploy 100 or 200 nodes of bare-metal servers, it’s very expensive and difficult.”

Several members, projects and groups, including CoreDNS (service discovery), Prometheus (monitoring), and the continuous integration working group, already are using Packet infrastructure, Kohn said. A cross-project integration service called Cross Cloud has been getting early access as well. It’s in early stages but will be reporting to CNCF technical oversight committee next week.

“CNCF is building this stack of technologies — how do you get them to work together, how do you deploy successfully on multiple different clouds — those types of projects are very practical uses of this infrastructure, but we’re completely open to other ideas,’ Kohn said of the kinds of projects he expects to take advantage of these resources.

“Developers who just want to come along and say, ‘How well does CNI [networking] work when you network across 15 different locations at these kinds of high bandwidths?’ or pick any of our things — gRPC [remote procedure call] at 500 nodes all communicating with each other. We’re very open to supporting different types of tests.”

Smith pointed to Packet’s work last year with Docker on LinuxKit as an example where advancing the technology called for more resources.

“They really needed access to bare metal and they needed access to multiple architectures to develop the product because they were going really down into trying to build an operating system for containers. They didn’t want any layer between them; they wanted to be the layer. So that’s a good example where access to metal, versus access to other resources they had, was really valuable,” he said.

You can apply to use the resources here.

The Cloud Native Computing Foundation and Packet are sponsors of The New Stack.

Susan Hall is the Sponsor Editor for The New Stack. Her job is to help sponsors attain the widest readership possible for their contributed content. She has written for The New Stack since its early days, as well as sites...
Read more from Susan Hall
SHARE THIS STORY
RELATED STORIES
What LaunchDarkly Learned from 'Eating Its Own Dog Food' MicroK8s and Portainer Is The Easiest Way to Deploy an Application on Kubernetes Kubernetes Needs to Take a Lesson from Portainer on Ease-of-Use What Trouble Awaits Cloud Native Security in 2023? Crossplane: What Most People Get Wrong (and How to Get It Right)
TNS owner Insight Partners is an investor in: The New Stack, Docker.
SHARE THIS STORY
RELATED STORIES
Kinsing Malware Targets Kubernetes What Is the Docker .env File and How Do You Use It? Platform Engineering Won’t Kill the DevOps Star 4 Cloud Security Considerations for Financial Services Firms Kubernetes App Deployment from the Command Line
THE NEW STACK UPDATE A newsletter digest of the week’s most important stories & analyses.
The New stack does not sell your information or share it with unaffiliated third parties. By continuing, you agree to our Terms of Use and Privacy Policy.