Both the Meshery and Service Mesh Performance (SMP) projects joined the [sponsor_inline_mention slug="cncf" ]Cloud Native Computing Foundation[/sponsor_inline_mention] (CNCF) earlier this month at the Sandbox level.Meshery is a multi-service mesh management plane offering lifecycle, configuration, and performance management of service meshes and their workloads, while SMP is a standard for capturing and characterizing the details of infrastructure capacity, service mesh configuration, and workload metadata.
Jul 21st, 2021 1:43pm by Mike Melanson 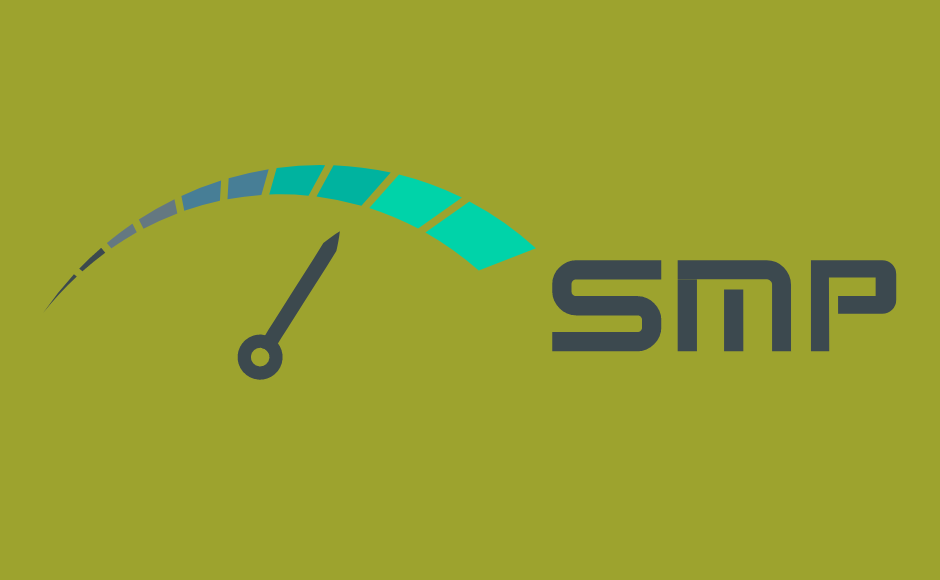 Both the Meshery and Service Mesh Performance (SMP) projects joined the Cloud Native Computing Foundation (CNCF) earlier this month at the Sandbox level.

When the projects first applied in April for inclusion, the Technical Oversight Committee (TOC) had one clarifying question for them: should they be combined with or aligned in some manner with the Service Mesh Interface (SMI) project?

Lee Calcote, founder of Layer5, the company partly behind both of the projects, explained that it was an alluring prospect for the CNCF, but that, for the time being at least, the projects would continue on their own separate paths.

“For the TOC, what was enticing about that particular consideration is, this would mean the CNCF would then have a would then have a project that says, ‘Here is what makes a service mesh,’ and then here’s the thing that verifies that, in fact, it is a certain kind of a service mesh,” said Calcote. “So all in one project, it’s defining things that are service meshes, validating that, in fact, they adhere to these specifications that they are what they say they are, and then Meshery does more on top of that, in terms of helping people get run service mesh successfully.”

Calcote, who also serves as the chair of the Network special interest group (SIG) at the CNCF, said he then presented to the CNCF the following diagram, which shows the relation between the three projects. For the time being, he said, both SMI and SMP are “relatively younger projects, both of which still are figuring out what they want to be when they grow up,” and may be considered for consolidation later on down the line, while Meshery has a larger focus than the two projects and will definitely be kept on its own. 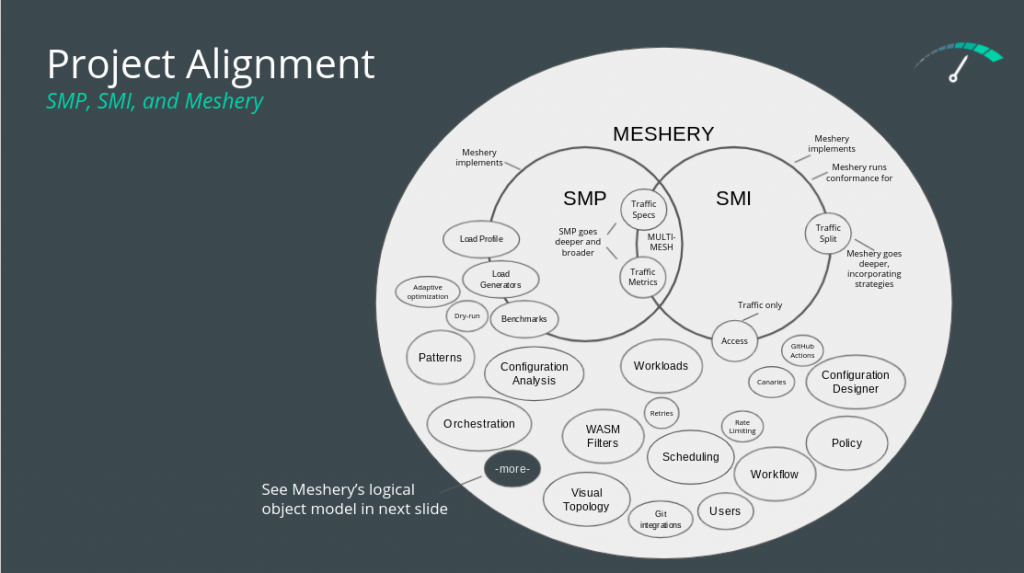 While the SMI works to define the broadest characteristics that could apply to something defined as a service mesh, looking for the lowest common denominator, Meshery works in the opposite direction, trying to accentuate the differences and strengths of the individual services meshes. SMP, meanwhile, is more of a specification and works to provide a common format for capturing and describing data around the performance of the service mesh itself.

“It’s a multi-mesh world, that Meshery and SMI approach slightly differently, in so much as Meshery has 10 different adapters for 10 different service meshes, and it does so to allow each individual service mesh to expose its differentiated value, while SMI’s approach to that same goal is to provide a unified set of abstractions, a unified set of APIs,” explained Calcote. “Meshery doesn’t constrain your interaction to the lowest common denominator. Rather, it exposes the differentiated value of each mesh.”

“We’re trying to provide people with tools to characterize the performance of these environments. The characterizations here aren’t limited to a service mesh. They don’t only take into account the mesh. That’s actually part of why SMP is different than SMI. It is that SMP says, ‘It’s all the things, it’s your clusters and your nodes. It’s what workloads you’re running,” said Calcote. “Part of its goal is, alongside Meshery, to help in a vendor-neutral way to facilitate choice of service mesh, to help people understand the overhead involved in running a bunch of proxies.”

Armed with this information, they can then use Meshery to deploy and operate any of the 10 service meshes it comes with adaptors for. Calcote said that Meshery will try to complement the existing service mesh control plane, in order to make operation easier and to add on other functionality, such as facilitating chaos engineering, or even taking on some level of business logic, given its access to every packet moving over the network.

“Part of the belief is that service meshes are an inevitable new layer in your cloud native infrastructure that over time will be a ubiquitous component,” said Calcote. “There’s a lot that can be done in the network, a lot of intelligence, and so Meshery, as a management plane, picks off some of those features.”

Mike is a freelance writer, editor, and all-around techie wordsmith. Mike has written for publications such as ReadWriteWeb, Venturebeat, and ProgrammableWeb. His first computer was a "portable" suitcase Compaq and he remembers 1200 baud quite clearly.
Read more from Mike Melanson
SHARE THIS STORY
RELATED STORIES
Kubernetes App Deployment from the Command Line Choosing the Right Container Native Storage for AWS Public Cloud Entrepreneurship for Engineers: Building for Customers’ Love I Need to Talk to You about Kubernetes GitOps Swarm, a User-Friendly Alternative to Kubernetes
The Cloud Native Computing Foundation is a sponsor of The New Stack.
SHARE THIS STORY
RELATED STORIES
5 Best Practices for DevSecOps Teams to Ensure Compliance Kubernetes Needs to Take a Lesson from Portainer on Ease-of-Use Data, Analytics and AI: What Will Happen in 2023 Kubernetes App Deployment from the Command Line Microsoft Makes Azure Load Testing Generally Available
THE NEW STACK UPDATE A newsletter digest of the week’s most important stories & analyses.
The New stack does not sell your information or share it with unaffiliated third parties. By continuing, you agree to our Terms of Use and Privacy Policy.