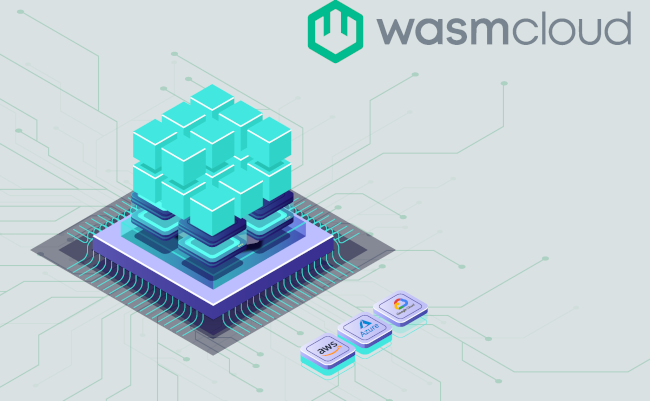 Cosmonic, the company behind the WebAssembly-based wasmCloud distributed application framework for microservices, has announced that the Cloud Native Computing Foundation (CNCF) has accepted wasmCloud as its latest Sandbox project.

Liam Randall, founder of Cosmonic, said he believes WebAssembly (WASM) is the future of distributed computing: “WebAssembly is on the path to becoming as important and as ubiquitous in the enterprise as the container.”

“We’re still just scratching the surface of where WASM will go and we’ll see more attention applied to it, with pilot examples appearing toward the end of the year,” said Jason English, principal analyst and CMO at Intellyx. “WebAssembly technology holds great potential promise for modernization of existing application code into more responsive, high-performance and portable apps that can run alongside JavaScript in any browser. I can see the potential of very complex forms of business logic someday being executed using browser-supported resources, but right now WASM is barely starting to be used for graphics and processor-intensive uses like VR and gaming.”

However, “WebAssembly in the cloud is already being driven forward by a thriving ecosystem of open source projects, and we’re standing on the shoulders of giants here,” said Kevin Hoffman, wasmCloud co-founder and tech lead, in a statement. “By donating wasmCloud to the CNCF, we hope to contribute to the growth of this community and accelerate wasmCloud’s adoption.”

The wasmCloud project has nearly 80 contributors and now stands as one of four early-stage enterprise WebAssembly projects joining the CNCF as Sandbox projects, alongside Krustlet, Krator and Orcas.

The elimination of boilerplate code means faster development time and lower lifetime maintenance costs, Randall said. And in addition to the enhanced portability WebAssembly affords as well as the security of the WebAssembly sandbox, wasmCloud provides near-native performance and a smaller footprint for fast scaling time, he noted.

Randall, a serial entrepreneur, particularly in the container and Kubernetes space, likes to talk about the “epochs of technology” and how each new theme builds on top of the last.

From virtual machines to containers and Kubernetes and now to WebAssembly, “We’re moving up the stack to where developers have to worry about less because we’re pushing higher and higher level abstractions onto the lower pieces” of the stack, Randall said.

Yet each epoch brought its own baggage and assumptions with it, he noted. Such that the developer of 2021 faces significant though not necessarily new challenges in security, the rise in different CPU architectures and portability of distributed capabilities.

WasmCloud, via its WebAssembly roots, can help developers transition to a world where applications are truly portable, not just across where they execute, but also around the libraries and things that they build, Randall said.

“Let’s think of WebAssembly as very similar to a virtual CPU,” he said. “So, think of it just as an execution environment. Now, one of its great value props that it has is security. So first, it’s not like Java, where it has a language that comes with it. It’s a compilation target. We can take our existing applications in the existing languages that we know and love. And we can compile them down to this virtual CPU. Now this virtual CPU brings some really great security value props.”

And, remember, wasmCloud runs by a deny-by-default mode where you have to explicitly grant capabilities. “No longer do we let child applications have the same rights as their parents, we sort of give them very piecemeal access to things and WebAssembly lets you do that on servers, on desktops, on little, tiny devices and everywhere,” Randall said.

“Over the past 30 years, we’ve witnessed the decoupling of enterprise applications from their environments — from applications written for specific hardware to virtual machines orchestrated by public clouds — and now shared containers for shipping applications with reproducible environments,” Randall said in a statement.

WasmCloud helps developers address new, evolving challenges with open, potable technologies and, he added, “a higher level of abstraction that replaces vendor-specific libraries with declarative actors that can use common capabilities like databases, message queues and web servers.”