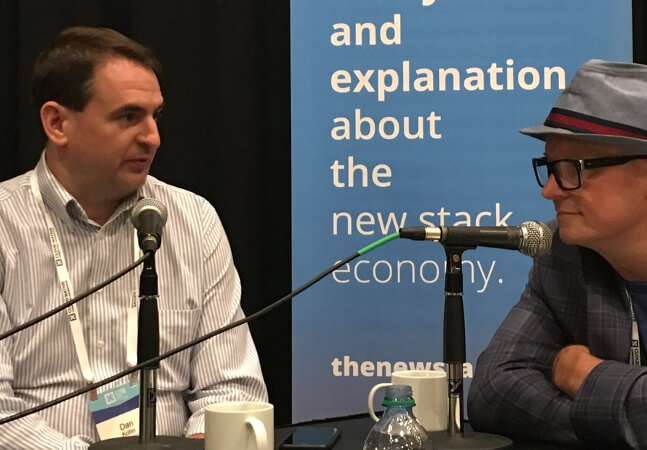 Docker containerization has established itself as a winner with developers. But now many organizations are looking to move these containers into production and the choices are plenty, said Dan Kohn, the new executive director of the Cloud Native Computing Foundation (CNCF) in late August at Cloud Native Day in Toronto in an interview with The New Stack.

Kohn, who recently joined CNCF as executive director, is a returning veteran of the open source community. He worked with Linux Foundation Executive Director Jim Zemlin back in the days when that organization battled Microsoft. Today, Microsoft is sponsoring Linux Foundation events, showing pretty much how open source essentially won.

“We’re really just in this brave new world where Linux has won, but it’s also a little bit boring,” Kohn said. “It’s just assumed” that things will be running Linux.

As Linux has staked its claim on the developer landscape, so too has Docker.

“Docker containers have won for development,” Kohn said. “There’s no question this is the most successful developer technology around. Now people need to move it to production. There’s multiple options for doing that and none of them have won yet.”

He went on to explain that Docker Swarm is a viable choice, while CNCF-managed Kubernetes currently has the greatest market share in the realm of container orchestrators. Proprietary options such as Amazon’s EC2 are also options to consider, though the current tide appears to be pushing toward open source orchestration solutions.

The CNCF is developing a set of software stacks that people can use in production, Kohn said. These are the building blocks that companies may use to build their own customized open source stack.

“The expectation is vendors are going to look at a stack but will yank out projects,” he said. “Or that enterprises will put their own proprietary software or project in. We think all approaches are valid cloud-native architectures. What we are trying to do is create a set of roadmaps that get people to a destination.”

Powering these roadmaps is the recently announced CNCF Community Cluster. With over 1,000 nodes on Intel-powered servers, these are free to any software developer wanting to test how their project will perform at scale. Kohn explained that all developers have to do to get access to these servers is submit a GitHub issue along with, “Being open source and trying to advance some aspect of cloud-native by containerizing their application or service.”

“The overarching message we’re trying to communicate for the CNCF is about building a narrative that cloud-native computing is the safe, native way for building applications,” he said. “The reality is there are a lot of new areas to this. There are a ton of aspects where folks are working out the best practices. One of the things we can do is try to document that.”

Cisco, CNCF and Docker are sponsors of The New Stack.