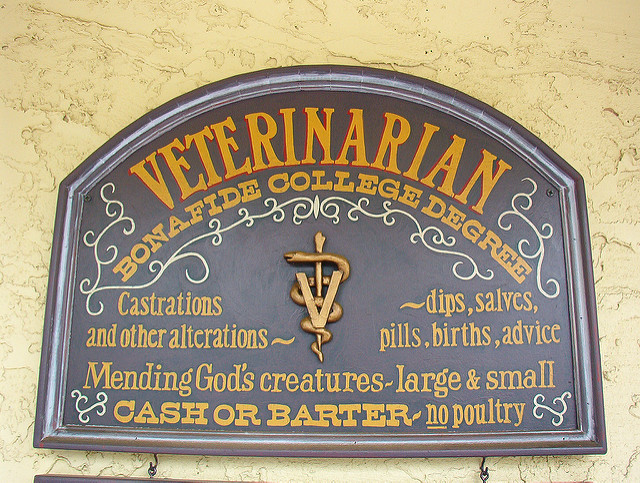 When it comes to monitoring, Cobe.io embeds the vet within the horse.

Backing up: Cobe.io execs like to tell the tale of the customer at the stable waiting on a veterinarian to tend to a sick horse. An expert solution provider (the veterinarian), is called to take care of a critical asset (the horse) on an emergency call at a given place and time. But what if it gets sick in one stable, but before the vet receives the emergency call, the horse is someplace else?

In Cobe’s approach to the distributed nature of monitoring the Kubernetes open source container orchestration, “Wherever the horse pops up, the vet is there, too.”

It’s part of London-based Abilisoft, which has been developing monitoring solutions since 2005, but says that complex, ephemeral microservices and containerized environments are forcing vendors of monitoring and management solutions back to the “we need to get the basics right” stage.

Python-based Cobe, which is in beta, is a searchable live topology platform that captures all the relationships, performance data and alarms in full context.

It’s focused on Kubernetes but also monitors common technologies such as NGINX, Redis, MySQL and PostgreSQL.

Using an agent called entityd, which it has open sourced — or just by deploying its Docker image — Cobe gathers data from your Kubernetes clusters and builds a topological model (a directed multigraph) of your environment. The model tracks all the Kubernetes resources found in real time, their attributes (associated performance data, alarms, etc.) and relationships between each of the resources. This data is exposed on APIs so it can be consumed. 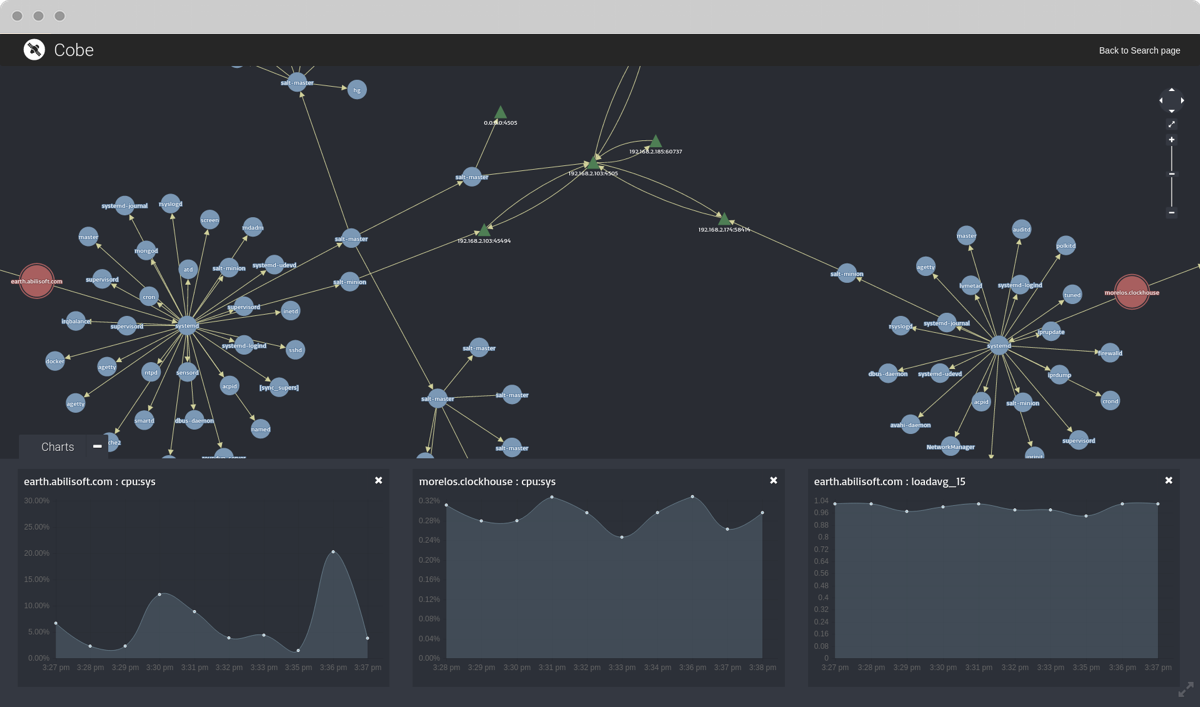 Cobe’s user interface is one of these consumers, but the APIs use standard approaches like REST so it is easy to hook up other tools, solutions and automations to underpin your workflows.

All the data is indexed for search, making it easy to find information about clusters through the user interface or the Cobe model API. You can search for “redis pod” and discover all the Kubernetes pods running Redis in containers on the cluster, including a stack of related metrics and related resources, like the namespace those pods are running in.

It says Kubernetes monitoring and visualization tools are in their infancy. Its rivals include Prometheus (embedded into CoreOS, Weaveworks and other packages), Heapster (Deis), Datadog, Sysdig Cloud and others, though it points out many competitors in the space aren’t solely focused on Kubernetes. It also views rivals also as potential partners.

It points to three differentiators:

Its customers are traditional enterprise and telco providers who will continue to provide legacy applications but also need to unify service discovery and management as they begin to deploy microservices.

“Established providers of monitoring solutions officially recognize the importance of containerization, and at the same time downplay it, to buy themselves more time,” according to Coutinho.

“They have a massive challenge of scaling up their data analysis engines, and even more, addressing the nature of microservices, which come and go within seconds. They all need to change the operational paradigm to cope with challenges microservices pose. And they will, but this will take time.”

In the meantime, IT operations and DevOps teams still need the right tools to get their jobs done.

Cobe enables organizations using microservices to massively scale up their infrastructures without additional operational overhead. And it can integrate with existing infrastructure-management and event-management systems, allowing companies to continue to benefit from their original investments, according to the company.

Going forward, it wants to add the capability to preserve a “historical model,” so analytics can determine what’s changed and any associated effects, and to add searchable log data to the mix.

CoreOS, Docker, Sysdig are sponsors of The New Stack.