COBOL Is Everywhere. Who Will Maintain It? 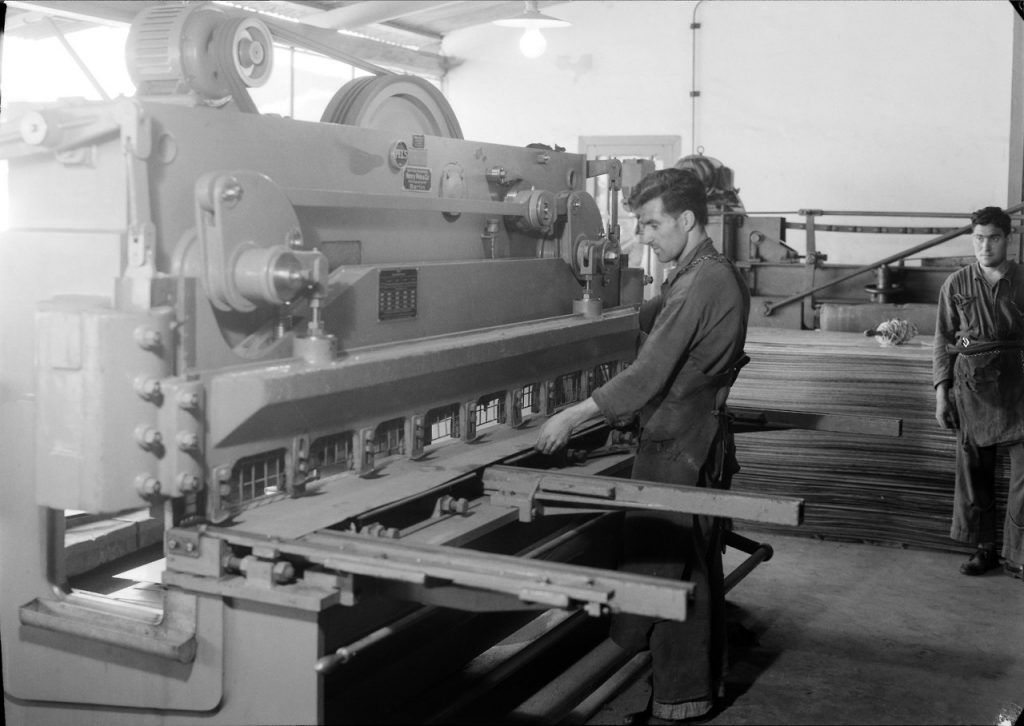 Think COBOL is dead? About 95 percent of ATM swipes use COBOL code, Reuters reported in April, and the 58-year-old language even powers 80 percent of in-person transactions. In fact, Reuters calculates that there’s still 220 billion lines of COBOL code currently being used in production today, and that every day, COBOL systems handle $3 trillion in commerce. Back in 2014, the prevalence of COBOL drew some concern from the trade newspaper American Banker.

“The mainframe was supposed to have been be replaced by farms of smaller commodity servers and cloud computing by now, but it still endures at many banks,” the trade pub reported.

But should we be concerned that so much of our financial infrastructure runs on an ancient infrastructure? American Banker found 92 of the top 100 banks were still using mainframe computers — and so were 71 percent of the companies in the Fortune 500. As recently as five years ago, the IT group at the Bank of New York Mellon had to tend to 112,500 different COBOL programs — 343 million lines of code, according to a 2012 article in Computerworld. And today a quick Google search today shows the Bank of New York Mellon is still hiring COBOL developers.

COBOL was originally developed in the 1950s as a stop-gap by the Department of Defense, but then computer manufacturers began supporting it, “resulting in widespread adoption,” according to Wikipedia. Now the Eisenhower-era programming language — based on design work by Grace Hopper — is everywhere. And because it’s so entrenched it can be difficult to transition to a new language. Reuters reported in April that when Commonwealth Bank of Australia replaced its core COBOL platform in 2012, it took five years — and cost $749.9 million.

One COBOL programmer told the Tampa Bay Times his experience with a company transitioning to Java from COBOL. “It’s taken them four years, and they’re still not done.”

There’s now some concerns about where the next generation of COBOL programmers will come from. In 2014, American Banker reported banks are “having trouble finding talented young techies who want to work in a bank and a shortage of people with mainframe and COBOL skills.” The CIO at the $38 billion-asset First Niagara Financial Group in Buffalo said they can’t compete with Google and Facebook when it comes to offering young techies a “cool” workplace for their resume.

And then there’s the language itself. “COBOL isn’t as sexy as working with Elixir, or Golang,” argued The Next Web. COBOL historically hasn’t been the most attractive option for a hip young programmer, admitted to Stuart McGill, chief technology officer at development tools vendor Micro Focus. Back in 2009, he was telling Computerworld, “If you’ve been trained on Windows using Virtual Studio the last thing you want to do is go back to the mainframe.”

In a March thread on Hacker News, someone described learning COBOL as “like swallowing a barbed cube-shaped pill,” lamenting the decades-old legacy code “swamped with technical debt…modified, extended, updated, moved to new hardware over and over… Documentation, if any, is hopelessly out of date.”

Another commenter complained that “You will most likely spend the rest of your career doing maintenance work rather than any greenfield development. There is nothing wrong with that but not everybody likes the fact they can’t create something new.”

And a May 2016 study published by Congress’ Government Accountability Office criticized the U.S. Department of Justice and the Treasury Department for their legacy COBOL systems. It found many agencies were using COBOL — including the Department of Homeland Security (which uses COBOL and other languages to track hiring for immigration and customs enforcement agents on a 2008 IBM z10 mainframe). Veterans’ benefits claims were also tracked with a COBOL system, and the Social Security Administration was using COBOL to calculate retirement benefits. (In fact, the SSA had to re-hire some retired employees just to maintain its existing COBOL systems, according to the report.)Even the Department of Justice’s Information about the inmate population passes through a hybrid COBOL/Java system.

There have been reports that some institutions are still clinging to elderly COBOL programmers — suggesting they’re having trouble finding qualified replacements. In 2014, Bob Olson, a vice president at Unisys, even told American Banker about a government client with an IT worker “who’s on oxygen. He’s 70 years old, he knows the keys to the kingdom, he knows where everything is, it’s all sitting in his head. They send out a police car to pick him up every morning and bring him into work in a vault-like room.”

Of course, this has also created some opportunities. 75-year-old Bill Hinshaw, a former COBOL programmer, has even founded a company in northern Texas named COBOL Cowboys. (And yes, their client list includes at least five banks.) The company’s slogan? “Not our first rodeo.” 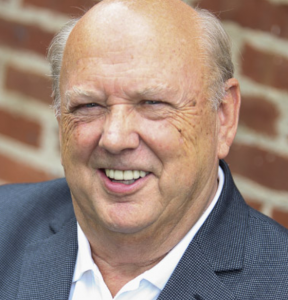 “Some of the software I wrote for banks in the 1970s is still being used,” Hinshaw told Reuters. “After researching many published articles (both positive and negative) on the future life of COBOL, we came away with renewed confidence in its continued life in the coming years,” explained the company’s web page. It cites IBM enhancements which allow Cobol and Java to run together on mainframes.

Reuters reported that Hinshaw divides his time between 32 children and grandchildren “and helping U.S. companies avert crippling computer meltdowns.” When he started programming, instructions were coded into punch cards which were fed into mainframes. But decades later, when he finally reached retirement age, “calls from former clients just kept coming.”

They’re willing to pay almost anything, he told Reuters, and “You better believe they are nice since they have a problem only you can fix.” Some companies even offered him a full-time position.

The company boasts some retirement age coders on its roster, as well as some “youngsters” who are in their 40s and early 50s.

There are strong reactions to a recent article arguing banks should let COBOL die. “The idea that large corporations are simply going to move on from COBOL is out of touch with reality,” one commenter wrote on Hacker News. “It really can’t be overstated how deeply old COBOL programs are embedded into these corporations. I worked for one that had been using them since the language itself was created, and while they all could see the writing on the wall, the money to do the change simply wasn’t there.”

But they also believed it would be possible to find new programmers. “They just need to maintain and occasionally update some ancient program that’s been rock-solid for longer than they’ve been alive.”

Computerworld also reported that there were 75 schools in the U.S. that were still teaching COBOL, “thanks in part to efforts by companies like IBM.” American Banker found they were mostly community colleges and technical schools, though it adds that 68,000 students entered IBM’s “Master the Mainframe” contest between 2012 and 2014. Last month IBM told Reuters that over the last 12 years they’ve trained more than 180,000 developers through fellowships and other training programs — which averages out to 15,000 a year. One IBM fellow insisted that “Just because a language is 50 years old, doesn’t mean that it isn’t good.” So there are at least some channels in place to create new COBOL programmers.

Leon Kappelman, a professor of information systems at the University of North Texas, says he’s been hearing dire predictions about COBOL’s future for the last 30 years. Last year he told CIO magazine, undergrads who take the school’s two classes in mainframe COBOL “tend to earn about $10,000 per year more starting out than those that don’t.” He also believes it’s a secure career because large organizations rarely have a compelling business case for replacing their COBOL code with something new.

“The potential for career advancement could be limited, so you get a lot of job security – but it could get boring.”

Some commenters on Hacker News see the issue pragmatically. “What you have to remember is that when the COBOL code was written, it replaced hundreds, maybe thousands of people doing manual data entry and manipulation, maybe even pen-on-paper,” one commenter wrote in April. “That gives you a fantastic return on investment. After that’s been done, replacing one computer system with a newer one is completely different, a spectacular case of diminishing returns.”

So business remains strong for the Cobol Cowboys. Recent press coverage (including the Reuters article) brought visitors from 125 countries to their website — and over 300 requests to join their group. I contacted CEO Hinshaw to ask him about the language’s future, and Hinshaw says he feels there’s a renewed interest COBOL that “may help to bring the younger generation of programmers into COBOL if they can overcome the negative press on COBOL and concentrate on a career of backroom business solutions written in COBOL.” He points out that the billions of lines of code obviously represent “60+ years of proven business rules.”

Even if companies transitioned to Java, the problem could recur later. “Will a future generation of young programmers want to transition away from Java to a newer language — and companies will have to once again go through another expensive and time-consuming transition.”

“Only time will tell if COBOL programmers are a dying breed, or a new breed embracing COBOL comes riding onto the scene….”

SHARE THIS STORY
RELATED STORIES
Golden Paths Start with a Shift Left How to Get Started Filling 3.4 Million Cybersecurity Jobs 2022 in Review: AI, IT Armies, and Poems about Food 2023 Will Be the Year FinOps Shifts Left Toward Engineering CES 2023: Robots, Astronauts, Schwarzenegger and Flying Cars
SHARE THIS STORY
RELATED STORIES
A Brief DevOps History: The Road to CI/CD Java's James Gosling on Fame, Freedom, Failure Modes and Fun 2022 in Review: AI, IT Armies, and Poems about Food Entrepreneurship for Engineers: Building for Customers’ Love Snack Stack: Turning Winter Comfort Food up to 11
THE NEW STACK UPDATE A newsletter digest of the week’s most important stories & analyses.
The New stack does not sell your information or share it with unaffiliated third parties. By continuing, you agree to our Terms of Use and Privacy Policy.