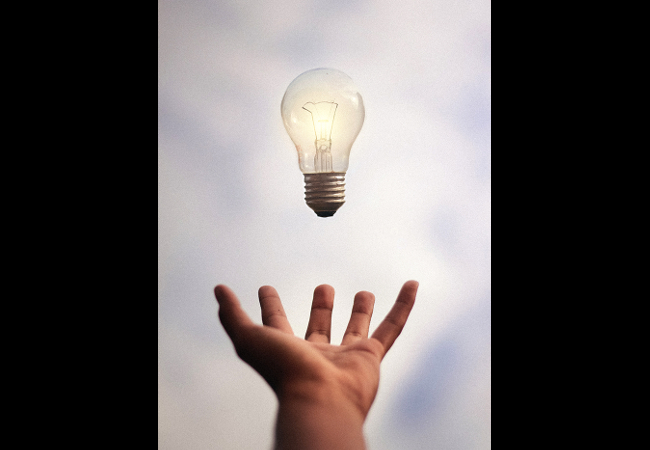 The tech incubator/co-working space/academy where I am a member is, on the surface, very eco-friendly. Low-watt LED lighting, low-flow commodes in the bathrooms and 100 percent recycled paper products. Recycling bins everywhere. There is even a composting bin in the communal kitchen for coffee grounds and the biodegradable paper plates required for any catered event where food is served. The smart, open-minded techies and entrepreneurs here all bring their meals in reusable containers, carried in reusable bags slung on their back during their bike/scooter/on-foot trip into the office. And yet.

And yet, at the end of the day, when everyone departs for their zero carbon footprint, non-motorized commute back home — when the last startup founder and haggard boot camp student has staggered out the front door — every light in the whole place stays on. The air conditioning continues blasting out an icy 65 degrees in an empty space. Six different wall-mounted flat panel HDTVs brightly display their default greeting screens to no one. The stylish Edison light fixtures and festive strings of twinkle lights glow on and on. All this could be fairly easily shut down, if anyone could find the iPad that controls all the everything, but if it’s actually findable then the battery is inevitably dead.

All this drives me insane. The six so-called smart TVs don’t have external power buttons and god knows where the remotes went, so I can’t turn them off when I leave (see missing and/or dead iPad IOT controller, above). Ditto the lights. Ditto the arctic AC. I’m like, would we seriously walk out of our own homes and leave all the screens and all the lights on and the heat or cooling blasting?  Pretty sure not. So why here? When I ask other coworking space denizens, they shift eyes away and mumble something about how they just rent space, it’s someone else’s responsibility to manage this stuff. The same someone else, presumably, who should be minding the iPad. So, since it’s not anybody’s particular job to take care of power cycling the campus, nobody does it.

Globally,  data centers used about 3 percent of the total electricity used in the entire world, about 40 percent more than the whole United Kingdom uses.

This is not just me griping about my shared office/teaching space. This is bigger. This is you, dear reader. This is all of us. This eco-aware, state-of-the-art tech incubator and its collective blindness to its needless energy consumption is a metaphor for the entire tech sector’s global, greedy, heedless gobbling of electricity.

Some data for you: U.S. data centers use more than 90 billion kilowatt-hours of electricity a year, requiring roughly 34 giant (500-megawatt) emissions-belching coal-fired power plants. Globally, data centers used roughly 416 terawatts (4.16 x 1014 watts) in 2017 — or about 3 percent of the total electricity used in the entire world. That was 40 percent more than the whole United Kingdom used. And this consumption is on pace to double every four years.

Overall, tech — devices, data centers, networking and manufacturing — used around 12 percent of the world’s electricity in 2017. Data centers account for a full 1/5th of that astounding figure. This same report, commissioned by Greenpeace, estimates our use as growing 7 percent annually over the next 15 years. That’s twice as fast as the global average, so tech’s share of electricity consumption will continue to grow. And that is based on current models, before IOT and AI and driverless everything truly takes off… so all bets are off on actual future usage. All we know is, it gonna be a lot.

It all seems so huge and abstract, and it’s easy to feel helpless. Hey, it’s not my job to find and charge up the iPad. The fact is, though, that as developers we do have the power to change this for the better, both individually and collectively — and quite easily.

Think about it. We’re an agile sector run by smart woke folks, and clearly, a big customer collectively speaking. We could certainly nudge the energy industry towards renewable power for the whole world simply by asking for it. The advent of cloud computing, in particular, puts this power in our hands: when the time comes for our company or client to shop for cloud hosting, we can make it clear we are choosing options powered by renewable energy sources.

Let’s make this concrete: there is no reason to not have all of our servers in all our data centers worldwide running on renewable power. The major players in tech have already gotten there — Google, Apple, and Facebook are 100 percent sustainable (makes slant eyes toward Amazon and Netflix, which each get a Greenpeace grade of “D” when it comes to using clean power and efficient data centers).

Even low-level everyday devs like me can help roll this rock forward. Push your company to be aware. You don’t need to buy your own data center, just hire your service from one that is renewable. If you like your current supplier but they are currently at 0 percent renewable energy, tell them you want them to have a five-year plan for getting there: first 20 percent, then 50 percent, then 100 percent over next five years. This puts pressure on the suppliers to get there themselves.

It all trickles upward from us, dear ones. One of the reasons that Amazon gets such a low grade is that their major East Coast U.S. data centers are located in Virginia, a state apparently giving few shits about clean power. But if customers like us demand that AWS have a clean power plan, Amazon in turn is going to put pressure on the region to find some options other than coal. And we all know that state governments practically pee their pants to make Amazon happy, right?

All we have to do is ask. And find the damn charger for the IOT iPad.

SHARE THIS STORY
RELATED STORIES
Introduction to Kubernetes Imperative Commands Snack Stack: If Programming Languages Were Desserts ... How Bindle Makes It Easy to Store and Distribute Cloud Native Apps AWS Serves Up Tools for Data Heads, Cloud Native Security Need to Scale Apache Kafka? Switch to Apache Pulsar
TNS owner Insight Partners is an investor in: Coast.
SHARE THIS STORY
RELATED STORIES
Promises in JavaScript: A Primer Lighting a Bonfire Under Social Media: Devs and ActivityPub 'Hey GitHub!' Tries a Voice Interface for Copilot Rust and the OS, the Web, Database and Other Languages AWS Serves Up Tools for Data Heads, Cloud Native Security
THE NEW STACK UPDATE A newsletter digest of the week’s most important stories & analyses.
The New stack does not sell your information or share it with unaffiliated third parties. By continuing, you agree to our Terms of Use and Privacy Policy.