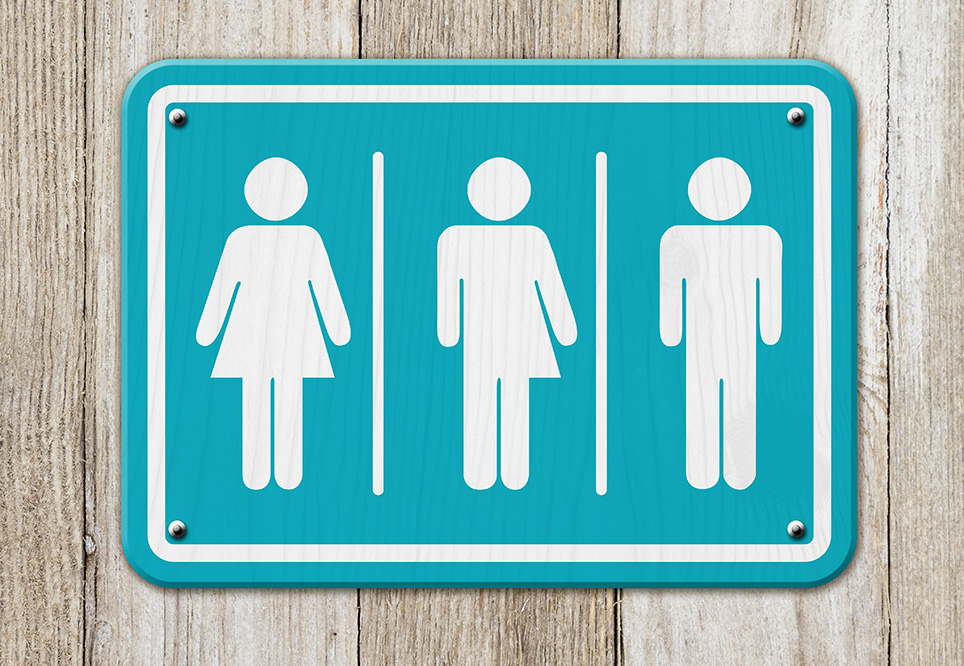 We all know there’s a gender gap in tech. No news there. Sometimes this is maddening — it can be weird to be the only woman in a meeting, on a team, or even in a whole damn startup company.

But the gap can also be kind of a good thing sometimes. Like at the Node Interactive conference last year, where at one point there was actually a bit of a line for the men’s room in the main convention hall. The women’s bathroom, by comparison, had acres of gleaming, unoccupied stalls available and waiting for those of us who don’t stand up whilst peeing. Several of us enjoying the commodious distaff facilities shared a laugh over by the hand washing sinks at how the Node dudes got to see what it’s like to queue up for the loo!

Really, though, the consolations of being in a minority are usually pretty paltry. The node.js and JavaScript events national-level events I’ve attended have been more gender-balanced, participant-wise, than other flavors. Perhaps because these days more women are making a career in front-end web development than in containers and Kubernetes. But I also notice that much of the time, when I first meet other devs at these events, their first guess is that I’m not an attendee. Perhaps I’m a sales rep escaped from the swag table or one of the organizers actually running the conference.  Maybe I’m there to speak on one of those inevitable, and usually poorly attended, “Diversity in Tech” panels.

I quickly set them right — I’m here for the same skill sharing and knowledge building opportunities you are, bucko. Check my Heroku socks, I earned those bad boys, and I can screw things up by not setting the right env var before running a new DROP DB script with the best of you stand-up urinators. And really it’s all been pretty friendly. I felt pretty ok about things, anyway, because there are news stories about more and more women choosing tech careers —and tech companies investing in getting them there. My assumption was this was a passing phenomenon, and gradually we will approach something resembling a gender balance on your average DevOps team. That the experience of being the only woman in the room will eventually just not occur anymore.

When I first meet other devs at these events, their first guess is that I’m not an attendee. Perhaps I’m a sales rep escaped from the swag table, or one of the organizers actually running the conference.

Then last week I got a gander at the 2018 State of JavaScript survey.  I’ve really liked these surveys Sacha Greif has spearheaded the past couple years. They’re an honest and intelligent inside look at the JavaScript ecosystem and all those of us who toil within.  In 2018, though, for the first time there was a question about gender on the survey when I was filling it out. I of course clicked ‘female’ (other options: male, nonbinary, other. Other?).  I paused at the time, trying to guess how many of us Jills of JavaScript there might actually be these days. Fifteen percent? Twenty? Maybe even higher? Judging by the JavaScript meetups I go to, this seemed a reasonable number.

When I saw the results were out, the gender numbers were the second thing I looked at (after the results for frontend frameworks… oh, poor Ember). I was curious if my 20 percent guess was close. Well, it wasn’t. Not by a magnitude of four. (Or is that 1/4? See, I am living proof you don’t have to be good at math to be a programmer!)

Swimming in that sea of #ED736F red squares is not an 80/20 breakdown, but a 95/5 one.  Approximately five percent of JavaScript developers surveyed identified as female. Throw in the non-binaries and others and we make it 7.5 percent non-male. Stack Overflow does a similar survey, and has obtained similar numbers: 6.9 percent female, 0.9 percent other).

I was floored. Still am. Only one in twenty JavaScript devs are female? That seems… extreme. But the numbers are the numbers. I would still like to believe that the tally is artificially low. That the most junior ranks of JavaScript have higher female to male ratios, only for whatever reason they didn’t feel qualified to participate in the survey. Although that theory gets dropped by the numbers, again, which show that almost 40 percent of respondents reported work experience between 1-5 years in the field.

There are so many earnest essays out there about why there are so few women in tech. I’m not writing another one, not here and not today anyway. It’s just baffling to me that this is so, when study after study shows that up through their high school years, girls and boys have comparable abilities in the STEM subjects. Yes, double X chromosome bearers as a category do have demonstrable advantages in language-related subjects. But boys feel OK about becoming writers. What’s up with girls and coding?

There is no easy answer. If there was, we would have solved this by now — tech people are smart people. This does not, however, mean we get to stop asking the question.

We need to keep insisting, and talking, and trying to figure this out. It’s important to more than the number/gender breakdown of technical teams. Emily Smith, who has nearly fifteen years of experience in computer science and electrical engineering as well as being a former director of Girls Who Code, puts it this way:

The implications are farther reaching than you might expect. Teams that are more diverse build better solutions. Who wants to live in a world where everything we use is made by the same type of person, particularly when those products are social networks used by millions upon millions of people around the globe? Homogeneous teams have left essential problems unsolved, like Twitter’s unwieldy troll problem, an issue male engineers hadn’t considered when designing the platform. Or they’ve solved problems poorly, as was the case recently when Amazon launched an automated recruiting program that was filled with gender bias. At Girls Who Code, I watched girls build apps to help their communities, spread messages about empowerment, and solve urgent problems for women that have been neglected for years.

Again, no easy answers. But the pieces are all here — an upcoming generation of smart girls making cool stuff. How to encourage them to join us?  Well, we can start by not assuming that the natural person to inform that the coffee urn outside the conference room has run dry happens to be the only woman in the area.

So my dream is someday I WILL have to wait for a stall in the ladies room at JavaScript Interactive in, say, 2029. Let’s make it happen, people!

Check Out Michelle Gienow‘s Code n00B column every other Friday, only here on The New Stack.