Code n00b: Meet Me in the Middle 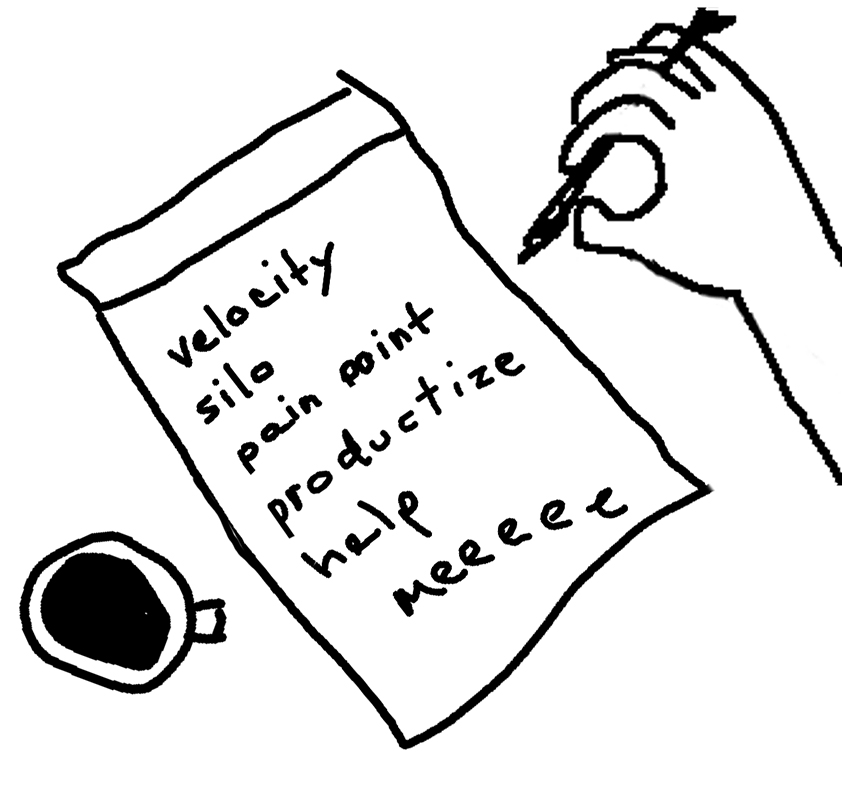 Back in May, some anonymous Tesla employee leaked an email that Elon Musk sent to his staff. In it, he writes that “Excessive meetings are the blight of big companies and almost always get worse over time.”

“Please get rid of all large meetings, unless you’re certain they are providing value to the whole audience, in which case keep them very short,” he continues. Elon goes on to instruct his staff to “walk out of a meeting or drop off a call as soon as it’s obvious you aren’t adding value. It is not rude to leave, it is rude to make someone stay and waste their time.”

That’s a pretty clear directive. Not to mention an awesome one. I had pretty much resigned myself to meetings being like death and taxes: undesirable but unavoidable. How thrilling this was, the idea of a work week where my few productive hours would not have to be squeezed in between standups, status checks, scrums and those special kinds of pointless meetings whose only discernable reason for being called is for keeping the seats warm on the conference room chairs. Because no actual work was committed in the course of those fabulous get-togethers, I can attest. Who among us has not had to play calendar Tetris, trying to fit all those color-coded blocks into our schedules while still trying to maintain some semblance of a work week — even as a new email alert dings announcing yet another meeting?

I mean, we all hate meetings. So why do we have so many of them?  This seems frankly like a no-brainer: less meetings, more work time, everybody happier and more productive. Given the way tech companies fetishize ol’ Elon, I’ve been waiting ever since for the fewer, shorter meetings trend to really take off.

Five months after Elon’s edict, nobody I know is suddenly swamped with swaths of unbroken hours at work for doing, you know, their actual job. So that leaves taking his final piece of advice: Walking out of a meeting or leaving a conference call as soon as it is obvious you aren’t adding value. Which I am going to go out on a limb here and say we have ALL fantasized about doing. I mean, I’ve been in meetings so dire and endless I’ve daydreamed about faking a heart attack or seizure or something, just to get out of there. But I’ve never actually seen anyone just, you know, simply legit leave a meeting because they had contributed all they had to offer for the confab and were going to go back to their desk to do their work now.

Faking choking on a donut, that I’ve seen — admired, even — as a tactic, once upon a meeting. Standing up, waving apologetically around the room with a quick statement like, “My contribution here has been made,” exiting quietly — it makes total sense. But it also seems utterly unthinkable. Why, though?

Maybe it’s survivor guilt — how can we leave our teammates behind in a pointless meeting that has no actual agenda and lacks a defined end time? More likely it is because we all would like to keep our jobs, and there is a shared culture of resignation when it comes to meetings. (Resignation as in stoic compliance to an inevitable fate, not resignation as in “take this job that is more meetings than actual work and shove it”). Simply put, leaving a meeting before it’s over — barring some obvious intervening crisis — is at best seen as rude. Or, at worst, as not being a team player, not contributing to the organization, not being an essential cog in the machine — in short, expendable. Fireable.

But, I would argue, many if not most of us do leave. Not by walking out, which would at least be honest and productive, but by finding other less visible ways to not attend the proceedings. Covert Facebook scrolling under the guise of pretending to check an important work email. Doodling an insanely complex and detailed lion/tiger/liger. Or simply zoning out, going someplace else mentally — fantasizing that next vacation, anyone? — until the ordeal finally finishes.

For the record, my favorite meeting survival tactic is to always bring a notepad. Rejection of technology makes you look earnest and will be revered. Then I take notes by simply writing down one random word from every few sentences uttered, nodding studiously while doing so. (I learned the hard way that making any kind of actual list of things you do give a crap about — To Do list, groceries, etc — is heavily frowned upon. Playing an impromptu game of “buzzword bingo” even more so). This tactic does run the risk of someone asking if you are taking notes for the meeting. If this happens, quickly reply that these are your own personal notes and that someone else should be in charge of keeping the official meeting record. Also that you have terrible handwriting. Then, afterward, I like to take my list of random meeting words and formulate it into a haiku or free verse and share it with my equally snarky friends who have spent the week surviving equally dull, pointless and soul-numbing meetings.

Or — if you really, really need a way out, but lack the nerve to pretend you’re choking on one of the “See?! Meetings are fun!!” snack bribes — you could try the Smart Fake Call app, which allows you to preschedule your phone to ring with an urgent call in the meeting’s midst.

Until our collective organizational cultural values shift to a place where it’s ok to leave a meeting once your contribution has been made, then I’m afraid this is all I’ve got.

Help us, Elon, you’re our only hope.