Code n00b: On Motivation and Mentoring 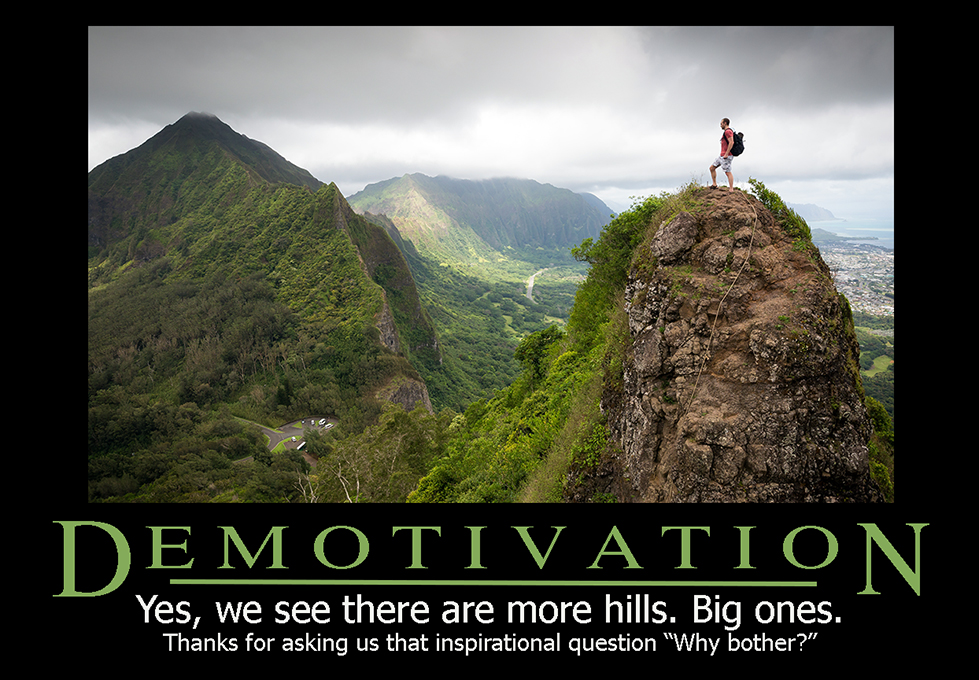 As all you fine Code n00b readers know, I have written previously about the arduous process of becoming a coder and the challenges that arise. How there is no path, the difficulty in finding mentors, the challenges of even figuring out in the first place, much less gaining, the specific skills and knowledge required to land that first dev job.

There have always been tons of helpful articles and blog posts online, many along the lines of “How I Taught Myself To Be A Full Stack Web Developer in Two Weeks Despite Having Three Other Jobs And A Family — And Landed A Six Figure First Job Immediately, You Lazy Slacker.” They’re basically self-congratulatory humble-brags, thinly disguised as motivational reading, but easy enough to ignore. Heck, they’re even fairly entertaining if you decide to actually make a study of the genre. (Not that I have. Much).

Recently, though, things have taken a dark turn in the So You Wanna Be A Web Dev blogosphere.  Sure, we still get plenty of inspirational stories from, say, someone learning Angular using nothing more than scavenged cardboard boxes and string. Or maybe it was React. Anyway, those tales have now been joined by new entries in what appears to be an emerging subgenre I’m coming to think of as The Junior Web Developer House of Horrors.

It’s like you already made it past the dragon and over the moat and into the castle, but now you want to pull up the drawbridge before the rest of us humble villagers scurry in behind you.

Appearing with disturbing frequency these days, this dis-inspirational reading skips right over “you can do it!” and heads straight for “why even try?”  We are not even talking about the glut of journalistic articles and reports about how for-profit coding academies and boot camp programs have begun to fail — that is, after all, actual business news, however depressing it may be. I’m referring to more insidious opinion pieces appearing in tech-targeted outlets like TechCrunch and HackerNoon: the very sources we are supposed to be consulting as we attempt to move into our new professions. I’m looking at you, Sudden Death of the Website. And you, Seven Reasons You Can’t Get A Junior Web Developer Job. And especially you, Who Killed the Junior Developer?

I say this with all respect: you people can go fuck yourselves. This path is uncertain enough. What benefit is there possibly in it for you to throw up obstacles, you walking demotivational posters? I notice the fingers tapping out these screeds typically belong to established — i.e., employed — developers. It’s like you already made it past the dragon and over the moat and into the castle, but now you want to pull up the drawbridge before the rest of us humble villagers scurry in behind you. Yes, I know that I don’t have to actually read these screeds, and I generally don’t. It just bothers me that they’re out there at all, much less that apparently starting to proliferate like lifeforce-sucking tribbles. It bothers me most of all that frequently these pieces are written under the guise of just trying to help.

Thanks, but that is not the kind of help those of us down here in the junior web developer trenches actually need. Just this week I have talked off the ledge a fellow career changer who is nigh ready to quit in despair, believing that she is too old (at 36!) to be accepted into tech, no matter how hard she works. And sent multiple encouraging messages to another junior JavaScript pilgrim who keeps going on interviews — and not getting callbacks. (Despite the fact he can wrangle JavaScript callbacks perfectly fine, thank you). “No, you are not worthless, your skills are not shit, you are smart and you can do this,” lather, rinse, repeat. I, in turn, have also been the recipient of encouragement and offers of help when faced with daunting deadlines. I guess nobody knows the struggle like the other soldiers in the foxhole.

What IS actually helpful? Oh, I am so glad you asked. Here are three simple ideas:

Pick one of the above. Give it a shot. We grateful juniors will happily pay for the beverages.