Code n00b: The Ninety-Ninety Rule and All Your Unfinished Projects 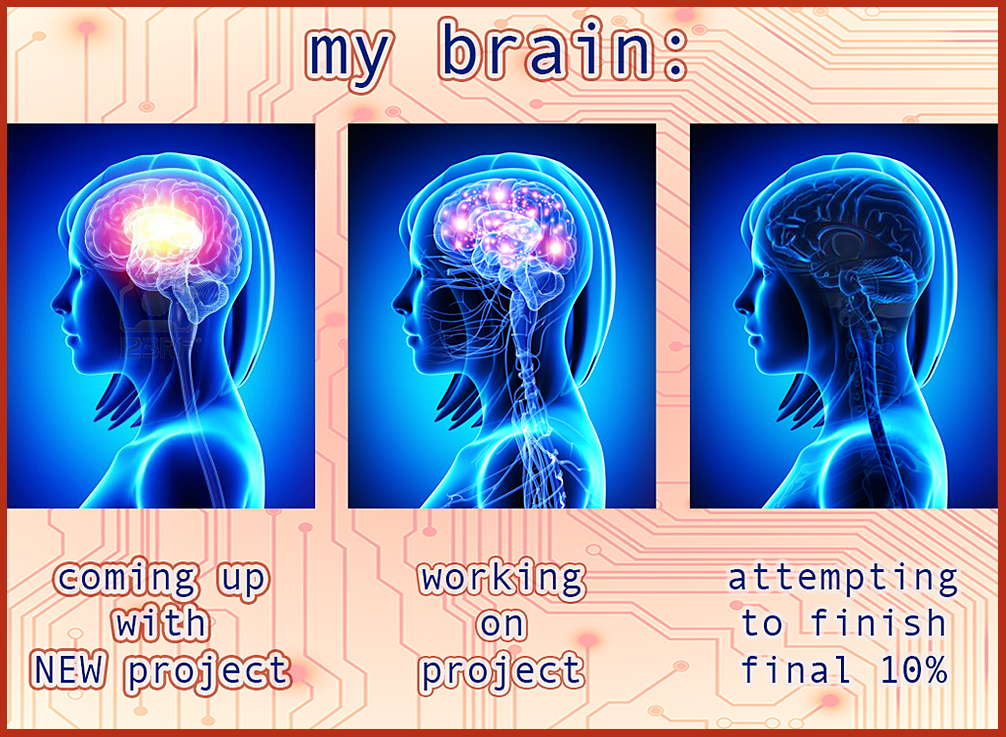 Back in the mid-1980s, when desktop computers were approximately the size of Smart Cars™, Tom Cargill worked at the legendary Bell Labs. Bell was a research and scientific development company that brought us, among other things, the invention of the laser, the transistor, and the Unix operating system. In all, there have been eight Nobel Prizes awarded for work done at Bell Labs. Tom Cargill’s personal labors there included writing the first major version of C++.

All of this is a way to explain that, when Cargill came up with the “ninety-ninety rule” in 1985, we can be pretty sure he knew what the hell he was talking about. Cargill’s rule states that, in computer programming:

Yes, we can all do the math — that adds up to 180 percent. But under the humor, Cargill was making an important point: it’s really hard to finish projects. To push all the way to the bitter end, every i dotted, every pull request put to rest.

Why is this? Every developer I have ever had an honest conversation with on this subject admits to hosting a personal library of unfinished side projects. We have all gotten initially excited about some brilliant vision and even started to build it out… only to eventually wander off to do something — anything! — else, leaving Great Idea Number 987 to languish in an unvisited desktop folder or backwater repo. So many inspired ideas. So few actual completed executions.

Confession time: I personally have yet to finish a single personal project — I am cringing as I type this — even though I have gotten to 80-90 percent on six different ventures I can think of right off the top of my head. But then for some reason, I just don’t go that last ten percent of the distance. And I know a lot of other devs who don’t, either. Maybe you are that one in a hundred who does actually execute that revolutionary app idea (and turns it into a successful startup and is laughing as you read this now on your own private island). You can buy the rest of us a beer as we talk about our next great plan that we’ll never get around to finishing.

Having taken a fresh look at my own roster of never-completed projects, I’m starting to maybe understand some of the reasons underlying this unfinished symphony syndrome. At least for me personally. The abandoned projects seem to fall into one of three categories:

Hey — this has been a really useful exercise! First, I realize that not every unfinished project is an automatic fail. Some are simply not worth completing, and I can immediately check those off the guilt list. Others, I can now see, are functionally completed in that they helped me try out a new skill, or served as much-needed practice to solidify existing ones. While I do aspire to be the kind of high-functioning programmer who doesn’t just do something, but does it as well as it can possibly be done, it’s important to realize that not every project is a full-on symphony. Sometimes, it’s just practicing your scales and arpeggios.

That leaves a couple of incomplete projects, however, that I now realize actually are worth the full ninety-ninety treatment. That CSS Grid template is pretty nifty. And I would love to be able to include that React chatbot in my online portfolio of projects. Oh yeah, gotta finish that too…

SHARE THIS STORY
RELATED STORIES
How Will Working in Tech Change in 2023? Donald Knuth's 2022 'Christmas Tree' Lecture Is about Trees 2022 in Review: AI, IT Armies, and Poems about Food Golden Paths Start with a Shift Left How Jit Builds a Platform Engineering Mindset in the Cloud
SHARE THIS STORY
RELATED STORIES
A Brief DevOps History: The Road to CI/CD Entrepreneurship for Engineers: Building for Customers’ Love Java's James Gosling on Fame, Freedom, Failure Modes and Fun Why Your Code Sucks: Common Excuses for Bad Programming The Power and Ethical Dilemma of AI Image Generation Models
THE NEW STACK UPDATE A newsletter digest of the week’s most important stories & analyses.
The New stack does not sell your information or share it with unaffiliated third parties. By continuing, you agree to our Terms of Use and Privacy Policy.