The Codefresh Build Platform Gets a Free Private Docker Registry 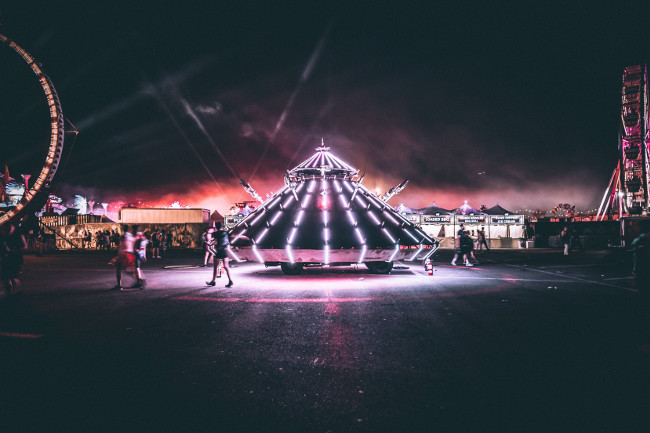 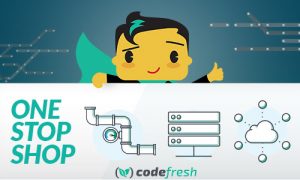 As developers know all too well, traditional dev pipelines were not designed to play nicely with containers and cloud services. Since this architecture pre-exists terrific new technologies like containerization and distributed application platforms, this is both understandable and problematic.

Enter Codefresh, maker of Docker-native continuous integration/continuous delivery (CI/CD) platforms and services. With a platform built ground-up to work specifically with Docker and cloud services, all running natively on Kubernetes, Codefresh users can simplify their entire pipeline and build, test and employ web apps with speed and ease.

Starting now, Codefresh also adds a full, private, built-in registry to the menu, meaning that all users can add unlimited public and/or private repos to Codefresh’s registry, with no networking or storage fees and no cap on collaborators. Of course, developers can still connect all external registries they like — but now, here’s one baked right in.

“We’re very excited to bring a full registry to our users at no additional cost,” said Raziel Tabib, Codefresh co-founder and CEO. “By combining our Docker Registry with Codefresh’s CI/CD and on-demand staging environments developers have a complete toolchain for delivering containers.”

The free full-spec registry — powered by Google’s Container Registry — sets Codefresh apart from similar CI/CD services. Having a built-in registry available potentially removes a step from the development cycle, speeding up building and testing. Post-deployment, it makes pulling down and debugging broken images that much easier, too.

This approach has a couple of other big advantages, said Tabib:

Furthermore, the embedded registry allows developers to call images by tag and extended metadata from the build flow. For example, if you want to test a service based on how it works with different versions of another service, you can reference images based on their git commit ID (build SHA).

“In talking with our users, they’re most excited about being able to spin up environments on demand for any image or set of images in the registry,” said Tabib. “Launching images in their application context without provisioning is huge.”

The Codefresh production environment is managed with the Kubernetes container orchestrator running on the Google Container Engine. The company has added Kubernetes deployment images, available both in the UI and Codefresh YAML, to make pushing new images a simple matter of passing credentials.  Automated deployments made easy, and —when paired with branch permissions — anyone authorized can approve and push code to production. Voila! One-click deploys to Google’s Container Engine, powered by Kubernetes.

“As a Docker native, CI/CD Codefresh has a deep understanding of Docker user needs. Teams that use Codefresh have sped up their building, testing, and deploying significantly thanks to our ability to cache layers, all wrapped in a simple to use UI,” Tabib said.

Signing up for Codefresh’s free introductory plan requires no more than a GitHub account and provides one hosted staging environment, five concurrent builds and unlimited users and repositories, though builds are limited to 200 per month. Codefresh Pro offers both discounted annual and monthly pay-as-you-go plans, starting at $249 per month and rising depending on a number of hosted staging environments and concurrent builds your project requires.

SHARE THIS STORY
RELATED STORIES
PurpleUrchin: GitHub Actions Hijacked for Crypto Mining A Look at Slack's New GitOps-Based Build Platform Record, Connect and Search DevOps Changes with Kosli Terraform vs. CloudFormation: Which Is Better for You? What’s the Future of Feature Management?
TNS owner Insight Partners is an investor in: Docker.
SHARE THIS STORY
RELATED STORIES
Create a Local Git Repository on Linux with the Help of SSH What Good Security Looks Like in a Cloudy World Does the GitOps Emperor Have No Clothes? A Look at Slack's New GitOps-Based Build Platform Cloud Lessons to Help Developers Improve ESG Impact
THE NEW STACK UPDATE A newsletter digest of the week’s most important stories & analyses.
The New stack does not sell your information or share it with unaffiliated third parties. By continuing, you agree to our Terms of Use and Privacy Policy.