Code N00b: Sometimes There IS an “I” in Team 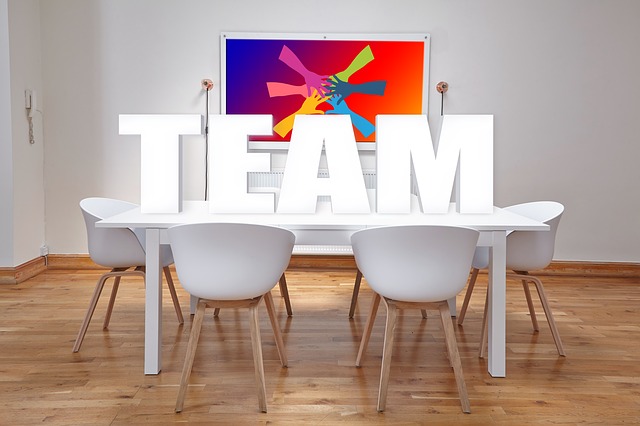 One of the challenges of progressing from self-taught coder in your solitary cave to actual employable coder capable of cooperating with the other humans (or, eventually, our AI robot co-workers! I’m cool with that!) is, well, learning how to work collaboratively. As in, it’s highly unlikely your first dev job is going to be building something from scratch all by yourself, so you better learn how to dive into other people’s code and do something with it.

I recently joined Chingu Cohorts for just this reason. Chingu is a grassroots group run by Chance McAllister, who saw the gaping crevasse between learn-to-code and get-a-job and actually did something about it. He created an ongoing series of work groups that open to new coders every five weeks, wherein you can team up with other serious learners to be in a study group, pair program, or get placed on a team with an assignment to build something together during your five weeks.

I was pretty excited about this project, because I had checked out what previous cohorts had built and they were actual, serious, useful apps. Chingu seemed like a great opportunity to learn by doing, by applying my hard-won programming skillz and also doing it in a group work environment, plus ending up with something potentially cool to put on my portfolio.

So when we kicked off in mid-July, I was fired up and ready to go. Based on my self-described JavaScript skill level and interests, I was assigned to a Level Two team (advanced beginner? Early intermediate?) with two other Chingu-ites. It was the first time in Chingu for all three of us, and that was about the only commonality we shared.

We were equally distributed in geography (East Coast, Midwest, West Coast), age range (twenties, thirties, and, ahem, let’s just call it post-thirties) and backgrounds. The twenty-something member was a freshly graduated CS major looking for real world programming experience, the 30-something a bartender who does websites on the side and wants to go full stack, and me, the mid-life career transitioner.

We “met” on our assigned Slack channel the first day it went live, introduced ourselves, and discussed our project: we were supposed to code, from scratch and without peeking, a copy of Momentum, a basic Google Chrome extension focused on boosting productivity. Once built, we were then to add custom features of our choosing.

I was a little disappointed in the project. This was something I could have easily built on my own, and pretty much replicates a Free Code Camp front-end project that many other people have also done. But doing it with other people was the point, and it made sense to keep the project basic while we figured out how to collaborate.

So I attempted to start a conversation about the decisions we needed to make. Like, what project management system we might want to use for working together (“I like Kanban Flow, what have you used/liked?”). Who might do which part of the initial project, and then what each of us proposed to do for custom features. And then asked again. And then again. (“Hey guys, how are we assigning tasks for the first build — who wants to do what part?”). Crickets. Neither responded, at least in words — though I must admit each of my posts was at least acknowledged with thumbs-up emojis, one from each. So there’s that.

It’s not like things weren’t happening behind the scenes, though. First, CS dude announced he had created a GitHub repo for the project. Then he announced he had chosen a project management platform and established a project. OK, great, we needed those things and I wasn’t really attached to any particular PM route. I focused on mapping a plan for the initial build, posted that, got the two thumbs up emojis. Suggested what I wanted to contribute as my custom feature, inquired after their choices, got the two thumbs up emojis. Then the first week was down, with four more to go.

At this point, my JavaScript buddy Asa, who had joined a Chingu study group, pinged me to grumble about what chaos it was. He was interested in building a project, so I asked my team mates if they would be willing to add a member. They both actually responded, in words, that this was great and Asa was welcome. Then Asa, who has actual project management experience, proceeded to do exactly what I had done: ask for collaboration and input on making basic decisions needed to move the project forward. Two thumbs up! He suggested we schedule a time for a live group conference. Two thumbs up!

And then CS dude pushed the first half of the project to GH. Done deal. Asa PM’ed me to alert me to this fact, and added, “Um, he does understand this is a team effort, right?” We were both cool with having someone be the project manager, take the lead, even do the fundamental build. What we were both flummoxed by was the complete and utter lack of communication, not to mention group input.

We debated our options via PM. Call the guy on completely taking over the group project and wrest back at least partial control over it? Neither one of us felt like going to war on something we weren’t much invested in. Complain to the organizers? By this point, we were approaching the halfway point on the cohort calendar, so it was basically too late in the game to be asking to be reassigned, or starting over on a new team. Drop out? We both had signed the Chingu pledge that we wouldn’t ghost on our teammates, and we took it seriously.

However, one of the benefits of being in the post-30 demographic is knowing when to cut your losses. Though we each felt remorse over quitting, neither one of us felt like there had been a genuine team in the first place.

“I guess it’s door number three,” I typed to Asa. “We move on. Though I feel like I should send CS dude a copy of that ‘There is no ‘I’ in team’ inspirational meme.”

I replied with two thumbs-up emojis. And went back to work on my own project.

Note: I’m not saying the Chingu model was at fault here. These teams are luck of the draw, and the program does everything a run-by-one-guy grassroots organization can possibly do to promote and encourage successful collaboration. I’d certainly suggest you try it for yourself, if interested.

SHARE THIS STORY
RELATED STORIES
Fear and Layoffs: How to Cope with Tech’s Uncertain Times Engineering Leaders: Switch to Wartime Management Now SANS Survey Shows DevSecOps Is Shifting Left  What’s the Future of Feature Management? Collaborating with Internal Dev Experience and Tool Teams
TNS owner Insight Partners is an investor in: Coast.
SHARE THIS STORY
RELATED STORIES
Hacks to Help Open Source Leadership Support Inclusion Kathleen Booth, Creator of the First Assembly Language eBay: Betting on Open Source Is Great for Your Business New Book Identifies 26 Lines of Code that Changed the World Low-Code Tools Improve Devs' Work-Life Balance, Survey Finds
THE NEW STACK UPDATE A newsletter digest of the week’s most important stories & analyses.
The New stack does not sell your information or share it with unaffiliated third parties. By continuing, you agree to our Terms of Use and Privacy Policy.