Coherence is a startup that integrates workflow, version control and the cloud to improve developer experience.
Dec 29th, 2022 11:38am by Loraine Lawson 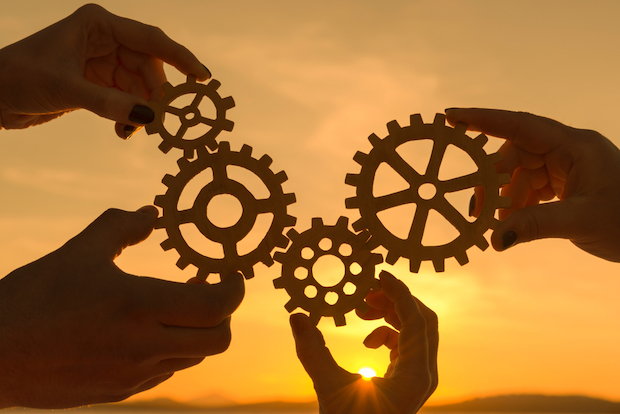 Ultimately, he thought Heroku offered the state-of-the-art experience developers needed, but most companies ended up deploying elsewhere for price, compliance or other reasons, said Zaro, who is now CEO of the startup Coherence.

”Through building software teams, I just found myself reinventing the wheel,” he told The New Stack. “I ultimately felt like my team spent a third of their time on this kind of work … And so Coherence is the product that I wished I could have bought the last time I was a CTO, and we went and built it.”

What Coherence Does for Developers

Coherence, founded in 2021, essentially “functions as your DevOps team” said Zaro, integrating development source control such as GitHub with the cloud environment and providing a common dashboard for your cloud, workflow and development environments. It allows developers to preview branches and write and ship code from one interface.

“It’s much more in-depth with the integration into a team’s workflow than just like another YAML format for describing how to do code jobs in the cloud — we’re a little bit more opinionated and prescriptive.”

Coherence is focused on a full stack integrated vision, as opposed to “most of the DevOps automation tooling, which is focused on your cloud deployments,” he added.

“We’re trying to set up the same tools that you would already be using, but just host them and automate the setup for you so that when your laptop environment is messed up, you don’t waste half a day you just click a button and get a new VS Code instance,” he said.

The company is currently giving away free trials as part of its beta program. It’s a small company but is seeing a lot of interest, Zaro said, particularly after it launched support for Amazon Web Services (AWS).

Why hasn’t Coherence hadn’t leveraged Kubernetes in its approach?

“We’re trying to use as much of the cloud-provided services as possible,” Zaro said. “We want to use things that Amazon’s supporting and providing. A lot of times in order to be multicloud on Kubernetes, you sacrifice using the cloud-managed services and use open source things yourself.

“And then there’s a support cost  … We’re trying to really have their infrastructure reliability and security depend on their cloud provider, not on their own infrastructure team.”

Under the hood, Coherence works by configuring a team’s AWS account or Google Cloud Platform account, he said. By doing that instead of using Kubernetes, engineers avoid long-term maintenance problems, such as needing to upgrade.

“We’re really trying to help with maintenance as much as with setup if not more, frankly,” Zaro said.

The company is also researching how to integrate artificial intelligence (AI) into its solution.

“Ultimately, AI should be embraced is our position — it’s going to make teams more powerful, and it’s going to take busy work off their plate,” he said. “We actually think it will make DevOps more important because you’re going to have more code that you need to test more frequently. So something like a robust platform, whether it’s built or bought, becomes more important, and we think that will help us as well, as much as it relates to governance.”

In the future, he sees a new category of tools emerging that he categorized as the developer experience platform, which includes Coherence, AWS’s recently released Code Catalyst, and Replit, which he categorized as targeting the hobbyist more than the enterprise.

“They’re all hiring DevOps engineers to do this work themselves, like they have someone on their team who’s their AWS expert, whether they call that DevOps formally or not,” Zaro said. “And that’s really what we’re competing with.”

Loraine Lawson is a veteran technology reporter who has covered technology issues from data integration to security for 25 years. Before joining The New Stack, she served as the editor of the banking technology site, Bank Automation News. She has...
Read more from Loraine Lawson
SHARE THIS STORY
RELATED STORIES
Argo CD and Flux Are CNCF Grads: But What Now? Using DORA Metrics to Optimize CI Pipelines 8 GitHub Actions for Setting Up Your CI/CD Pipelines How Yarn Workspaces Accelerated LinkedIn Code Delivery CircleCI to Customers: Change All Secrets and API Tokens NOW!
AWS is a sponsor of The New Stack.
TNS owner Insight Partners is an investor in: The New Stack.
SHARE THIS STORY
RELATED STORIES
Kubernetes CI/CD Pipelines Explained GitHub Actions Were Vulnerable to Rust Artifact Poisoning Engineering Best Practices of CI Pipelines A Look at Kubernetes Deployment Interest Growing in Dart and Flutter for Mobile
THE NEW STACK UPDATE A newsletter digest of the week’s most important stories & analyses.
The New stack does not sell your information or share it with unaffiliated third parties. By continuing, you agree to our Terms of Use and Privacy Policy.