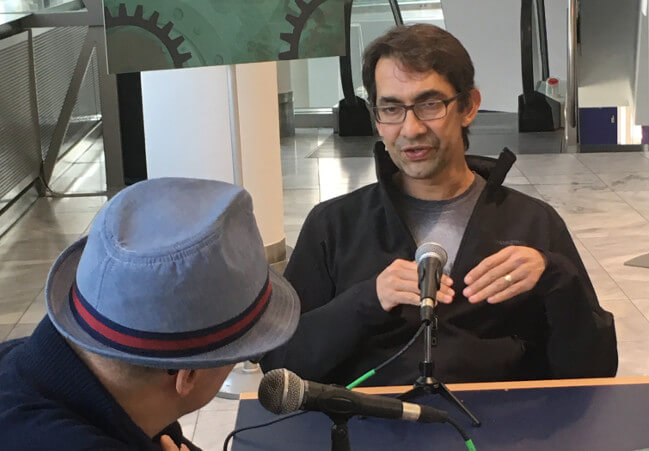 In today’s world of platforms, services are increasingly connected. In the past, PaaS offerings were pretty much isolated. It’s that new connected infrastructure that is driving the growth of Cloud Foundry, the open source, service-oriented platform technology.

Sam Ramji is CEO of Cloud Foundry, which is holding its European event in Frankfurt this week. At the conference, we spoke with Ramji to discuss, among other topics:

Cloud Foundry Summit EU has 706 registrants at this year’s event, compared to last year’s event in Berlin which had 456 people registered. Europe is a burgeoning center for growth in the Cloud Foundry community with companies such as SAP, Siemens and Daimler-Benz as well as the Dutch and British governments. Those companies are finding that a second wave of platforms are fitting with their existing, hardened architectures. These European companies are more wary about U.S. providers and have an interest in multi-cloud environments.

“The first wave of PaaS didn’t imagine itself as something that connected to existing systems,” Ramji said. “It was the cool, shiny, new greenfield applications only. When things don’t connect to your enterprise system, it’s not enterprise software.”

Connected platforms are also helping better quantify IoT. For example, serverless architectures are now starting to be viewed as a way to better understand the IoT landscape, even if the name itself is intellectually lazy. Ramji prefers to think of “serverless” more so as event-based systems. It is these event-based systems that can now be integrated with cloud services infrastructure to connect “IoT applications, such as a sensor array updating its value once per day.”

Consequently, the constellations forming around IoT are not so nebulous anymore. Serverless technologies serve as a way to manage scaled out sensor networks that flip the standard model of categorizing and alerting for events. Rather than the “firehose of data,” from 10-15 years ago, Ramji noted that you now have a cascading, somewhat chaotic high scale set of small messages hitting your engine, and you have to be able to pull all that data in and be responsive with events.

Cloud Foundry’s distributed system management tool Bosh has undergone a variety of improvements which not only enable the platform to be multi-cloud but to become a host for other stateful services that don’t want to be trapped in a standard application lifecycle, Ramji said. These include upcoming support for Google Compute Layer and SoftLayer in addition to the environments BOSH already supports. Powered in part by the Cloud Foundry elastic runtime OCI-compliant container scheduler Diego, this progression allows Cloud Foundry to“treat every cloud as if it’s a piece of hardware.”

The biggest change Ramji has seen over the last 18 months in open source has been an opening of communication channels. Where communication between ‘rival,’ foundations or platforms was once tight-lipped, there is now a trend toward collaboration to solve shared pain points across open source projects. However, forcing a singular model of standardization may stop this progression in its tracks. “These spaces are not well enough understood to standardize them. Kubernetes, Docker, and Cloud Foundry are all still fast moving projects. If you force them to depend on each other in an arbitrary way, you will actually die in implementation. We have to be wedded to the pragmatics of it. Don’t force premature standardization.”

In a new project with Red Hat, Google, and the Cloud Native Computing Foundation, Cloud Foundry has offered its Cloud Foundry Service Broker API for collaboration, discussing to how best to share its common features across platforms. Ultimately, the working group has helped both groups become more collaborative as the task proceeds. “We’re in this moment in time where we have to create a coherent, open, platform. It’s good to have lots of platforms, but let’s have inter-operability between Kubernetes, Mesos, and Cloud Foundry. That creates better opportunities for all of us, and then possibly standardization in the future.”

Cloud Foundry, CNCF, Docker, and Red Hat are sponsors of The New Stack.