Coming Out in Tech: Communication is Key 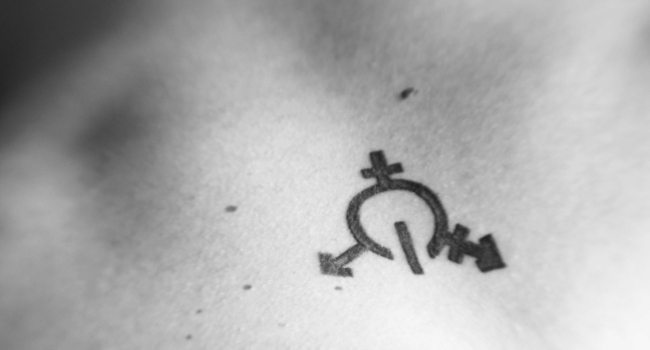 This is the first installment on a new TNS column, “First Person Singular,” a place for people in the IT industry to share our stories and celebrate our diversity. 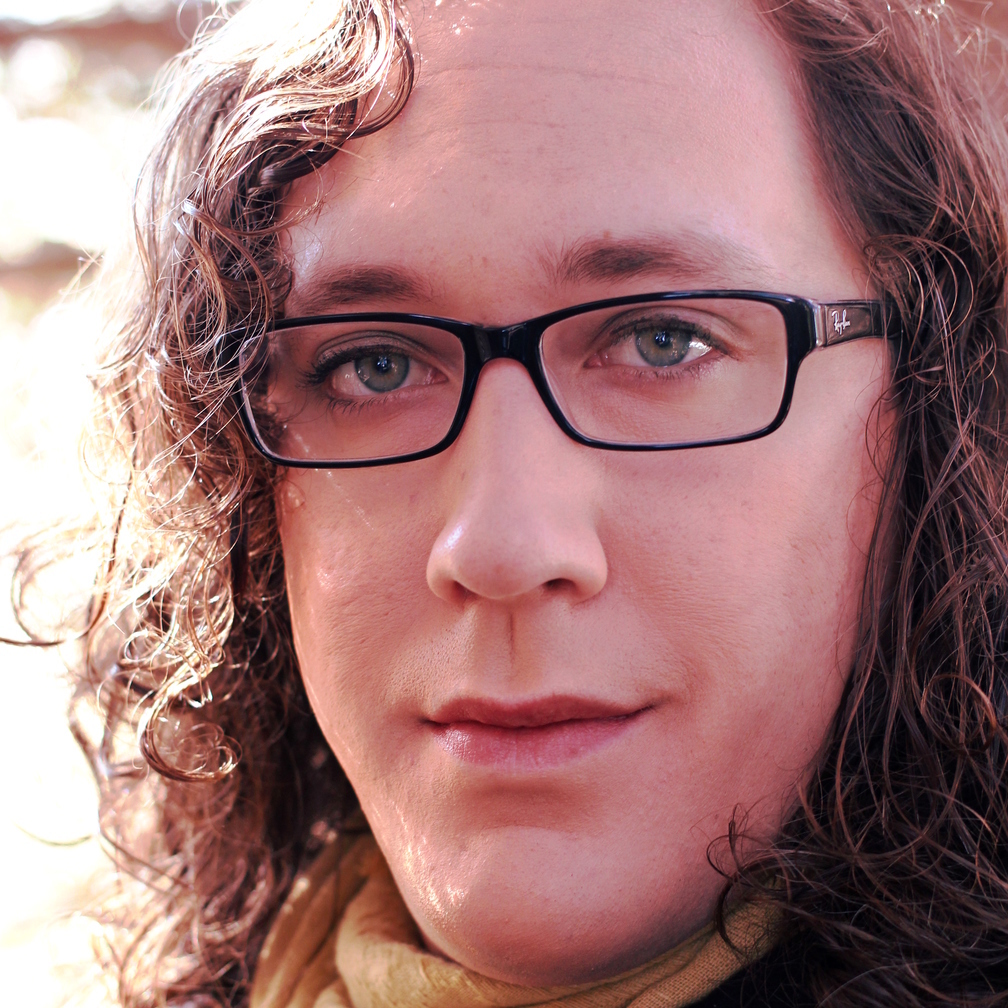 Madison Jesse Scott-Clary
Madison is a process maven, Pythonista, Gopher, and reluctant JavaScript programmer. She works in open source, focusing on data visualization and cloud DevOps. When not working, she's to be found writing, most often on the topics of software development, mental health, and identity. She lives in the mountains where she takes care of three dogs: a two German Shepherds and her husband.

My first job out of university was working for an insurance company, designing a quoting and sales tool, and it was there that I started to find my people. My time studying music in university was awesome, no doubt about it, but tech was where I felt I belonged. It was more about the conversation and undirected interaction of software, rather than the regimented action I’d spent years studying.

Before I left that job, I was pretty solid in my identity as a proud, even if slightly too talkative, techie. Coming out as — at the time — a gay man at work went as smooth as one could imagine: my boss even came to my wedding.

Moving to work at Canonical was a way to alleviate stress as well as a way to focus more directly on the open source community, from which I had gained so much. However, it was also a chance to gain enough space to really sit down and tackle a lot of identity problems, since it meant working from home.

This is the first thing to remember about coming out, and specifically transition: they are continual processes rather than discrete events.

One must keep in mind that identity is often psychopathological: it’s that thing that we only seem to sense, or at least sense most strongly when it gets rubbed the wrong way when it puts us in distress. I was feeling that friction around the topic of gender, and I had to address it somehow. For me, that meant exploring the realm of transition. After all, coming out as gay at my previous job went alright, so perhaps it was time to see how coming out as transgender would work while I had a relatively safe situation to do so.

That that it all went pretty smoothly is a testament to a lot of the folks in open source in general and at Canonical in particular. I began by changing my name, just informally at first. Madison is pretty unambiguously feminine for someone of my age, so that was a dead giveaway early on, and my boss asked me if I was “making any other changes,” to which I responded that I might in time.

This is the first thing to remember about coming out, and specifically transition: they are continual processes rather than discrete events. The flip side of this is that although there are distinct events involved in the process, there’s no end goal beyond simply being happy.

The next step was to talk with HR when my name had been legally changed. At that point, we discussed mundanities such as insurance and accommodation on work trips, as well as grander topics such as how to tell the team and what to do about any problems that might come up. We had several long conversations and eventually settled on me contacting team members on an individual basis at my own pace.

The second important thing to remember is that an active and involved support network can really make or break an experience with coming out or transitioning. Having the understanding and involved teammates and HR critters helps ensure that it feels like a conversation rather than a directive. That said, everyone will have their comfort level and how much they engage is at their discretion.

Despite feeling accomplished once I’d had all of my one-on-ones, I quickly realized that this would be an ongoing and continual thing. Growing my hair out was one thing, but showing up at a sprint in a skirt and makeup was another. Coming out was something that would happen over and over, and wouldn’t always be received with the same easygoing response all the time.

The last thing I have to offer is that one must remember that transition is inherently social, despite all the work done on an individual level. Not just the doctor’s notes, endocrinologist visits, or surgery consults, either, but a process that happens on a social level. It happens with friends, with family, and with coworkers – even with strangers. This goes just as much for coming out, too. It requires talking and sharing, vulnerability and strength.

I haven’t done any empirical studies, of course, but I suspect that this is a definite trend among the tech-obsessed, particularly those embedded in open source. Perhaps it’s because of how much of our products have to do with social interaction, or maybe it’s just due to how much social interaction is required in making the things that we do. Maybe it’s simply a form of rebellion against the trope of the quiet nerd.

I worry that I take it too far, sometimes. I worry that I overshare in the name of honesty or self-care. That’s what got me into writing and my early forays into programming when I first started more than half my life ago, making bulletin boards, guest books, and blogs. OCD aside, my compulsive need to share drove my interests, then my education, then my career. I moved from Perl to PHP, to Groovy, then to Python and JavaScript and Go; from high school to university to the workforce.

I spent so much of my time steering my course towards tech and open source as a place to bring that need to be social, to talk through the way life works, and to find ways to make that social interaction easier and more widely available. I did that because it’s one of the things that helped me most through life.

What to do, it turned out, was to be loud: To keep talking, to keep interacting, and to keep finding ways to ease that friction around identity.

When it comes to minority group membership, tech isn’t perfect, far from it. Even FOSS isn’t perfect. They are mirrors of our imperfect, social — and hell, even queer — selves. We all can find ways to improve within the community, but we’re doing good things, for good reasons.

Want to share your own First Person Singular? Hit us up. 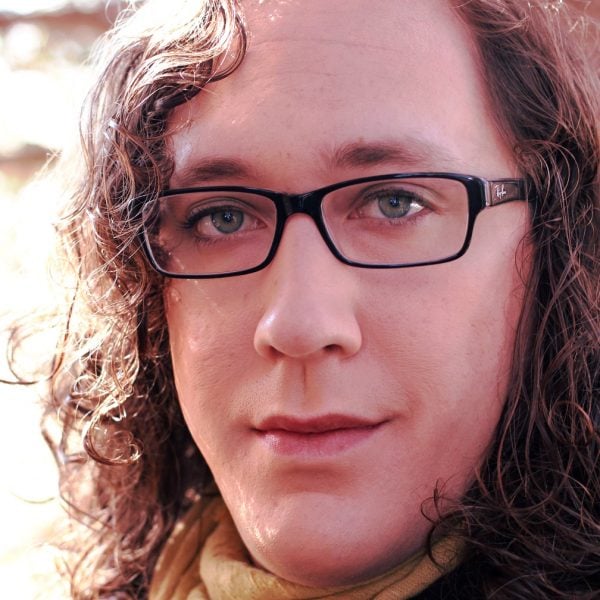 Madison is a process maven, Pythonista, Gopher, and reluctant JavaScript programmer. She works in open source, focusing on data visualization and cloud DevOps. When not working, she's to be found writing, most often on the topics of software development, mental...
Read more from Madison Jesse Scott-Clary
SHARE THIS STORY
RELATED STORIES
How to Support a Million Users on Your Website: A Success Story Java's James Gosling on Fame, Freedom, Failure Modes and Fun It Happened to Me: How I Suddenly Owed AWS $13,000... Snack Stack: Turning Winter Comfort Food up to 11 Golden Paths Start with a Shift Left
SHARE THIS STORY
RELATED STORIES
AI Image Generation Models and the Ethics of 'Data Laundering' Why 'Explainable AI' Can Benefit Business How Will Tech Jobs Change in 2023? A Leg-endary Year: Top 5 Internet Technology Stories of 2022 Snack Stack: Turning Winter Comfort Food up to 11
THE NEW STACK UPDATE A newsletter digest of the week’s most important stories & analyses.
The New stack does not sell your information or share it with unaffiliated third parties. By continuing, you agree to our Terms of Use and Privacy Policy.