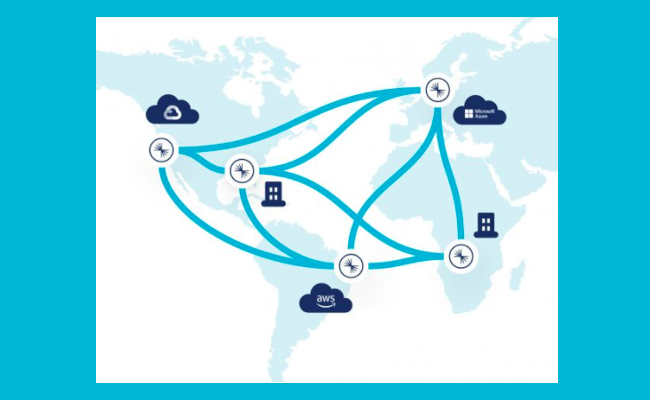 The challenge is clear: How to offer real- or near real-time access to data that is continually refreshed across a number of different distributed environments. With different types of data streaming from various sources such as multicloud and on-premises environments, the data, often in shared digital layers such as so-called digital information hubs (DIHs), must be updated asynchronously. This is necessary in order to maintain a consistent user experience.

To that end, data streaming platform provider Confluent’s 7.0 release features what the company calls Cluster Linking for data mirroring from different Confluent clusters across multicloud and on-premises environments. Built on the open source data streaming tool Apache Kafka, hundreds of different applications and data systems can use it to migrate to the cloud or share data between their data center and the public cloud, Confluent says.

Traditionally, syncing data between multiple clouds or between on-premises and the cloud was “like a bad game of telephone,” Luke Knepper, a product manager for Confluent, told The New Stack. “You have these point-to-point connections and batch ETL jobs that slowly deliver outdated information. Now, hybrid architects can use Cluster Linking, which is like a laser beam that syncs data in real-time to and from wherever you need it,” Knepper said. “You no longer have to try to manage and audit the tangled web of telephone wires, which saves tons of time and resources, and empowers your application teams to deliver rich real-time user experiences, business-critical applications, and analytics.” 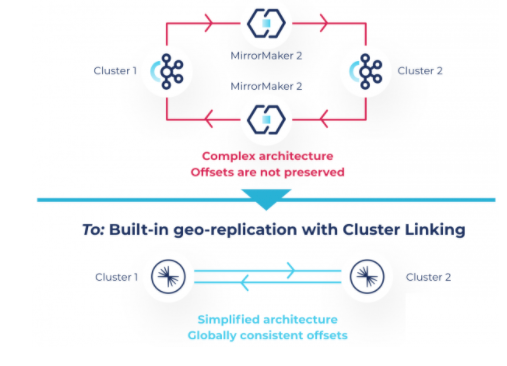 Indeed, KRaft was introduced to remove Apache Kafka’s dependency on ZooKeeper for metadata management. “Replacing external metadata management with KRaft greatly simplifies Kafka’s architecture by consolidating responsibility for metadata into Kafka itself, rather than splitting it between two different systems: ZooKeeper and Kafka,” Hasan Jilani, a senior product manager for Confluent, wrote in a blog post. “This improves stability, simplifies the software, and makes it easier to monitor, administer and support Kafka. It also allows Kafka to have a single security model for the whole system, along with enabling clusters to scale to millions of partitions and achieve up to a tenfold improvement in recovery times.”

Other new features Confluent 7.0 offers the Confluent communicated include:

BC Gain’s obsession with computers began when he hacked a Space Invaders console to play all day for 25 cents at the local video arcade in the early 1980s. He then started writing code for very elementary games on the...
Read more from B. Cameron Gain
SHARE THIS STORY
RELATED STORIES
Do We Need Data Normalization Anymore? 5 Key Questions for App-Driven Analytics Artemis Mission, Telescopes Present Data Challenges for NASA Monitoring Network Outages at the Edge and in the Cloud Is Your Data Lineage Helping You Make Smart Decisions and Set Priorities?
Confluent is a sponsor of The New Stack.
TNS owner Insight Partners is an investor in: The New Stack.
SHARE THIS STORY
RELATED STORIES
CEO Raj Dutt Interview: The Grafana Experience Will Change Do We Need Data Normalization Anymore? 5 Key Questions for App-Driven Analytics MERGE SQL Command to Accelerate Postgres Adoption The 3 Underrated Strengths of a Native Graph Database
THE NEW STACK UPDATE A newsletter digest of the week’s most important stories & analyses.
The New stack does not sell your information or share it with unaffiliated third parties. By continuing, you agree to our Terms of Use and Privacy Policy.