What to Consider When Making the Shift Toward Multi-Cloud 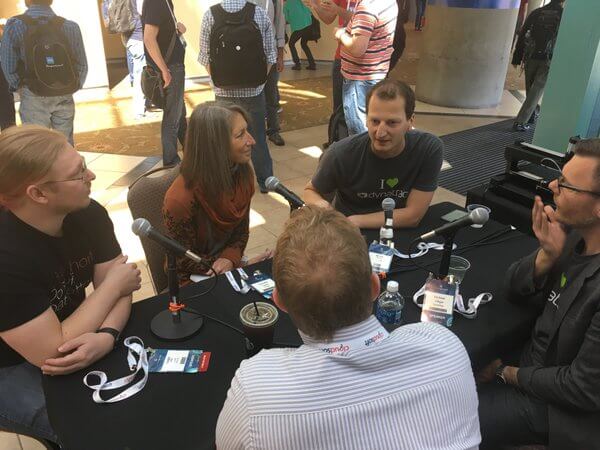 As enterprises shift from private clouds and on-premises solutions to multi-cloud, distributed systems, the ways that applications are tested, developed, and put into production will also shift. Microservices have taken a place in many of today’s hybrid cloud deployments, with developers and operations teams alike finding the need to streamline and improve their workflow automation. Enterprises can make use of platforms such as Cloud Foundry to help break down their monolithic stacks.

In this episode of The New Stack Makers embedded below, we explore why businesses are making the shift toward a multi-cloud system, the pitfalls of breaking down monolith applications into individual microservices, how platforms such as Cloud Foundry allow developers to be more hands-off with infrastructure management, and how Dynatrace and Pivotal are making the most of Cloud Foundry in their own stacks. Host Lee Calcote spoke with Pivotal Cloud Foundry principal technologist Casey West, Pivotal senior director of technology Cornelia Davis, Dynatrace Innovation Lab cloud technology lead Alois Mayr, and Dynatrace product evangelist Mike Villiger during the 2016 Cloud Foundry Summit to hear their thoughts on these topics and more.

What to Consider When Making the Shift Toward Multi-Cloud

Davis launched the discussion by noting that many of today’s industries face rapidly changing situations, with many having to scale up their applications at a moment’s notice. As such, “Being able to burst out into a public cloud is an absolutely essential use case. The other part of multi-cloud is being able to have that ultimate flexibility. The infrastructure really doesn’t matter anymore when you’re working with Cloud Foundry, the focus is on the application and what the application brings to your consumer base,” Davis said.

West said that the term multi-cloud as an alternative to the more commonly used hybrid cloud, highlighting that, “Organizations that don’t have something like Cloud Foundry in play have to worry about the automation of all of this infrastructure.”

However, Cloud Foundry is not just for developers, with Davis highlighting some of the benefits the platform brings to those working in operations, “There’s the ability to do monitoring across distributed infrastructures. The operational benefits are just as great. There is value in taking existing applications that are running on more traditional server-based infrastructures and adding that abstraction in between, which affords you all of those other capabilities.”

After recapping the presentations which Davis, Villager, and West gave during the summit, the discussion moved on to the ways in which breaking down legacy applications into a microservice-based infrastructure can both help and potentially hinder a business. “Visibility and access to data and information is absolutely critical. If you don’t have it, you’re really flying blind. One of the ideas of decomposing an application along across its natural seams, APIs, and contracts from a large monolith to microservices is the idea that you start to get that visibility, but if you don’t have the tools in place to achieve it, you’re just as blind. And now, rather than being blind to one large system, you’re blind to 500 tiny systems and that’s just as bad,” said Villager.

Ultimately, Cloud Foundry offers enterprises a powerful platform from which to manage their infrastructure and applications. When used correctly, West summarized that, “It’s like getting in a time machine and going four years in the future on your automation projects.”