With Constellation, Edgeless Systems this month published the first implementation of the Confidential K8s concept as open source.
Oct 3rd, 2022 10:00am by Felix Schuster 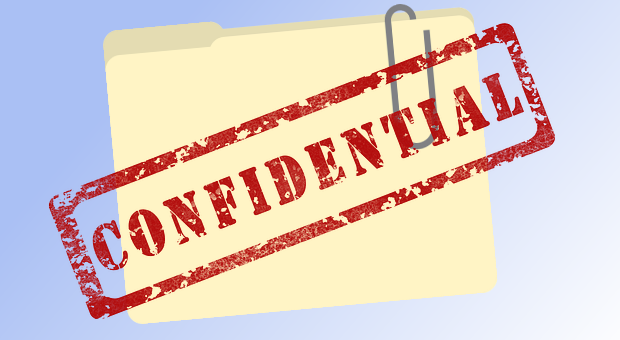 Image by Michelle Maher.
TNS Annual Reader Survey
We need your input! Take 5 minutes to chime in and help guide our coverage.
Begin the survey

Yes, that’s right, with confidential computing, workloads remain fully encrypted at runtime in memory. Only the CPU knows the encryption key, and it only temporarily decrypts the data in 64-byte chunks inside its internal registers and caches, which are inaccessible to other software and hardware.

With these two fundamental features, confidential computing lets you securely run workloads on potentially compromised systems. If implemented correctly, confidential computing can effectively shield workloads from malicious admins, OS kernels, hypervisors, and physical attacks like “cold boot.” Both runtime encryption and remote attestation are equally important here. Without remote attestation, a compromised infrastructure could simply lie about runtime encryption and the software it’s running and access your data once you send it over.

Constellation currently works with Azure and GCP with support for Amazon Web Services and OpenStack coming.

What Is Confidential Kubernetes?

Intel pioneered confidential computing when it started adding a feature called Software Guard Extensions (SGX) to its client CPUs in 2015. Back then, Intel primarily positioned SGX as a means to enforce digital rights management (DRM). Since then, the focus for the technology has shifted to the cloud, and AMD and Arm have jumped on the bandwagon with their Secure Encrypted Virtualization (SEV) and Realms features, respectively.

In essence, most of the recent Intel and AMD server CPUs support confidential computing, and the large cloud providers have all invested heavily in the tech and have corresponding offerings ready. 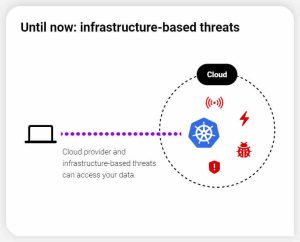 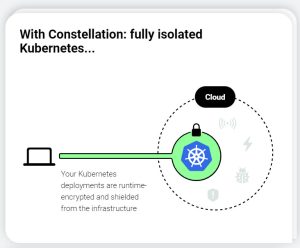 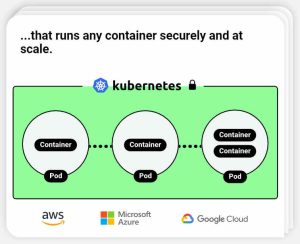 How Confidential Computing and Kubernetes Fit Together

OK, so if confidential computing is now prevalent, can we run our Kubernetes (K8s) clusters with it and keep everything encrypted and shielded from the infrastructure?

In addition, one would want mechanisms to ensure that data is not “only” encrypted at runtime, but that every single byte that goes on the wire or to cloud storage gets encrypted so that there are no gaps.

If all the above is given, we have something that almost seems a bit magical: a K8s cluster that is, as a whole, shielded from the infrastructure and in which all data is always encrypted — at rest, in transit and at runtime. Such a “Confidential K8s” is like a private carve-out on the public cloud. It prevents data access from malicious data-center employees, cloud admins, co-tenants and hackers coming through the cloud infrastructure software. Consequently, Confidential K8s enables companies to migrate even sensitive or regulated workloads to the cloud and to offer more trustworthy SaaS. 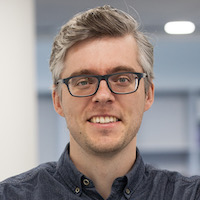 Felix Schuster is an academic turned startup founder. After his PhD in computer security, he joined Microsoft Research to work on the foundations of Azure Confidential Computing. There, he was one of the first to work with confidential computing and...
Read more from Felix Schuster
SHARE THIS STORY
RELATED STORIES
Is VMware’s Carvel Donation Just Another CNCF Sandbox? Kubernetes and Amazon Web Services Basic Principles Key to Securing Kubernetes’ Future Data on Kubernetes: How We Got Here, What’s Next What Do 'Cloud Native' and 'Kubernetes' Even Mean?
SHARE THIS STORY
RELATED STORIES
The Next Evolution of Virtualization Infrastructure OpenTelemetry Properly Explained and Demoed How Mirantis' Lens Autopilot Helped Choozle Scale Kubernetes MLOps Needs a Better Way to Manage GPUs Deploy Stateful Workloads on Kubernetes with Ondat and FluxCD
THE NEW STACK UPDATE A newsletter digest of the week’s most important stories & analyses.
The New stack does not sell your information or share it with unaffiliated third parties. By continuing, you agree to our Terms of Use and Privacy Policy.