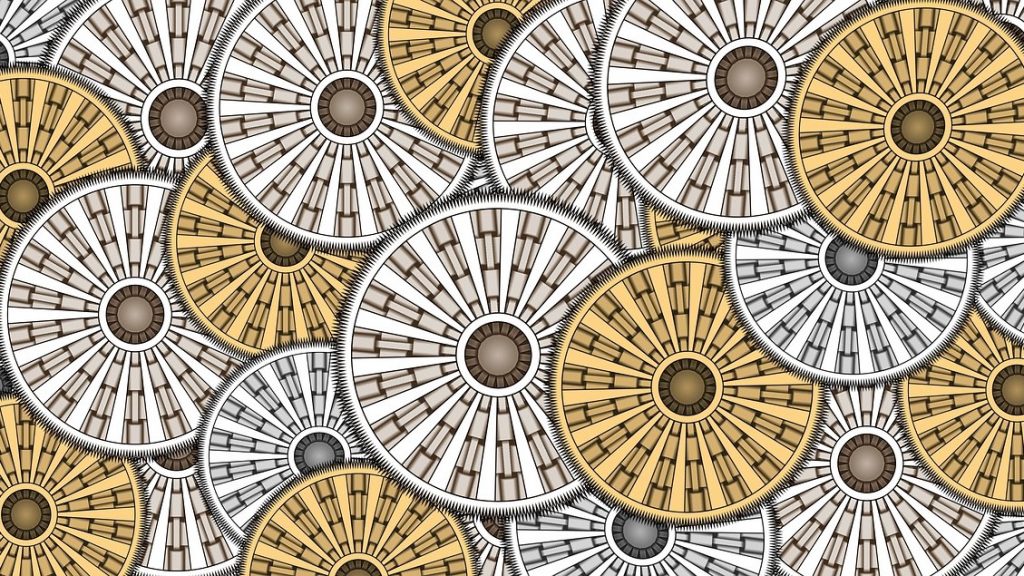 The open source reputations of many companies are on the rise, bolstered by real progress in corporate community engagement according to a survey of over 1,000 technologists. For the second year in a row, VMware worked with The New Stack and The Linux Foundation’s TODO Group to determine the degree to which companies are good citizens of the open source community. Seven of the eight companies rated by respondents in both the 2019 and 2020 surveys saw a greater percentage of respondents rating their citizenship as at least average.

Compared to previous years, respondents’ employers are more likely to be contributing code upstream, collaborating and influencing projects via leadership and maintainer roles. Although acquisitions may be related to some improvement in ratings, the data shows that constructive open source citizenship produces results. 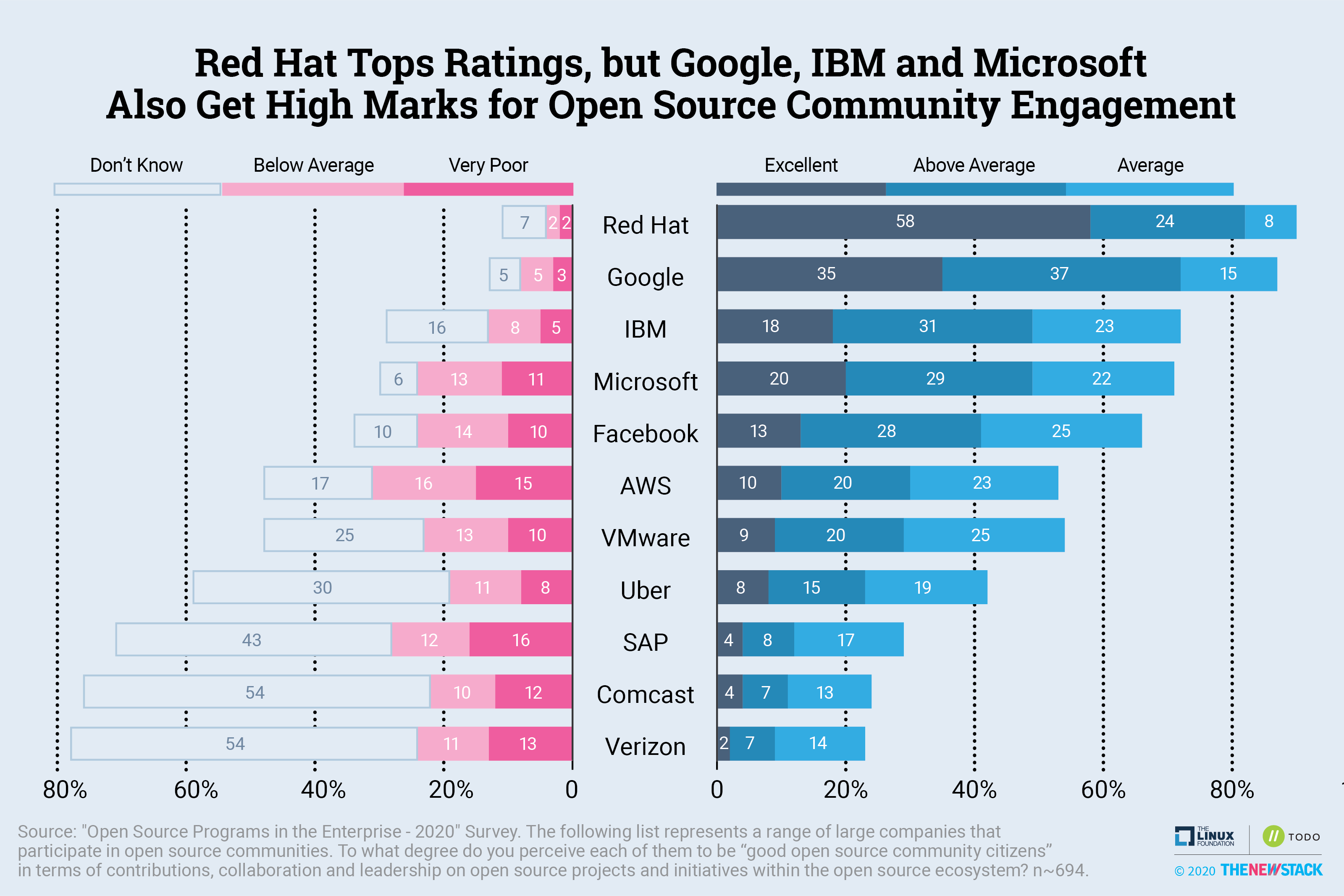 The 2020 study adjusted the list of 11 companies to better represent a range of large companies that participate in open source communities, including hyperscale consumer companies and telecommunications providers. Respondents were again asked to rate their open source community citizenship in terms of contributions, collaboration and leadership on open source projects and initiatives within the open source ecosystem. A description of the study’s methodology can be found on GitHub and at the bottom of this article.

The results were clear. Red Hat and open source excellence are synonymous — 58% rated it as excellent and another 24% as an above-average open source citizen. A year after its acquisition of Red Hat, IBM is benefiting from its association with the legendary OSS brand; in 2020, 49% rated IBM as at least above average, up from 41% in 2019. Microsoft’s strong ratings are at least somewhat supported by its previous acquisition of GitHub, although it still gets twice as many poor or below average ratings as compared to IBM.

VMware, which co-sponsored the study, saw one of the biggest jumps in respondents rating its citizenship as at or above average, going from 43% in 2019 to 53% in 2020. Part of the improvement is because fewer people said they “didn’t know” about VMware’s open source involvement. The gains are also due to a jump in the “above average” ratings. It appears that VMware’s open source actions and investments in the community are having an impact. A three-part series about the company’s open source program office describes a community-first approach to promoting open source in and outside of VMware.

Like IBM and Microsoft, VMware acquired well regarded open source companies like Pivotal and Bitnami in recent years. To some extent, the acquisitions, name recognition and a company’s consumer brand image may have influenced ratings, but none of these factors were asked about it in the questionnaire. What we did focus on are ratings from the most active participants in the open source community.

After the ratings questions, the survey asked if open source citizenship affects their organization’s buying decisions, with half of the respondents indicating it is at least moderately influential. Open source community involvement is more important in decision making among organizations that frequently contribute upstream — it is extremely influential for 29%, with another 47% indicating a very or moderate influence on purchasing. The 76% that view it as at least moderately influential is an increase from 67% of 2019 frequent contributor respondents. 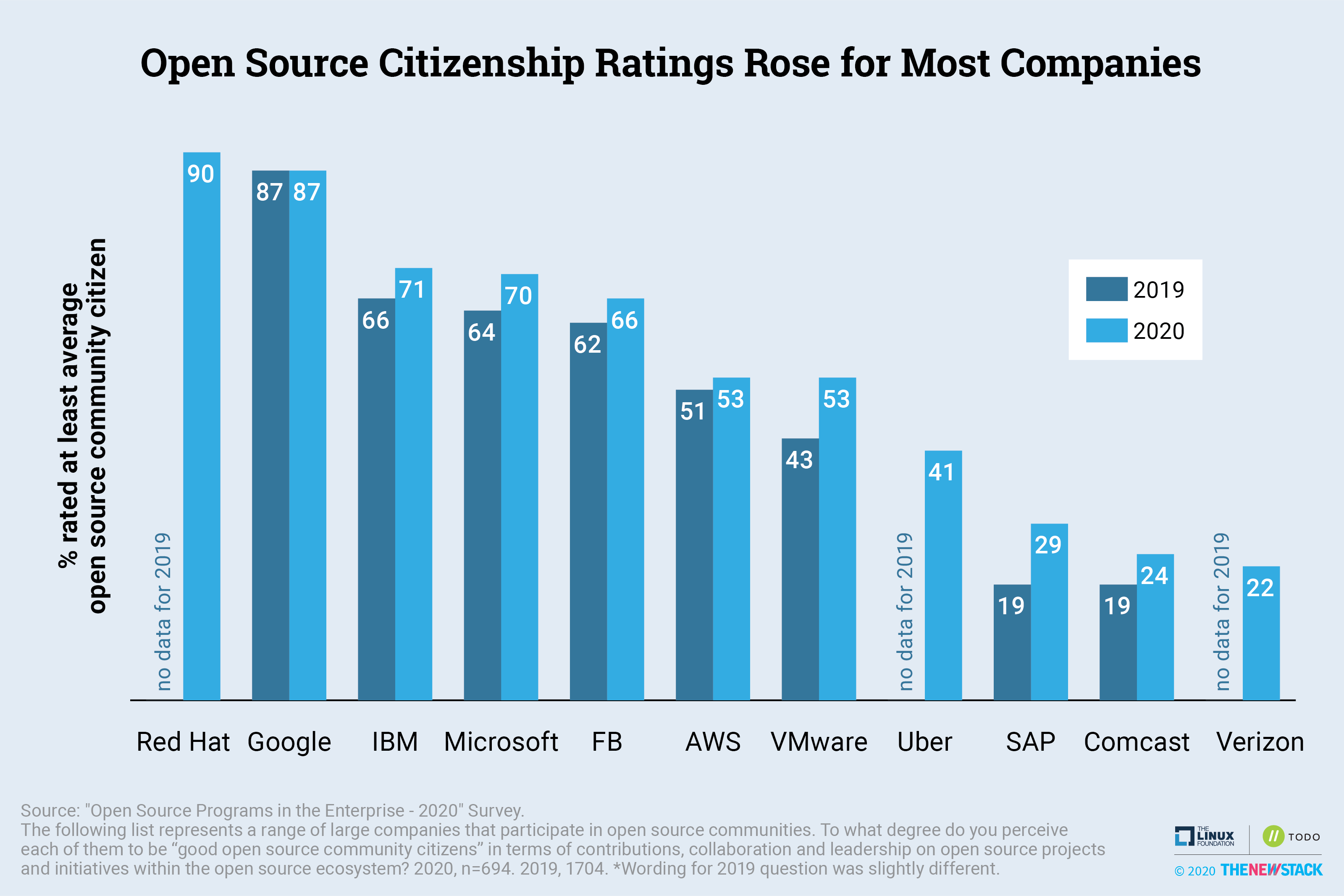 The study found support for the higher ratings across a range of open source engagement metrics. Collaboration with peers across open source projects and/or foundations has increased, going from 32% to 37% of the study’s respondents’ organizations. The collaboration is partly related to upstream contributions, with more organizations making these efforts compared to several years ago. Furthermore, 45% of respondents’ organizations have a formal policy governing contributions to upstream open source projects, up from 34% in the 2019 study.

Active participants in open projects have a wide range of expectations, many of which were not covered in the survey’s questions. Readers are encouraged to submit an issue with suggestions about what metrics should be included in the 2021 survey.

After screening and data cleanup, the report is based on 1,026 people that participated in the survey, which The New Stack conducted from May 5, 2020, to June 15, 2020. Respondents were solicited via social media and email lists from The New Stack, as well as the survey sponsors (The Linux Foundation’s TODO Group and VMware).

The Linux Foundation is a sponsor of The New Stack and co-sponsored this research.