2016-11-03 12:58:15
Structure Conference Discussion: Container Adoption and What It Means for Enterprise Developers
Technology

Structure Conference Discussion: Container Adoption and What It Means for Enterprise Developers 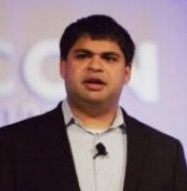 Kyle McDonald
Kyle MacDonald is a respected speaker, advisor and investor focusing on the development stack, open source, cloud and container space. He is a Strategic Advisor to Iron.io. He also serves as an advisor to other innovative companies including Red Hat , The New Stack, Big Switch Networks, RackN and Cloudsoft. Mr. MacDonald previously served as the VP & GM of Cloud & Server at Canonical / Ubuntu, where he was responsible for the strategy and execution of the Ubuntu Cloud & Ubuntu Server business as well as serving as a Founding Director of the OpenStack Foundation. Prior to Canonical and OpenStack, MacDonald served as Chief Evangelist at Cloud.com, Inc. He also served as VP of Corporate Development and Strategy at Hosting.com/Wachovia Capital Partners. Earlier in his career, he held executive leadership positions at Sun Microsystems & AMD.

It turns out that open source and open ecosystems are not the insurance policy that enterprises expect. Enterprise developers are largely unequipped to dream of offering automated services. Sadly, their operations infrastructure is not designed for scale but more so to accommodate “systems of record” that enterprises confront daily — snowflake problems. These software and SaaS platforms are often monolithic in nature, requiring upgrades and maintenance and an army of scriptwriters. In the meantime, new services pop up to replace the stagnant nature of enterprise development platforms. And that leads us asking:

This is the line of questioning I will follow when I moderate the panel at the Structure Conference, Wednesday afternoon, November 9 at Mission Bay in San Francisco. “Containing the Containers” will be a discussion about what the fast-rising popularity of containers really means for us all as technologies and cultures rapidly change.

My guest panelists are the engineers who are building the platforms to manage this change, knowing well the talent requirements and the impacts that come when building and managing scale-out ecosystems:

The concepts that come with automated service relate to the container ecosystem in quite a direct manner. Workloads are increasingly being migrated to containers as developers find them productive and accessible. Infrastructure has now moved from being a centralized/CIO environments into distributed and line of business controlled. Workloads are increasingly moving into production as both net-new apps as well as legacy apps are getting refactored into new architectures and deployment paradigms. This is all being done at a pace we haven’t seen before with dramatic strategic implications for both vendors and enterprises as they seek to reconcile production workloads in a fragile and rapidly evolving ecosystem.

Developers began the container journey three years ago with the emergence of Docker and the coalescing of an implementation runtime and the frameworks to support these new styles of workload — “cloud native,” so to speak. The cloud-native ecosystem has experienced rapid growth. The Cloud Native Computing Foundation now boasts a membership roster of 55-plus vendors and end-user enterprises. This growth has been amazing for the industry and has proven that open ecosystems, platform communities and open source technologies made a fuel that created the rapid adoption we are getting to see.

The pace of growth in the container ecosystem is remarkable as it represents one of the first times a technology was implemented from “the ground up” as an open source technology with no like-for-like proprietary competitors. This represented a unique opportunity for container technologies to become a central focus for both the developer community as well as the infrastructure community. This intersection represents the most valuable potential engagement focal point in an enterprise, from the vendor perspective, as the decisions coming from that intersection ripple into vast areas of IT spend. It’s a powerful mix. But with systems, as they are now, it’s apparent these traditional developers will increasingly need to participate in open source projects. How do our panelists approach this issue that comes with a workforce with such elastic skill sets?

We are now watching the competitive commercial dynamics begin to play out in the open source and open ecosystems around the container and cloud-native ecosystem. Enterprise adoption of containers and the cloud-native ecosystem has been more rapid than prior technologies but how these systems get built out is a matter of debate.

And that’s a debate we welcome you to engage in next week with us at the Structure Conference. Hope to see you there.

CoreOs, Docker and Mesosphere are sponsors of The New Stack.