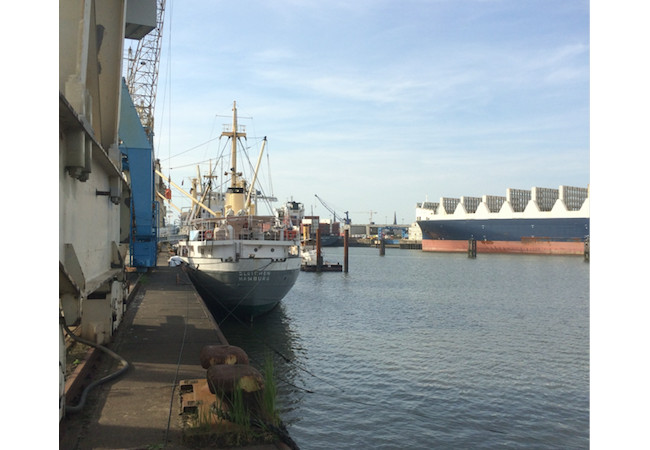 The community developers behind the Knative serverless connector for Kubernetes, version 0.7.0, hope the new release features better meet the real-world needs of those who have worked with the serverless framework since its recent debut.

Speaking during the sidelines of ContainerDays in Hamburg this week, Matthias Wessendorf, principal software engineer for Red Hat, and a Knative contributor, told The New Stack that v0.7.0 continues to bring new serverless capacities to Kubernetes based on feedback from users who continue to spin its wheels. The location for the conversation and the conference was at the Hafenmuseum Hamburg, which is a restored loading platform and warehouse for containers and ships at the historic port.

During this ContainerDays talk Tuesday on Knative with fellow Red Hat engineer Roland Huß, Wessendorf noted he fielded more than a few questions about Knative v0.7.0 when he mentioned the release a few hours later ahead of its official release. These include eventing features, a new API for sequences (with more API improvements to come) and better scanning capabilities. A more complete list of the improvements are listed below.

Also, in consideration of the increased popularity of Tekton for CI/CD and now extending to serverless development, the Knative community is also now recommending the use of Tekton instead of Knative Build.

The concept behind this and subsequent releases is to help to further facilitate the tasks for applications running on the serverless framework. These include building containers, orchestrating workflows, expanding the API, improved traffic management and other new features.

Knative has gone through many changes since its first release last year, now that the open source alternative has been field tested for commercial applications. The Knative community developers, including backers Google, Red Hat, Pivotal and IBM, as well as a number of other contributors, have sought to offer developers and service providers to offer a full suite of serverless applications and features on Kubernetes. Earlier this year, Red Hat introduced OpenShift 4, including the possibility of including Knative in its Developer Preview. Previously, many of these features required accessing AWS’ paid Lambda services. Thus far, Knative has almost 2,000 stars on GitHub.

Other new features Knative has introduced and described on GitHub include:

Pivotal and Red Hat are sponsors of The New Stack.