Containers for Non-Developers: Shifting the Conversation to a Wider Business Focus 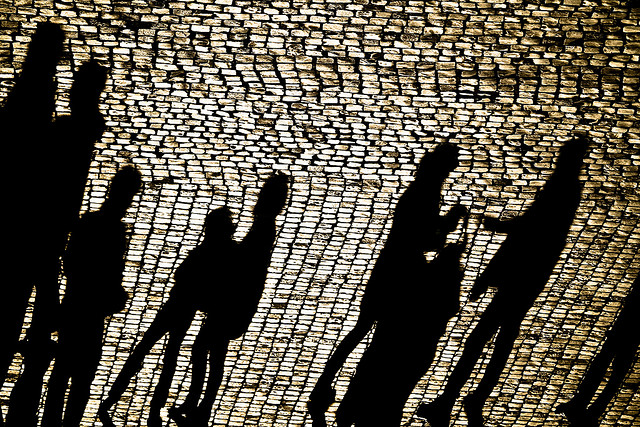 A new post on the blog of Docker PaaS provider Deis moves the Docker and container conversation beyond the realm of the technician and web architect.

It is a savvy piece by Catherine Oliver, who describes how a technical writer, developer evangelist and a marketing team could make use of containerized environments to work at an agile, reduced-time-to-market pace. Savvy because it is one of the first real examples of talking about — and describing the benefits of — containers and Docker to the business beyond its developer team.

We are all familiar with the game-changer that containers are creating from startups all the way to enterprise settings. A single version of truth for applications where the development, QA, staging and production environments all look identical enables a remote, distributed workforce; reduces bloated dev environments; speeds up development and deployment; and can optimize memory and processing power. But these benefits — while having ramifications for the whole organization — target the developer’s contribution to a business’ processes. Containers have been spoken of in terms of the IT and tech architecture that enables a business to perform.

Oliver’s piece takes the next step: once a business has built an environment where services are containerized and application versions can be spun up in containers at any point, then the whole workforce is empowered to work with the latest versions, review beta features, address testing and bug issues, and start marketing conversations.

Oliver gives examples of a developer evangelist who could spin up a customized version of the business’ white-label application, or fork a beta-feature branch and demonstrate the new functionality with a potential customer in real-time.

Technical writers could write patches or bug reports by spinning up a version of the app with the same environment as the customer who reported the bug. By using containers, a technical writer doesn’t need to rely on a stable QA environment, but is “able to access the software as it would be live, in a matter of minutes, and without requiring any assistance from anyone else.”

Similarly, marketing teams could get the jump on new releases by working with containerized versions of upcoming rollouts so as to better prepare marketing materials (screenshots, conference pitches, etc.) in parallel to the dev team, but without actually disrupting the dev team’s work schedule.

Of course, as a blog post on Deis’ website, they do want to draw attention to the fact that Deis helps create these new containerized environments that others outside the IT department could use, without the technical complexity of setting them up.

But more than that it is a reframing, or an evolution, in how containers are being discussed in business use cases. It is a changing narrative that is currently being seen in the API world as well. While APIs have similarly been seen as helping speed up time-to-market or enable agile environments, the game has been changing somewhat this year with services like Blockspring embedding APIs in spreadsheet tools so that non-developers can make use of the promised benefits of APIs without the technical know-how. Government agencies like the U.S. Energy Information Administration are producing widgets that create visualizations based on streaming data from the EIA’s API, again enabling non-developers to gain the benefits of the API without having to use it directly. Sites like SimilarWeb have built Google Tools and add-ons specifically to enable non-developers to make use of their APIs.

It is this trend of enabling non-developers to make use of the benefits of the new stack tech that Oliver is reframing as part of the potential of containers, and Docker in particular.

Mark Boyd is a freelance writer for The New Stack and ProgrammableWeb. He's into: API economy, open data, smart cities and tech that helps us interact and connect.
Read more from Mark Boyd
SHARE THIS STORY
RELATED STORIES
Tutorial: Deploy Acorn Apps on an Amazon EKS Cluster Acorn from the Eyes of a Docker Compose User Connect to Remote Docker Machines with Docker Context Deploy a Kubernetes Cluster on Ubuntu Server Using Containerd Tutorial: Deploy a Full-Stack Application to a Docker Swarm
TNS owner Insight Partners is an investor in: The New Stack, Docker.
SHARE THIS STORY
RELATED STORIES
Can Observability Platforms Prevail over Legacy APM? Install Dozzle, a Simple Log File Viewer for Docker Container Security: A Troubling Tale, but Hope on the Horizon Docker versus Kubernetes: Start Here What Is Apptainer and How Do You Install It on Ubuntu Server?
THE NEW STACK UPDATE A newsletter digest of the week’s most important stories & analyses.
The New stack does not sell your information or share it with unaffiliated third parties. By continuing, you agree to our Terms of Use and Privacy Policy.