Cloud-native computing relies on containers as a common denominator. The platform allows software programs to be easily moved between systems, even ones with different architectures, by providing a universal platform. App containers package code and dependencies together at the app layer.

Containers serve as the base common denominator for cloud native computing. They offer a universal platform to package software programs so they can be easily moved around to different systems, even those with different architectures.

Like any modern technology, containers have actually been around for decades. FreeBSD offered “jails” in the early 2000s, and Solaris containers were a key part of offering secure, flexible platforms for applications running on Sun Micrososystems’ own Unix platform. In 2008, the idea of container became a core part of the Linux kernel with the introduction of LXC (LinuX Containers), implemented with cgroups and Linux namespaces.

While LxC was used by Google to manage its own infrastructure, it wasn’t until the advent of Docker, nuanced in 2013, did developers embrace abstraction, because it gave them an easy way to move software from development to production without any manual restaging. Mass-use of containers spurned development of container orchestraters such as Kubernetes and Docker Swarm.

Although Docker open sourced its container technology, additional effort has gone on to move the technology to independent open source governance, by way of projects such as runC, Containerd and the Moby Project. Additionally, more work has been undertaken to build containers that are both more secure and performant, such as Kata Containers. 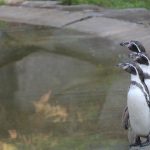 CI/CD, DevOps and Containers: A Winning Trio
BY Barak Nissim
DevOps is not a technology; it’s a methodology. Its goal is to make software development efficient. Containerization narrows the gap between development and IT Ops to a minimum. 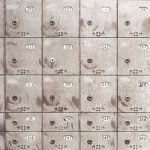 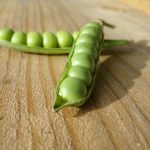 Containers and Microservices: Two Peas in a DevOps Pod
BY Matt Chotin 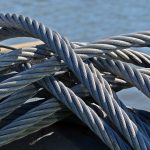 Container Networking: A Breakdown, Explanation and Analysis
BY Lee Calcote 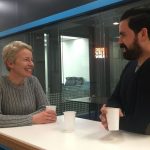 Tech Ethics: Can Developers Save the Earth, One Container at a Time?
BY Jennifer Riggins
There’s no doubt the ethics of our jobs in tech are making more and more headlines. So much of the debate surrounds the area of big data — but what about the environment? Could containers systems like Docker and Kubernetes allow developers to reduce electricity and save the world?
SHARE
Latest Containers Stories
What Is the Docker .env File and How Do You Use It?
BY Jack Wallen
How to Implement a Security Scanner for Docker Images
BY Shishir Khandelwal
SPONSORED
Kubernetes Needs to Take a Lesson from Portainer on Ease-of-Use
BY Jack Wallen
Docker Swarm, a User-Friendly Alternative to Kubernetes
BY Shaun O'Meara
SPONSORED
Top 5 Considerations for Better Security in Your CI/CD Pipeline
BY Ali Bidabadi
SPONSORED
Data, Analytics and AI: What Will Happen in 2023
BY Andrew Brust
4 Ways to Use Kernel Security Features for Process Monitoring
BY Amit Gupta
SPONSORED
WebAssembly vs. Kubernetes
BY B. Cameron Gain
FULL CONTAINERS ARCHIVE