Context: ‘If Data Is King, then Distribution Is the Queen’

The New Stack Context is a weekly podcast wrapping up the news of the week. This week, the topics are microfrontends and the CapitalOne breach.
Aug 2nd, 2019 5:00pm by TNS Staff 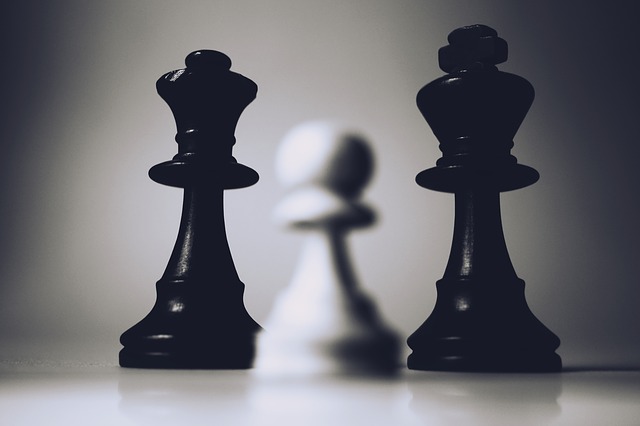 ‘If Data Is King, then Distribution Is the Queen’

Welcome to The New Stack Context, a podcast where we discuss the latest news and views from the cloud native community. This week, we spoke Luca Mezzalira, chief architect at sports video streaming site DAZN (Da-Zone), about the idea and evolution of microfrontends, or the equivalent of a microservices approach to scaling frontend development.

Mezzalira has written and presented talks about his journey to design the company’s scale-out frontend streaming application, one that he calls one of the most challenging architectures he’s ever created. DAZN was dealing with a lot of the same issues that companies with large, monolithic backends face as they tried to quickly, and massively scale. We’ll hear about how his team developed the DAZN microfrontends. If content is king, then distribution is the queen, he reminded us in this lively interview.

Then later in the show, we’ll discuss the recent data breach at Capital One due to a “firewall misconfiguration” that allowed a hacker to access data on over 100 million customers in the company’s AWS S3 buckets. As regular readers know, The New Stack has had dozens of posts (most recently) about the dangers of cloud security over the past few years. And they all have the same basic underlying message: even if you use third-party cloud services, security is still your responsibility.

No one gets fired for not implementing multifactor authentication, password managers, or even for not doing basic patching. But people are fired the minute there is a breach, security expert Chenxi Chang tweeted. “The industry needs to have a basic competency building block list for Cyber. If you are not doing that, you deserve to be fired, regardless of the presence of a breach.”

We also discuss some of the other stories on the site, including the possible return of the unikernel, the possible overuse of loops in programming, and an interview with Abby Kearns, the executive director of Cloud Foundry, about open source maturity and the exciting possibilities of China.

The Cloud Foundry Foundation, the Cloud Native Computing Foundation and KubeCon+CloudNativeCon are sponsors of The New Stack.

SHARE THIS STORY
RELATED STORIES
3D Web Development: Going Through the Hoops with Croquet Why the Edge for Applications Is a Trend Heading into 2023 The Latest Milestones on WebAssembly's Road to Maturity Jamstack Panel: How the Edge Will Change Development Survey Finds Majority of Jamstack Community Testing Edge
TNS owner Insight Partners is an investor in: The New Stack.
SHARE THIS STORY
RELATED STORIES
Building a To-Do App using GitHub Actions, Playwright, Next.js Serverless vs. Kubernetes: The People's Vote Kelsey Hightower on Software Minimalism and JS Frameworks Forrester Identifies Best Practices for Serverless Development Hazelcast Aims to Democratize Real-Time Data with Serverless
THE NEW STACK UPDATE A newsletter digest of the week’s most important stories & analyses.
The New stack does not sell your information or share it with unaffiliated third parties. By continuing, you agree to our Terms of Use and Privacy Policy.