Context: VMware’s Plan to Lead Enterprises Through the Virtualization Jungle 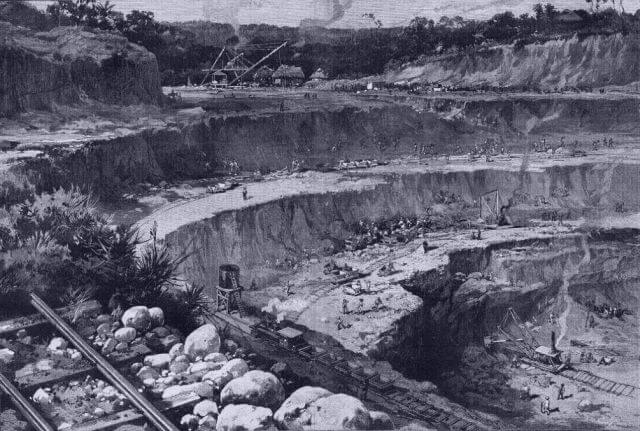 If it were up to VMware Chief Technology Strategy Officer Guido Appenzeller, and if architecture were the only factor under consideration, he would be running containers every day.

“Everybody’s running containers inside of VMs — pretty much everybody I talk to,” said Appenzeller.  “I can’t recall a single instance where people are actually running it on bare metal.” 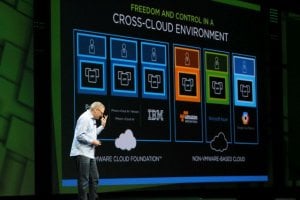 For this edition of The New Stack: Context podcast, fresh from VMworld 2016, we take a look at the role VMware intends to play in the emerging container ecosystem. Will VMs continue to provide infrastructure for containers, or will containers render VMs obsolete altogether?

It can be argued that VMware holds a very high card in its portfolio of infrastructure resources: its installed base among enterprises. Its existing server virtualization platform is said to hold as high as 80 percent worldwide market share in terms of current sales. And at least one analyst firm — Gartner — rates VMware as the leader in server virtualization infrastructure technology, a category that also include container technologies. Gartner considers container engines primarily a tool for developers, not operators or admins.

For a great many enterprises — as one survey reveals, nearly 9 in 10 — the cloud revolution stops at the boundaries of the virtual machine. In these environments, containers don’t seep into the infrastructure at all. So hyperscale — the type of environment one would need, arguably, to truly deploy applications as microservices — never actually happens there.

VMware would prefer not to stand in the way. However, it has clearly engineered a pair of options for expanding containerization (if not to hyperscale, then at least beyond a single VM) whose paths are channeled through one of its own principal products: the NSX network virtualization platform. 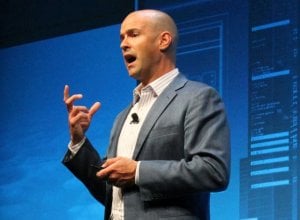 “I think the changes we will see in infrastructure, and the full automation of infrastructure, will be accelerated because of containerization technology,” admitted VMware Vice President Paul Fazzone, who heads NSX product management. “If you think about how quickly and easily a developer can spin up tens or hundreds of containers in an environment, and stitch them together into an application, that will push the envelope on how performant and how responsive the infrastructure will need to be.”

Fazzone went on to admit he believes that human beings should not stand in the way of progress here — that as long as barriers do exist to the implementation of containerization as automation tools, developers will find ways around those barriers.

So it isn’t as if VMware is trying to create some artificial barrier to entry. Moreover, it’s offering to knock down the natural barricade that already exists around containers, erected from enterprises’ uncertainty around security, compliance, and interoperability. VMware is cutting more than one path through that barricade. In an environment where analysts and advisors set the stage, so Docker may not even be a player, which path — if either — will enterprises choose?

Listen now to Hyperscale Only Takes You So Far, the latest edition of The New Stack: Context, produced by Scott Fulton and Luke Lefler.

Show 7: Hyperscale Only Takes You So Far

Feature image: Illustration of the first (unsuccessful) attempt to build the Panama Canal — the Culebra Cut of 1885 — from a printed copy of Harper’s Weekly, now in the public domain.

Scott M. Fulton III leads the developer content team at Neo4j, and before this, was a 37-year veteran producer and editor, including for The New Stack, where he created the Context podcast. He produced the Scale blog for ZDNet, was...
Read more from Scott M. Fulton III
SHARE THIS STORY
RELATED STORIES
Case Study: How SeatGeek Adopted HashiCorp’s Nomad .NET 7 Simplifies Route from Code to Cloud for Developers Can Observability Platforms Prevail over Legacy APM? Swarm, a User-Friendly Alternative to Kubernetes WebAssembly vs. Kubernetes
TNS owner Insight Partners is an investor in: The New Stack, Docker.
SHARE THIS STORY
RELATED STORIES
Docker versus Kubernetes: Start Here Connect to Remote Docker Machines with Docker Context The Next Evolution of Virtualization Infrastructure Can Observability Platforms Prevail over Legacy APM? Data, Analytics and AI: What Will Happen in 2023
THE NEW STACK UPDATE A newsletter digest of the week’s most important stories & analyses.
The New stack does not sell your information or share it with unaffiliated third parties. By continuing, you agree to our Terms of Use and Privacy Policy.