Why Storage Giant EMC Keeps a Hand in OpenStack Development 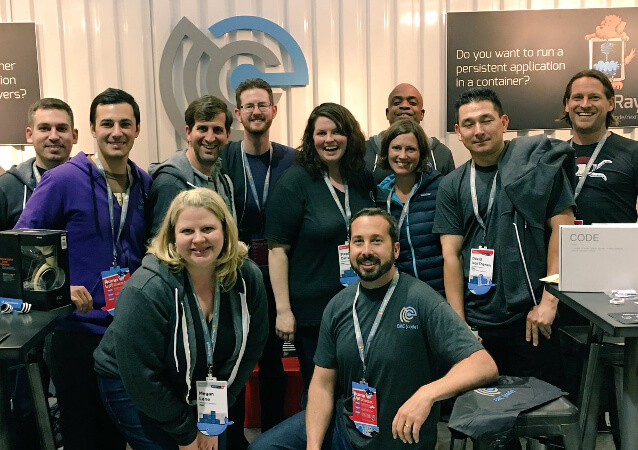 The IT landscape has changed dramatically in the last couple of years. Gone are the days of proprietary hardware and black boxes; everything is becoming ‘software defined.’ That shift creates a huge challenge for incumbents, the big players of the old days.

EMC is one such company. EMC is traditionally known as a hardware vendor that offers a wide range of storage solutions to enterprise customers. But with the changing times, EMC changed their approach. Over the last few years, EMC has made investments in building out a software-defined storage portfolio.

EMC, which acquired virtualization company VMware in 2004, continues to strengthen its software and cloud portfolio by acquiring players like Cloudscaling, Maginatics, and Spanning.

In 2012 EMC followed VMware and joined the OpenStack Foundation as gold members.

“Much like Linux has matured into a serious enterprise operating environment, OpenStack is visibly on much the same trajectory,” Chuck Hollis, the then global marketing chief technology officer of EMC wrote in a blog post. “And the OpenStack Foundation is the key industry nexus point for the evolution of a growing number of different-flavored distributions and editions.”

EMC engaged with OpenStack at many different levels. They contributed a lot of their software as open source, to the OpenStack community through its open-source software research initiative, EMC{code}.

EMC also works closely with OpenStack players like Mirantis and NetApp to work on projects like Manila and Cinder.

“We have been contributing to OpenStack since the Grizzly release and our contributions from commits, bug resolution, blueprints, lines of code, documentation, etc. has been increasing every release and will continue to do so for future releases as well,” Mohamed Khalid of EMC wrote in a blog post.  “EMC is vested in OpenSource and contributing to the OpenStack community is high up on the list.”

A big part of the work, of course, has been to make OpenStack work more easily with EMC storage products, such as its software-defined block storage software, ScaleIO.

The company worked with Canonical and the Mirantis OpenStack distributor “to integrate ScaleIO into their platforms (via plug-ins) enabling customers to now choose the industry’s top performing software-defined storage for their Cloud deployments,” said Dorian Naveh, EMC senior director of technology alliances.

“All the EMC contributions to OpenStack, such as product drivers, are made to help our customers build their OpenStack environments with EMC Products. Hence, we have drivers for various storage devices, VNX, VMAX, XtremIO, ECS, and ScaleIO,” said Varun Chhabra, EMC’s director of product marketing for the company’s advanced software division.

As the adoption of OpenStack increases, there are heavyweights like AT&T that have armies of developers and engineers to do all the work. But there are many non-technical enterprise customers who don’t have such in-house capabilities; these customers want to use OpenStack without having to dip their toes in the waters, given that OpenStack is not an easy thing to set-up.

“One of the things that’s very interesting about the OpenStack ecosystem is that there is a variety of approaches and opinions that customers come in with,” said Chhabra.

Swapnil is a journalist and writer who has been covering Linux & Open Source for 10 years. He is also a science fiction writer whose stories have been broadcast on Indian radio and published in leading Indian magazines.
Read more from Swapnil Bhartiya
SHARE THIS STORY
RELATED STORIES
Retrospective: Why Was Cloud Foundry at KubeCon? Livin’ Kubernetes on the (Immutable) Edge with Kairos Project 3 Ways an Internal Developer Portal Boosts Developer Productivity Install Dozzle, a Simple Log File Viewer for Docker Spotify's Backstage: A Strategic Guide
TNS owner Insight Partners is an investor in: Mirantis.
SHARE THIS STORY
RELATED STORIES
Retrospective: Why Was Cloud Foundry at KubeCon? How Intuit’s Platform Engineering Team Chose an App Definition OpenTelemetry Properly Explained and Demoed How Boeing Uses Cloud Native 3 Essential Tips for Adopting DevSecOps
THE NEW STACK UPDATE A newsletter digest of the week’s most important stories & analyses.
The New stack does not sell your information or share it with unaffiliated third parties. By continuing, you agree to our Terms of Use and Privacy Policy.