Cooking for Engineers: In Praise of Legendary Food Hacks

Michael Chu, a hardware engineer, created a website combining a love of science and food in 2004. It's still gaining fans today.
Apr 10th, 2022 6:00am by David Cassel 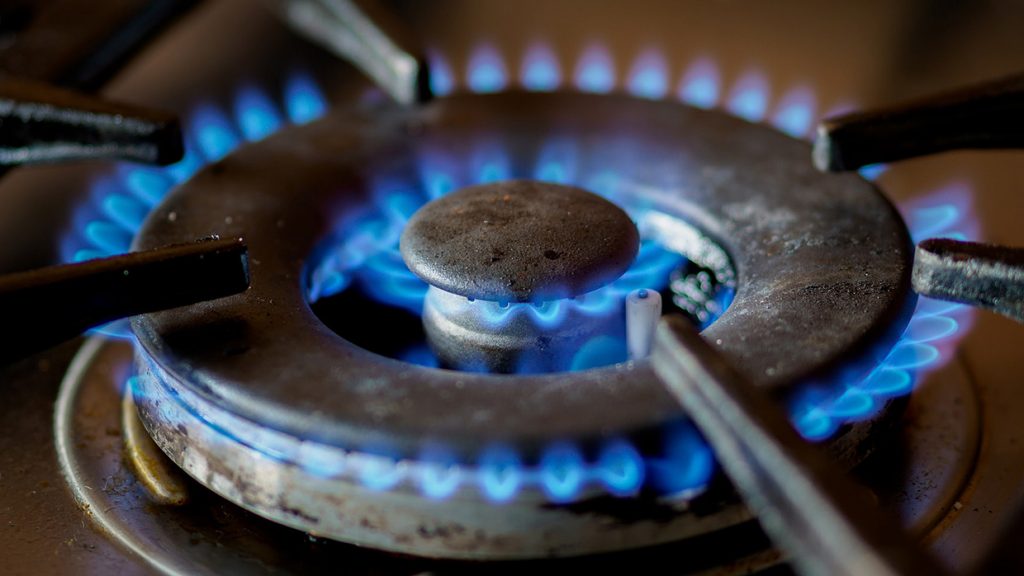 “Have an analytical mind? Like to cook? This is the site to read!” That’s the tagline of Cooking for Engineers, a popular site launched in 2004 by Silicon Valley engineer Michael Chu. A biography page notes he’s worked as a network engineer and a software programmer, and even as a PDA hardware designer, a computer vision researcher, and a notebook hardware application engineer.

So with an electrical engineering degree from Steve Wozniak’s alma mater, the University of California at Berkeley, Chu set about building a personal website that chronicles his own enthusiastic explorations into the world of food (along with his own unique schematic for presenting the data in cooking recipes.)

Diligently, methodically, Chu explored all those burning questions that haunt the brain of an engineering-minded cook — like whether the barbecuing process for beer-can chicken really does impart any extra beer flavor?

Once the question popped into his head, Chu had to find out. Soon, he was standing in the supermarket checkout line with two chickens, and debating the question with the man behind him.

“I countered by saying that there are many volatile compounds that we can smell during the cooking process, but many of these dissipate so quickly that they don’t enter the meat,” Chu wrote in his blog post. “If alcohol in gaseous state is such a good flavorant, why doesn’t anyone steam vegetables or delicate meats with a pot of top quality Cabernet Sauvignon?”

As the years rolled along, Chu delved into more and more science-y topics. For example, sous vide cooking, “the preparation of food by submerging ingredients in a temperature-controlled water bath (often while the ingredients are enclosed within a vacuum-sealed plastic bag).” A companion post offers a guide for setting up your own home water bath and vaccuum sealer.

And what exactly is the best way to cook bacon? Microwaved? Fried? Broiled? Grilled? Draped over a specially-designed bacon rack for microwave ovens?

Each page also has its own bumper crop of comments left by grateful readers over the years. (“OMG, so crunchy.”) There are 56 comments on a page investigating the best method for soft-boiling eggs (with photos showing an egg’s interior after two minutes, three minutes — and each interval up to nine minutes).

And one page describes Chu’s attempts to home-brew marshmallows.

More recently Chu’s been spotted answering cooking questions on Quora. His last post on Cooking for Engineers was a 2016 review of a wireless thermometer for your meat smoker.

But 18 years after its launch, the site still has fans. Last month a link to “Cooking for Engineers” turned up on Hacker News — where it soon racked up 184 upvotes (and another 114 comments).

“Much as I appreciated the step-by-step instructions and their accompanying pictures” one commenter wrote, “I always thought that the genius element — and perhaps one that might have real IP value — was the schematic representation combining recipes and the cooking process.”

Another commenter agreed: “Yeah, it’s genius. I wish every recipe was written in this way.”

Noted another commenter, “Apparently, he tried to patent it, but in various patent searches I haven’t found anything.”

A Web of Recipes

Back in the site’s early days, Chu was lead architect on a pop-culture site called Fanpop). When Fanpop launched in 2006, he posted, “in a sense, I have been cooking — just not the epicurean kind.”

Chu started Cooking for Engineers in an era so long ago that his inspiration was a mishap with his PalmPilot. He had been using the early handheld gadget to hold his favorite recipes — until a synchronization error deleted them en masse. He had lost everything except his recipe for tuna noodle casserole, his site’s FAQ explained.

So he’d decided to switch to a much more reliable backup system: the web.

All the exploration began with a salsa cruda recipe from Cook’s Illustrated magazine (mincing and mixing in more garlic cloves with a pinch more salt). Chu’s recipe page brags “we found the optimum mixture of flavor.” But more importantly, as the FAQ notes, it was also the beginning of his long-running site.

Today the site stands as a throwback to a long-ago era before all the world’s recipes migrated onto other people’s platforms. This still-standing domain won’t let it be forgotten that long before Instagram — or even YouTube — one developer had gathered up all his favorite recipes onto a site of his own. Over the years the site kept growing, until he’d assembled nearly 300 different posts.

And it’s all proof that an inquiring mind can liven up the simplest of dishes.

Even when making Rice Krispie treats, Chu first lines the baking pan with a “sling” of parchment paper for easier dispatching (or “unmolding”) of the finished dessert. “If you’re bored with Rice Krispies Treats, try the same recipe with regular Cheerios or another puffed grain cereal,” Chu advised his readers — while also exploring the various philosophical questions this raises.

“Are you even allowed to call them Rice Krispies Treats if they don’t contain Rice Krispies cereal? I wrote to Kellogg’s and didn’t get a clear answer. They did tell me the following:

The Rice Krispies Treats recipe is trademarked by Kellogg Company and is not available for use by the public. Therefore, we can not grant permission to use this name. As with any recipe you make, it can be used as you want. However, you would have to use a generic name such as rice crisp cereal bars should you decide to sell them.“

But there’s just no holding back the site’s community of readers, who over the years kept suggesting even better home-tested cereal alternatives. Like treats made with Cocoa Pebbles. Or Fruity Pebbles. Golden Grahams. Corn Flakes. Cheerios. (“And stir in a cup of Reeses Pieces.”) Candy Corn.

One commenter even suggested melting toffee in with the butter — while another suggested adding cranberries. (“The tangy flavor from the berries is released into the butter, which then makes the end result something light and refreshing.”)

In fact, more than 167 comments appeared, with an endless variety of alternate strategies. “For the ultimate in laziness: use jarred Marshmallow Creme,” one commenter suggested.

The comments on individual posts are also gathered up and republished in a community forum, which shows more than 23,000 comments (and nearly 60,000 registered users, using pseudonyms like “Dilbert” and “Julius Child”).

One recent discussion covered the right ratio of water to use when cooking rice.

In March, a user thanked Chu for a chocolate soufflé recipe that he’d posted back in 2006. “I have been using this recipe for about 10 years and it never fails.”

Chu wrote in the original recipe, “Just the mention of chocolate soufflé can conjure up feelings of decadence and luxury. The ability to prepare a chocolate soufflé usually commands the admiration of the diners.

“However, the difficulty in preparing a soufflé has been somewhat exaggerated over time.”

Chu’s site also boasts a “recommended reading” section, offering book suggestions to Cooking for Engineers fans. It includes “What Einstein Told His Cook: Kitchen Science Explained,” as well as “On Food and Cooking,” which Chu calls “probably the greatest food science book ever written in the English language. No recipes, just straight information on the history, science, and technology of food.”

Even the site’s gift shop is still up and running, letting cooking enthusiasts purchase T-shirts, coffee mugs, and tote bags emblazoned with the site’s logo along with a picture of biscotti or a slice of banana nut bread.

It’s obvious Chu invested a lot of time and enthusiasm into Cooking for Engineers, and it’s still a fun site for whiling away an afternoon with some casual cooking-related web browsing. And here’s a spoiler about that beer-can chicken:

“No difference could be detected between the two types of chicken … Maybe I needed a stronger, darker beer — but some difference should be detectable, even using Budweiser vs. plain water.”

SHARE THIS STORY
RELATED STORIES
Wellspring of Creativity: Why Public Domain Matters Entrepreneurship for Engineers: Avoiding Feature Bloat The Power and Ethical Dilemma of AI Image Generation Models It Happened to Me: How I Suddenly Owed AWS $13,000... Snack Stack: Turning Winter Comfort Food up to 11
SHARE THIS STORY
RELATED STORIES
It Happened to Me: How I Suddenly Owed AWS $13,000... Golden Paths Start with a Shift Left How We Manage Incident Response at Honeycomb Java's James Gosling on Fame, Freedom, Failure Modes and Fun SRE Housekeeping: Where to Get Started for New Hires
THE NEW STACK UPDATE A newsletter digest of the week’s most important stories & analyses.
The New stack does not sell your information or share it with unaffiliated third parties. By continuing, you agree to our Terms of Use and Privacy Policy.