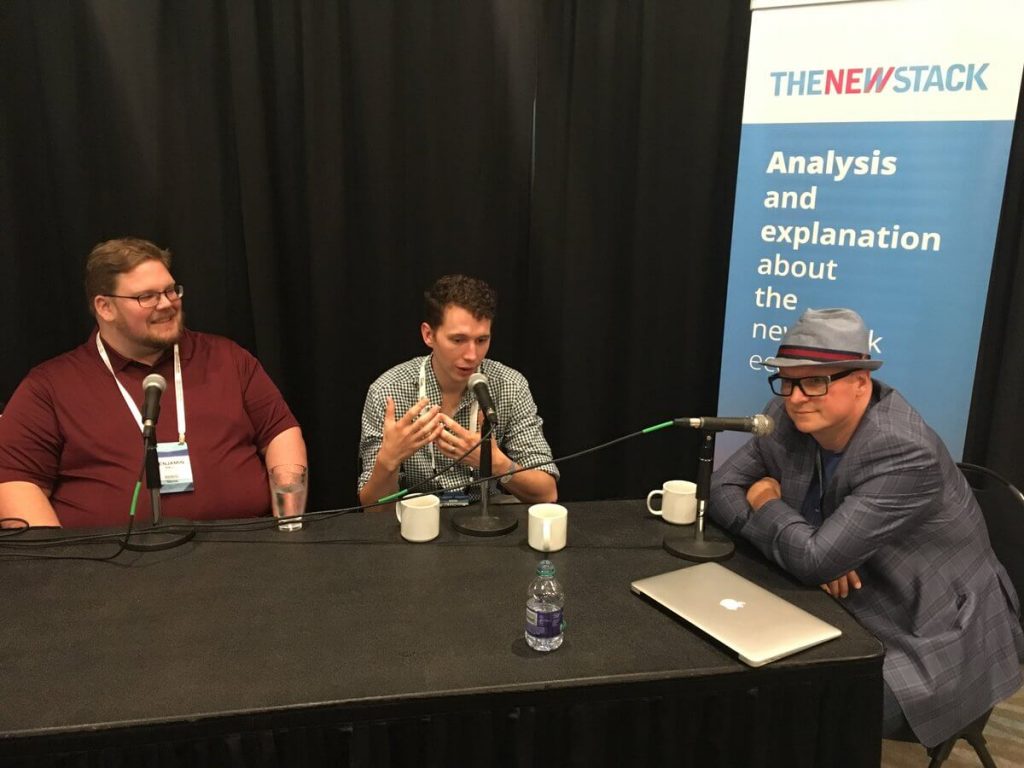 In this episode of The New Stack Makers podcast, we explore how CoreOS is improving the Kubernetes container orchestration tool, through the power of etcd, and the Prometheus monitoring tool.

How CoreOS is Building Confidence with Kubernetes in Production

A CoreOS open source technology, etcd saw a variety of improvements to the project over the last two months, with Philips highlighting involvement with the upstream community to help determine what Kubernetes needs to accomplish in order to scale efficiently in production. However, Philips also warned that etcd will soon hit diminishing returns on any future performance improvements to be made.

“The bottleneck now is improving Kubernetes databases to support those sizes and workloads of 10, 20, or 30,000 clusters. We needed to do some things to make that possible. One of which was to greatly reduce memory overhead,” Philips said. “We’ve also done work to ensure latency is really tight, even when a system is encountering network issues, we ensure the cluster is still making progress. We’re getting pretty close to diminishing returns on perfections and improvements on this style of database.”

As monitoring one’s system becomes a focal point of many DevOps teams today, microservice monitoring tools such as Prometheus has seen a marked increase in adoption. CoreOS has integrated Prometheus into its commercial Kubernetes distribution Tectonic.

As part of the company’s work to commercialize Kubernetes, CoreOS is partnering with the upstream community to create a series of guides and best practices surrounding monitoring Kubernetes at scale.

“There’s a combination of technology and the expectation of, ‘how do I run this in production?’” Philips said.

It is the shift toward making Kubernetes a production-ready system, “What we want to do is make it so that using the exact same APIs that make Kubernetes so powerful, you can then use those to manage Kubernetes itself. We’re not just making it a one-click experience. We’re allowing for events, rollback, and more. Once it engages with customers and the enterprise environment, you need something people can confidently operate,” Philips said.