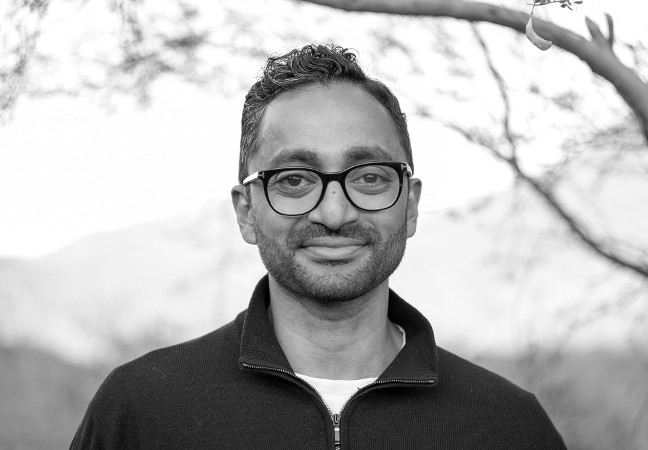 Bloomberg recently noted that companies seeking early-stage investments face “a stubbornly analog process” — a vague mix that includes the intuitions and gut instincts of venture capitalists. But a venture capital firm named Social Capital wants to change that — by taking humans out of the investment decision-making process almost entirely.

“From our collective time at Facebook, we’d grown accustomed to a sophisticated collection of product metrics,” wrote partner Jonathan Hsu, the company’s head of data science, in a February 2016 essay on Medium, “and we found ourselves wanting to use those same frameworks when evaluating startups.”

For established companies you’d review financial statements, so Social Capital developed a tool that attempts to deliver the equivalent for startups, using metrics like user growth, engagement, and the amount of money coming in from loyal customers, as well as user acquisition costs, the estimated lifetime value of a customer, and cash on hand. Company executives called it “the Magic 8-Ball” — and open sourced the code. “Beyond its usefulness in diligence, the 8-ball actually addresses a broader need in the startup ecosystem,” Hsu wrote — “namely, the lack of standardization in metrics and reporting,”

But that product evolved even further thanks to Ashley Carroll, a partner who Bloomberg describes as a “numbers-first” employee from SurveyMonkey who’d joined Social Capital and quickly teamed up with the VC firm’s data scientists. Carroll had previously worked at Amazon (plus “two unicorn-tier startups”), and she holds three degrees from Stanford. According to Bloomberg, Carroll had a concern about the Magic 8-Ball. “It was used as validation. One of us investors would get an intro, and then go have coffee, and then judge them ourselves, and then have another partner meet them, and then after all those steps do the Magic 8-Ball thing.”

So last spring she instead linked the Magic 8-Ball to an online form (powered by a Google bot and the IFTTT service) to create “this totally duct-taped-together product I was pretty ashamed of.” But she’d shared the link with a handful of investors, “asking them to share it with companies that might be interested in having their businesses evaluated by software rather than people. According to Bloomberg, “She was immediately deluged with applications.”

Carroll later officially introduced the service in October with a Medium post, calling it “something with the potential to disrupt the status-quo and accelerate our mission: capital-as-a-service, a new operating system for early-stage investing… built on the principles of data-based decisions and architected for global reach and scale.”

Capital-as-a-Service is our low-touch fundraising process that allows entrepreneurs anywhere in the world to apply for funding through software-driven quant diligence. If you’re currently fundraising and want access to our private beta, let us know here! https://t.co/IlX09TWYLL

Carroll says they’ve received an “overwhelming” amount of positive feedback, “with entrepreneurs appreciating the speed, ease, and transparency of the process,” and envisions expanding its use “to a scale where it can truly democratize access to capital.”

Completing the form results in an automated analysis that’s emailed to Carroll. (Although if funding is recommended, humans still complete tasks like legal vetting.) But only about half of the applicants actually complete the process without human intervention. “The rest of the time, companies will get in touch to argue that they don’t fit neatly into the provided categories or that their data is formatted incorrectly. Then personal attention is required.”

Either way, the data they’re ultimately collecting also gives them “actionable insights” into the companies they invest in, Carroll writes on Medium. And best of all, the tool helped them assess 5,000 different startups, and select 60 of them for investments. “In most cases the data-driven approach allowed us to reach conviction around an investment opportunity before we ever even spoke to the founders,” Carroll revealed on Medium.

By making it easier to evaluate startups, they’re able to do many more deals. And this makes it feasible to settle for smaller payoffs, which Bloomberg describes as “getting the firm around the need to bet only on companies that could be worth billions.” A large pool of investments also creates a good data set for fine-tuning the algorithm for later investments — hopefully, for higher amounts — so they’re now hoping to build a process that can scale. (Or, as Bloomberg puts it, “The firm plans to throw open the doors to anyone with a company and a few spreadsheets of operational data by the spring of 2019.”) While the company officially aims at 1,000 investments in 2018 and 10,000 in 2019, founder and CEO Chamath Palihapitiya admits that’s more of a motivating tool for the three-person team working on CaaS. “It forces them to build something that can be mission-grade,” he tells Bloomberg.

“If I said, ‘Fund 10 companies,’ they could manually jury-rig some system. When I say 10,000, you can’t.” Or, as he said in a Bloomberg TV interview this week, “Part of managing a really sophisticated technology team is to set audacious goals…”

“To be honest with you, it’s also not clear whether 10,000 investable opportunities a year exist. But just by mandating something like this, I think what it allows us to do is really ask the hard questions. How do we train our algorithms? How do we use data judiciously? How do we help businesses that may be very close to funding get over the line and be better? How do we actually become more democratic in teaching people how to be entrepreneurial…?

“So it’s forcing these conversations.”

There are some important statistics about the companies they ended up funding. About 30 percent of them are run by women, and 80 percent have nonwhite founders.

“They were companies that spanned 17 countries of the globe,” Palihapitiya says in the interview, “and many of the states in the U.S. that would never have received venture capital funding… What we find is actually what you’d think we’d find, which is: there are amazing people everywhere, and they’re trying their best to solve really important problems that improve the quality of life for the people around them. And when you take a need-blind approach and instead ask simple questions that have everything to do with the quality of the business versus the demographic makeup of the founder, you invariably find an amazing collection of people.”

He tells Bloomberg that diversity is a mere “a positive byproduct,” while noting in his TV interview that Social Capital is “dramatically” outperforming the S&P 500, and it is among the top companies in Silicon Valley. “To have done this in such a short amount of time, I think represents a commitment to this idea that really good, thoughtful hiring of people who are qualified — independent of race, gender, creed, etc. — just turns out to be the smartest business decision you can make. So why not do it?”

Carroll wrote on Medium that currently venture funding is allocated inefficiently, and “While this dynamic persists, we all lose: founders, employees, investors, and most of all the society that stands to benefit from novel solutions to the world’s hardest problems…”

Carroll argues that “the anatomy of traditional venture capital hasn’t changed in the past 30 years,” and pinpoints the inevitable result: “a high propensity for bias and a low propensity for scale. This is a classic example of a sector ripe for disruption.”

Others Following the Data

Bloomberg points out that many other investment firms now also claim to be performing data-based analyses — and some even pursue a similar strategy: “making lots of small investments without face-to-face meetings.” For example, San Francisco-based Right Side Capital Management LLC uses “a largely automated system” to review thousands of companies each year — and has issued about 2,000 small checks (up to $100,000). And a recent article in PitchBook cites other VC firms that are also using “data-driven strategies,” including EQT Ventures, Nauta Capital, e.ventures, Hone Capital, GV and Correlation Ventures.

But Social Capital made headlines again this week as one of the investors behind $8.6 million in new funding to Africa’s Talking, an API platform for developers building phone-based applications for Africa.

And despite the current state of Big Tech and its “land grab for data,” Palihapitiya still sees some wide-open territory — for example, in healthcare, financial regulation, and education. “So now it’s about figuring out how to start companies, quite honestly, who think about this as their core, primary reason to exist and collect data — and then use it in a really thoughtful and honorable way.” He tells Fast Company these last few multi-hundred billion dollar markets are still often perceived as too risky or the challenges too complicated. But not for him. “The gnarlier, the better. The more nuanced, the longer term, the more in the muck, the better.”

Or, as Fast Company puts it, Palihap­itiya “wants to fix capitalism, and more importantly, he believes that he can, because “It is inherently numerical, and as a result, it is inherently objective. It can be done objectively.”

“If Social Capital can get its investing formula right, Palihapitiya envisions a system in which companies can deliver nothing less than peace and prosperity for all.”

SHARE THIS STORY
RELATED STORIES
The Power and Ethical Dilemma of AI Image Generation Models Entrepreneurship for Engineers: Building for Customers’ Love It Happened to Me: How I Suddenly Owed AWS $13,000... Watch Out, Attackers Have Their Heads in Your Cloud! How Jit Builds a Platform Engineering Mindset in the Cloud
SHARE THIS STORY
RELATED STORIES
A Brief DevOps History: The Road to CI/CD Golden Paths Start with a Shift Left CES 2023: Robots, Astronauts, Schwarzenegger and Flying Cars SRE Housekeeping: Where to Get Started for New Hires Entrepreneurship for Engineers: Avoiding Feature Bloat
THE NEW STACK UPDATE A newsletter digest of the week’s most important stories & analyses.
The New stack does not sell your information or share it with unaffiliated third parties. By continuing, you agree to our Terms of Use and Privacy Policy.