Vodofone's Lloyd Woodroffe shares how the company is working with MongoDB on the development of a Telco as a Service (TaaS) platform
Jun 22nd, 2022 12:13pm by Celeste Malia 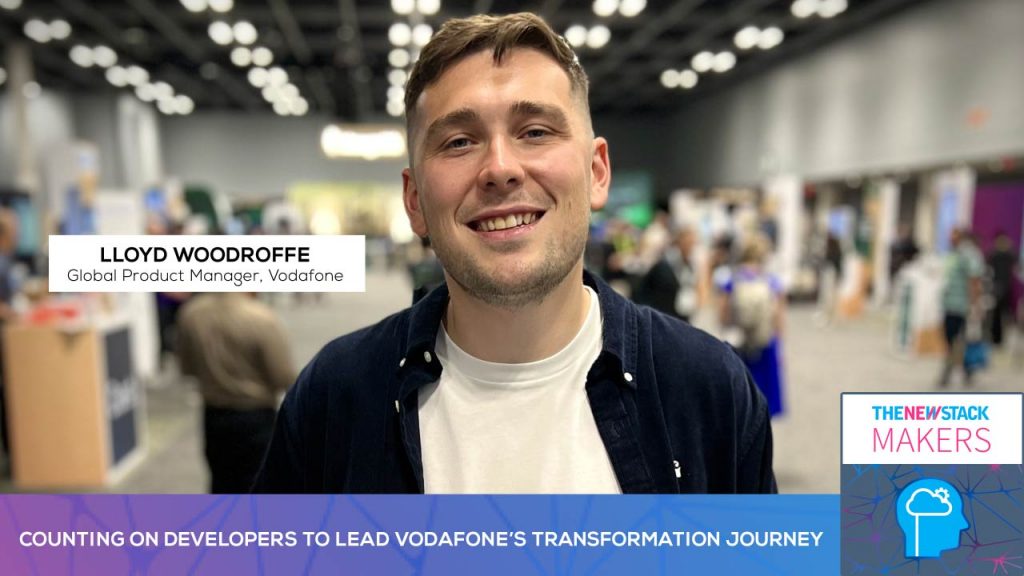 British telecommunications provider, Vodafone, which owns and operates networks in over 20 countries and is on a journey to become a tech company focused around digital services, has plans to hire thousands of software engineers and developers that can help put the company on the cloud-native track and utilize their network through API’s.

In this episode of The New Stack Makers podcast at MongoDB World 2022 in New York City, Lloyd Woodroffe, global product manager at Vodafone, shares how the company is working with MongoDB on the development of a Telecommunications-as-a-Service (TaaS) platform to help their engineers increase their software development velocity, and drive adoption of best-practice automation within DevSecOps pipelines. Alex Williams, Founder of The New Stack hosted this podcast.

Vodafone has built a backbone to keep the business resilient and scalable. But one thing they are looking to do now is innovate and give their developers the freedom and flexibility to develop creatively.

“The TaaS platform – which is the product we’re building – is essentially a developer first framework that allows developers and Vodafone to build things that you think could help the business grow. But because we’re an enterprise, we need security and financial assurance and TaaS is the framework that allows us to do it in a way that gives developers the tools they need but also the security we need,” said Woodroffe.

The idea of reuse as part of an inner sourcing model is key as Vodafone’s scales. The company’s key initiative ‘one source’ enables their developers to incorporate such a strategy, “We have a single repository across all our markets and teams where you can publish your code and other teams from other countries can take that code, reuse it, and implement it into their applications,” said Woodroffe. “In terms of outsourcing to the community, our engineers want to start productizing APIs and build new, innovative applications which we’ll see in a bit,” he added.

“The TaaS developer platform that we’re building with MongoDB acts as our service registry for the platform. When you provision the tools for the developer, we register the organizations, the cost center and guardrails that we’ve set up from a security and finance perspective,” said Woodroffe. “Then we provision MongoDB for the developers to use as their database of choice.”

“What we’ll see ultimately, as the developer has access to these tools [TaaS] and products more, is they’ll be able to build new innovations that can be utilized through our network via API’s,” Woodroffe said.