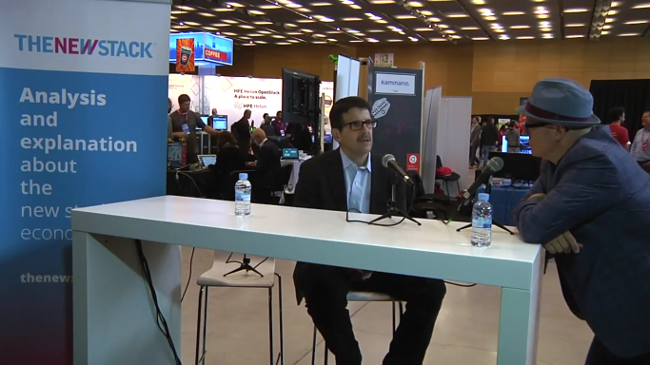 On today’s episode of The New Stack Makers, HPE Vice President of Cloud Services Tom Norton sat down with TNS founder Alex Williams during OpenStack Summit Barcelona to discuss how HPE is helping its customers make the most of not only the HPE Helion platform’s offerings but OpenStack technologies as well.

“There’s a progression into containers and microservices now. Docker as a container on top of another platform is where we see it most often. If you wanted to, instead of building a VM, what we see now is people packaging applications in a container, then adding that container to a container registry so they can use it in various different environments,” said Norton.

“If you start thinking about IoT and edge computing, containers are creating a big differentiator there. You can process workloads and data without having to move it back to the data center,” Norton said, adding that, “”If you can build a mobile application which can take advantage of microservices, you can change how you build insurance policies, value mortgages, and can do so in a faster way.”

“What customers need help on is bringing their workloads to OpenStack, and blending their microservices and containers with OpenStack,” Norton said. “We will come in and work on integrated elements, introduce more complex approaches. We ease into local partners so they supply infrastructure as a service, and then we extend what they can do to a regional or even a global team,” said Norton.