Crypto and NFTs Dominate the Headlines, but Smart Money Bets on Web3

Web3 is the decentralized circulatory system of the new Internet.
Sep 2nd, 2022 10:00am by Brian Platz 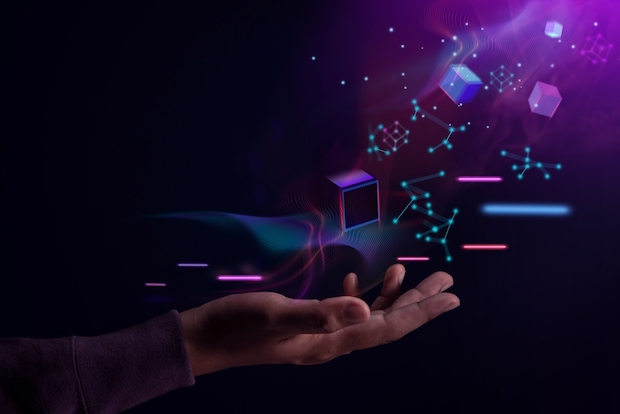 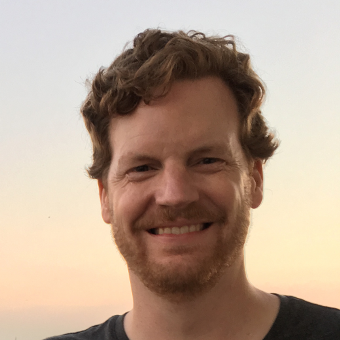 Brian Platz
Brian is the co-founder and co-CEO of Fluree, PBC, a North Carolina-based public benefit corporation focused on transforming data security, ownership, and access with a scalable blockchain database. He was an entrepreneur and executive throughout the early internet days and SaaS boom, having founded the popular A List Apart web development community, along with a host of successful SaaS companies. Previous to establishing Fluree, Brian co-founded SilkRoad Technology, which grew to over 2,000 customers and 500 employees in 12 global offices.

Chatter abounds today that the promise of Web3 has failed, is failing or ultimately will fail.

Detractors point to events such as Crypto Monday, as CNBC’s Jim Cramer dubbed June 13, when the world’s two largest cryptocurrencies, bitcoin and ether plunged in value. Others identify nonfungible tokens (NFTs) as mere fads, which fall short of their promise to secure ownership of unique digital assets.

Web3 is following the same arc as the internet’s previous iterations: massive capital investment combined with bold attempts to address intricate technical challenges. As in the internet’s two prior incarnations, early Web3 companies and products are predictably stumbling due to usability and security issues that illustrate just how new and immature this frontier really is.

These phenomena are expected with Web3 still in its nascent stage.

People forget the technological challenges that beset today’s internet in its infancy. Modems in the late 1990s and early 2000s linked to personal and business phone lines caused connection delays that sometimes surpassed a full minute. Latency spanned many seconds while waiting for a search to return results and when navigating to a new webpage.

The concept of a hyperlinked URL or a pop-up thumbnail image that could be shared on social media existed only in the minds of technologists. Today, billions of people the world over use both internet features daily.

Web3’s current limitations are real. It will take time for the underlying infrastructure to mature. Twenty years from now, contemporary debates surrounding Web3’s technical viability will be a distant memory. A decentralized internet, democratic access to information, self-sovereign identity combined with trust and interoperability will be commonplace.

This is not to say that any and all things should be decentralized. Absolutely not. A hospital’s database, say, should and would remain centralized. Best practices necessitate that many datasets be maintained by a central authority to protect national security, individual privacy and public safety. A mature Web3 world will support a seamless hybrid environment of decentralized and centralized data. It should be and will be both.

Web3: The Decentralized Circulatory System of the New Internet

One way to conceive of today’s internet is to think of all apps as individuals, data as those people’s blood and a database as the heart. That database, that heart, is the critical component, the foundation upon which trust is built. With Web3, we’re not building a heart. Instead, we’re building a network of capillaries, veins and arteries in the form of decentralized databases to share blood. At this embryonic stage, we are still working toward achieving the technological sophistication of a system of decentralized databases.

Web3 dispenses with the many free tech platforms internet users now use to maneuver around the internet. People evolve from being customers and simple users to active participants and shareholders in the internet’s protocol governance and operations. That’s possible due to blockchains, or decentralized networks. A computer network’s nodes enable the sharing of a distributed database that composes a blockchain. Cryptography links data blocks that make up a blockchain. No one entity, be it an individual or company, controls the data. The collective does. And, once data becomes a part of the blockchain, it is permanent, viewable by all.

Today, third-party apps are brokers of a significant amount of data — operating as a liaison between companies and individuals. Eventually, however, today’s internet paradigm will flip. Web3 will put data and the ability to grant access to data into the hands of the individuals who own that data. This will eliminate the need for third parties to control and broker this data and give individuals autonomy over their personal information.

Companies such as California-headquartered Fabric, a consumer data marketplace, remove the “middleman” from the exchange of advertising data that exists in today’s internet. These types of businesses eliminate current primary players in advertising including Google and Facebook. Consumers choose what data they want to share to advertisers. They control that data.

At a more basic level, Web3 will supply individuals the power to disclose the pertinent data relevant to a given situation. A person seeking to obtain medication at the pharmacy will be able to prove through verified credentials that he or she is the individual for whom the doctor wrote the prescription without revealing data that is irrelevant to the interaction, such as a Social Security number. Advancements in technology also will eliminate the need for usernames and passwords to prove a person is a company employee to access the organization’s network or everyday software applications like one’s Netflix account.

This new world will revamp swathes of interactions. For example, verifiable credentials open up new pathways in education. Students may gain requisite skills in a provable way through specific training programs, providing an alternative path to securing credentials needed for a job outside of a four-year higher-education institution. Those who do graduate with degrees will possess digital, verified transcripts they can share when required — erasing the cost and time of requesting them through one’s alma mater. Job candidates and employers alike will benefit from provable ways to match skills with competencies required for a given position. People will control their own health records, having the ability to carry those records digitally.

Societal challenges may be overcome as well. Voting results, for instance, will be available instantly, simultaneously making election fraud impossible due to cryptography. Voter metadata will have to be maintained to ensure that deceased voter names are removed from voter rolls. Whether people believe election results is a different story, but ensuring tamper-proof results is achievable. The technology is already here.

Beyond the technical know-how, the populace and the business community will need to see and understand the benefits a Web3 world would offer to secure capital investments to turn this developing Web3 framework infrastructure into a ubiquitous reality. Once the value proposition becomes obvious, Web3 will take off.

Brian Platz, Co-CEO and Co-Founder of Fluree, a blockchain-based graph database platform.
Read more from Brian Platz
SHARE THIS STORY
RELATED STORIES
Taking Data Curation to a New Level Presto for Big Data SQL: Challenges, Considerations, Cloud Solutions When ‘Cron Jobs’ Won't Work in Your Favor How to Use Time-Stamped Data to Reduce Network Downtime  Why a DataOps Team Needs a Database Reliability Engineer
SHARE THIS STORY
RELATED STORIES
Data in 2023: Rethink the Modern Data Stack Processing Large Data Sets in Fine-Grained Parallel Streams with SQL Why a DataOps Team Needs a Database Reliability Engineer Why You Need a Centralized Approach to Monitoring  2022: The Year AI Came to Coding
THE NEW STACK UPDATE A newsletter digest of the week’s most important stories & analyses.
The New stack does not sell your information or share it with unaffiliated third parties. By continuing, you agree to our Terms of Use and Privacy Policy.