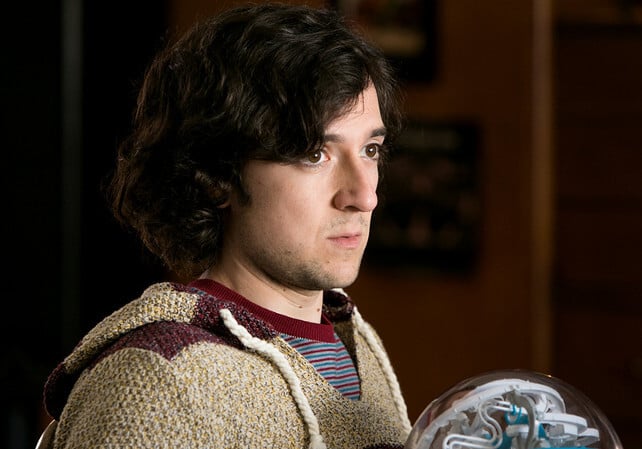 Feature Image: Big Head of the HBO series “Silicon Valley,” known for his “rest and vest” job at fictional IT company Hooli.

Programmers around the web have been savoring the incredible story of a young coder, fresh out of college, who automated his own job for six years — and then played video games at work.

Every work day. For six years…

Various reports around the web calculate that his company paid him $95,000 a year, on average — or about $570,000 total — to sit around in their office playing video games ever since 2010. Ironically, on the day he was fired, they still gave him three months severance pay.

Perl creator Larry Wall once named laziness as one of the essential virtues of a good programmer. With this story, if true, one has to wonder if this person was a serious slacker, a genius, or both. It also could be read as a harbinger of the day when robots will take all of our jobs, or proof of the awesome powers of automation, or at least a feel-good inspirational for those worrying (or rather not worrying enough) about too much slacking off at work (“Think I goof off too much? This guy skirted work for six years!!!”).

“It was definitely a hell of a ride,” the 28-year-old reminisced on Reddit — the day after he was finally fired — looking back on how it had all began. He’d figured that his employer would fire him within a few weeks — but he was wrong. “It turned out to be six fucking years of nothing but drinking alcohol, League of Legends, some Counter Strike, and hitting the gym.”

Yes, hitting the gym — during work hours. Every day, on the company dime. In another comment, the young programmer says he’s now able to deadlift, bench press, and back squat press a combined 1,000 pounds — “literally my only accomplishment” — saying he’s put on some muscle and now “actually don’t look too bad.”

But now he’s 28 years old, unemployed, and worst of all, he’s actually forgotten how to write computer code in the six years since college! He even spent some of that time keeping up on chemistry instead, watching YouTube videos about chemistry and reading chemistry books. But he was discouraged by the cost of a second degree and worried that his bad GPA would keep him from getting into a graduate program. “I’m thinking the only thing I can do is stay in software, which I honestly don’t mind,” he wrote.

“I just need to relearn everything…” 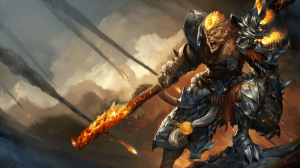 The day after his firing, he drank a lot, then decided to share his story on a Reddit forum for questions about computer science careers. From a throwaway account named FiletOFish1066, he shared his bracingly honest tale about what happens when a young CS graduate hits the real world — and maybe an implicit critique of the technology world today.

FiletOFish1066 wrote that he’d earned his CS degree “from one of the shittiest California State University campuses. It was seriously a piece of garbage back then and apparently it is way worse now. I spent most of my time playing soccer with some friends and drinking and didn’t take school seriously. Graduated with a 2.3 GPA and moved back in with my parents.”

Later he explains that he never got higher than C in any programming course, and that was the first “introduction to programming” course. “The only reason I have above a 2.0 GPA is because I got mostly As in my film studies minor.”

But somehow he got himself hired by a San Francisco Bay Area startup that went on to become “incredibly well known,” doing quality assurance and coding on testing software. “After around eight months I had basically automated my own job by writing some programs to do it all for me. After that, I would mostly just browse forums and do absolutely jack shit at work. My boss never really checked in on me and as long as the needed tests were taken care of he didn’t give a fuck.

“I am not joking. For 40 hours each week I go to work, play ‘League of Legends’ in my office, browse Reddit and do whatever I feel like. In the past six years, I have maybe done 50 hours of real work. So basically nothing. And nobody really cared.”

In the end, by firing him the company may have left themselves unable to update his automated testing software. “The interesting thing is that they do not have the source code to my automation programs,” FiletOFish1066 noted. “Some of them were quite intricate and I made them all myself. They just have the executables.”

But it was his story that grew into something bigger, drawing 836 upvotes and over 354 comments just on Reddit, and getting republished on some of the other top tech sites around the internet. In fact, the most interesting part of has saga may have been reading the reactions from other programmers. “Yup I lived like that,” another software engineer posted on Reddit. “Easy to do in government contracting world on some support contract.”

And others readers on Reddit just offered their congratulations.

“Write a book about your experience and sell it”

“Nobody’s asking the important question here: after 6 years of basically just playing League, what rank have you achieved?”

The answer was ‘Diamond V’… although on Hacker News, someone suggested one more equally important question. “Does he play, or does he just write bots to play for him?”

It was one of several discussions online that used the story as a starting point to dig into the ethics of the situation. One wise commenter pointed out, “They fired the only guy who automated all his tasks, and did it so well nobody noticed for six years. They are idiots. They should have assigned him to automate the hell out of everybody else’s tasks and gain tons of additional work hours for free.”

But instead, FiletOFish1066 disappeared from the workplace — and also from the internet. His story — and the account — have since been deleted, but you can still read a cached copy at Archive.org. And before he left, he posted a promise that he might come back to the Reddit forum in a few months to share a new update — “when I have my life together.” He thanked everyone for their helpful replies, adding “I’m about to go to sleep and tomorrow I’ll wake up and start fresh…”

So what happens next? First, the young programmer says he’ll move out of his parent’s house and then get his own apartment. During his six years of living at home, he banked $200,000, so he’s actually saved up enough money to buy his own house. Then he’ll read “Cracking the Coding Interview,” plus a book about data structures and algorithms, and then apply for some jobs. “I think once I study everything I forgot, my motivation will come back,” FiletOFish1066 wrote in his final post.

“I always liked software dev, I just was a lazy ass.”