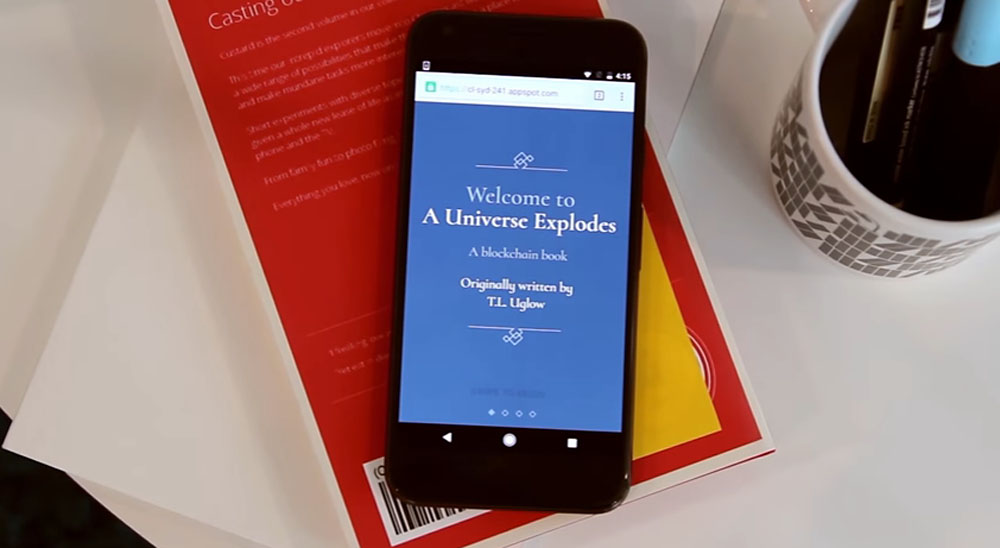 The way we read and publish books has changed dramatically during recent years. The rise of electronic books and electronic readers and tablets has meant that increasing numbers of people are ditching paper books in favor of the convenience that these lightweight devices have to offer. Even the publishing industry has changed: ebooks have become one avenue for enterprising authors to self-publish their works, without the need to hand over control (or the profits) of their creative works over to a traditional publisher.

Yet, there may still be more revolutionary changes to come. Google and London-based interactive publisher Editions At Play are adapting the concept of the blockchain to ebooks, publishing an experimental digital novel that owners can edit, dedicate and pass along to friends and family. Titled “A Universe Explodes,” it’s written by Google Creative Lab Sydney creative director Tea Uglow, engineered by design agency Impossible, and explores new models of distributing and owning digital products. Watch them explain it in this short video:

The interesting twist here is how the blockchain is used here to create a new way to distribute books. Blockchains are essentially distributed databases that keep continuous track of records, or “blocks,” each containing a timestamp and a link to the previously recorded block. Likened to an open “digital ledger” of sorts, the technology is designed to be tamper-resistant, as any changes are recorded and validated across the blockchain’s decentralized and distributed network of data and its users, and cannot be altered retroactively.

So it makes sense that blockchain technology is used to authenticate transactions in cryptocurrencies like Bitcoin, securing academic certificates, or to help create smart contracts of all kinds. Businesses are also exploring commercial applications of this distributed form of technology, but the blockchain can also be translated into other fields, such as ensuring that images are properly attributed online, or used to underpin an art registry that would allow artists to have an equity stake in the future sales of their artworks.

In the case of “A Universe Explodes,” the conventional paradigm of e-book ownership is turned on its head. While there are only 100 “own-able” copies of the short novel available, it can be read by anyone with access to a web browser. Each of the owned copies can be passed onto a friend, then onto another friend, up to 100 times. Yet another intriguing feature is the requirement that for a person to “own” a copy, they must erase two words on each of the novel’s 20 pages, and add one word. Once an owner finishes the book, they must write a dedication to someone and pass the copy on. The end result will be a collection of “limited editions” — each of which can be read by anyone, thanks to the blockchain. 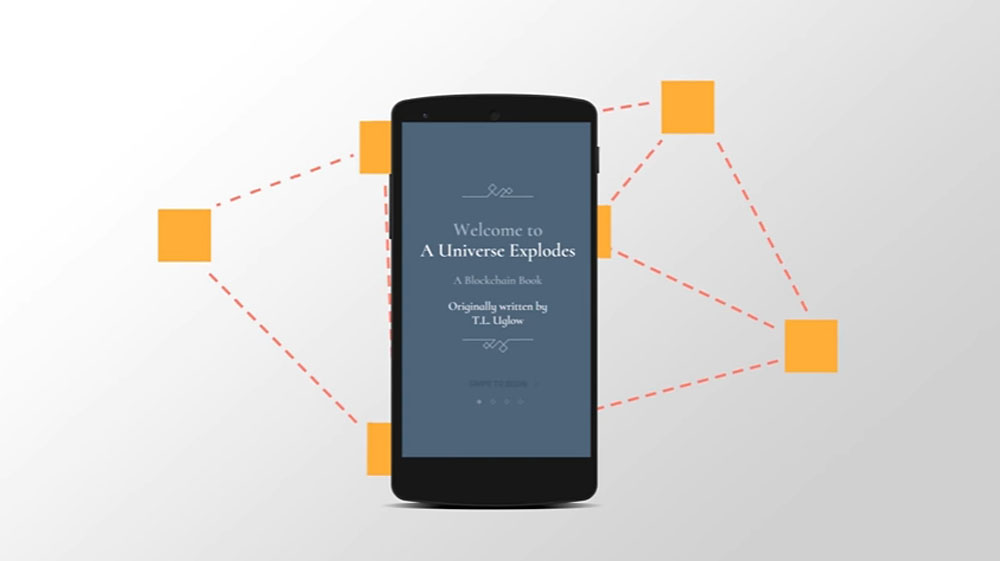 “Each book is unique, with personal dedications, and an accumulation of owners, (not to mention a decreasing number of words) as it is passed on,” explained Uglow in a post on Medium. “So it is both a book and a cumulative expression of the erosion of the self and of being rewritten and misunderstood. That is echoed in the narrative: the story is fluid, the transition confusing, the purpose unclear. The book gradually falls apart in more ways than one. It is also kinda geeky.”

Uglow calls these contributions to the book’s history of digital footprints “cultureblocks.” These changeable and shareable blocks of culture are meant to emphasize the subtle differences between actually owning something digital — and thus, being able to transform it at will — versus having a license to access to it, which is what happens when we are using on-demand streaming services to watch movies or listen to music.

The point was to see if this model of digital ownership would give people a different experience, interacting with a new kind of literature that isn’t just read, but is also ever-evolving and dependent upon dissemination for its continued survival, albeit in a slightly different form every time it’s altered and passed on, until at last, the book will consist of one word per page in its final form. 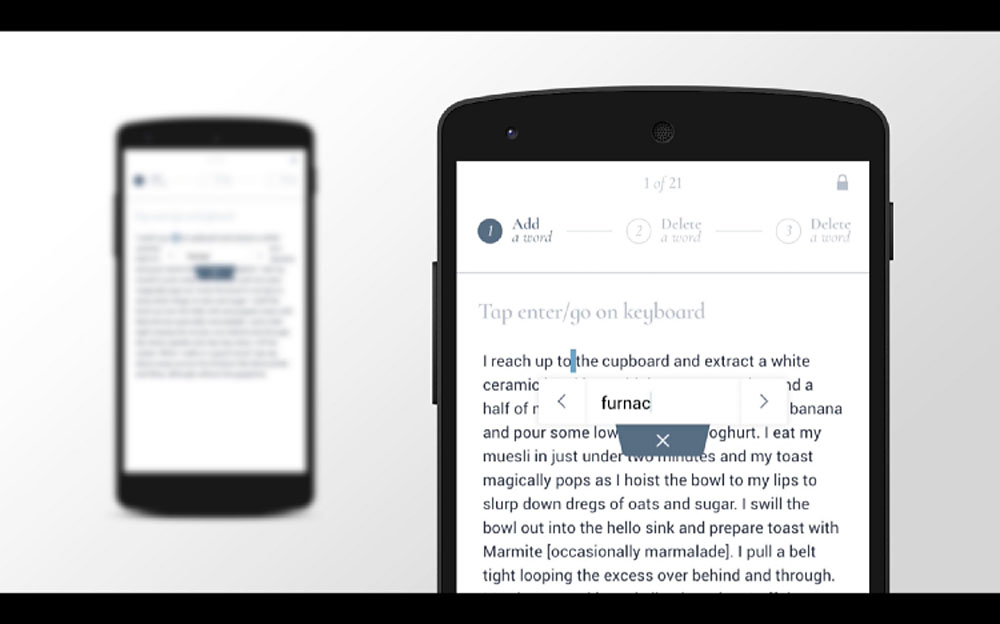 “We wanted to share and explore the idea that ownership of digital can be distinct from a stream or a license to access, and equally that technology is something that can inspire writers to push the potential of the form as well as their word-count,” said Uglow.

The project posits an intriguing future possibility for books in an increasingly interactive world: might literature become a kind of collective endeavor that’s reinterpreted each time it’s digested? What will ownership of tomorrow’s digital artifacts look and feel like? And will cultureblocks — that evolutionary chain of metadata about how cultural exchanges happen — tell us about the world in which the book exists, more than what’s written in the book itself? While this experimental book probably won’t change our love for books, it may very well transform the way we enjoy, understand and share them.

What is infrastructure monitoring and why is it mission-critical in the new normal?
September 17, 2021