Cyborg Piercing Could Give Humans an Innate Sense of North 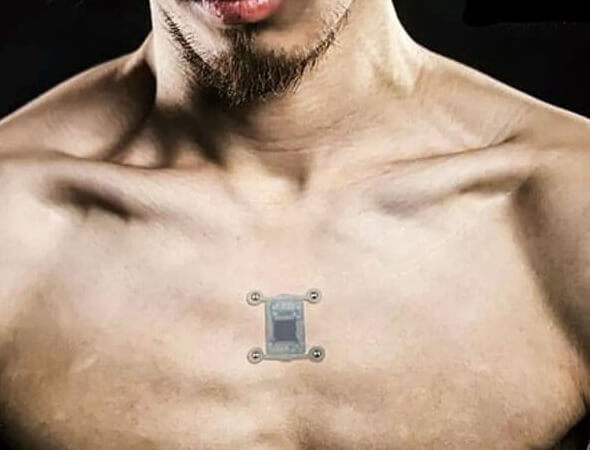 Human augmentation, or the use of technology to enhance human abilities, is a subject that’s been well-explored by science fiction over the decades. While there are vocal advocates in both camps for and against such unprecedented techniques that could eliminate disabilities, there’s also the unnerving possibility that these technologies could also create a new breed of superhumans that would potentially impact our society in unimaginable ways. It’s apparent that science and technology are steering in that direction, whether we like it or not.

For those who believe in the transhumanist gospel, there’s already a variety of commercially available implants out there, ones which are embedded under the skin, directly transmitting data about temperature or detecting Wi-Fi signals. But for those who are unsure about taking the plunge, Cyborg Nest is now offering a north-sensing compass implant that uses piercings to attach itself to the body, rather than being embedded under the skin.

The company is probably uniquely positioned to offer such enhancements. Among its team are pioneers in the field like “cyborg artist” Neil Harbisson, one of the first people in the world to implant a so-called “eyeborg” antenna in his skull that helped him to overcome his color-blindness by allowing him to feel the different vibrations of color literally. Another is cyborg activist and artist Moon Ribas, who can detect the vibrations of earthquakes all over the world, thanks to a seismic sensor implanted in her elbow that is also wirelessly hooked up to online seismographic data.

North Sense is the Cyborg Nest’s first product, designed to vibrate whenever the wearer faces magnetic north. The company says that because it is made to be anchored on the skin permanently via surface-to-surface barbell piercings, North Sense is less of a temporary wearable. It is more of an ever-present “artificial sense” that can aid the user in the development of a kind of “sixth sense” of global orientation — similar to intuitive senses that animals or even our ancient human ancestors might have cultivated during a lifetime spent out of doors.

“We believe that if we could sense something that animals can sense, we can understand more about this world,” Cyborg Nest CEO Liviu Babitz told Motherboard. “Understanding will lead us to also respect more, create more and make the next positive steps in the future of our evolution. By constantly sensing the magnetic north, it gives us a whole new perception of our continuous orientation with earth and nature, which is another major pillar to connect us even more to our planet and the forces that drive it.” 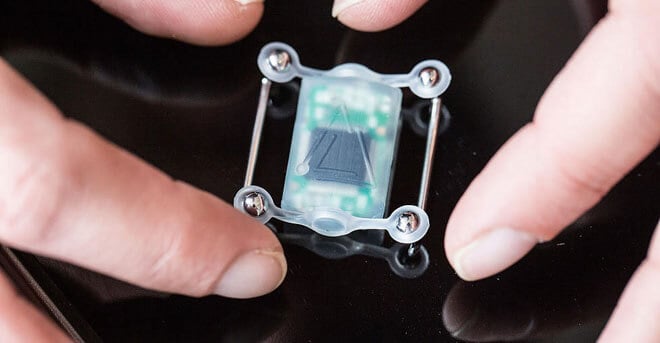 The gadget itself is no larger than 2.5 centimeters on each side and is coated with waterproof, medical-grade silicone that has met all the safety requirements for this kind of continuous use. The company recommends getting the piercings done by a professional body piercer with experience in surface to surface piercings, letting the piercings heal, and then finally installing North Sense. The base of the device that is in nearest contact with the skin has been designed to allow for an ample flow of air to avoid any irritation of the skin, while the electronics themselves have been developed with Nistec, an Israeli company that specializes in electronic manufacturing and design.

The device can be connected and customized via a smartphone app, and will be capable be going to ‘sleep’ when it detects you are laying down in a horizontal position. It will also be equipped with a rechargeable battery, though the company doesn’t have details on it yet in the lead-up to North Sense’s planned launch in September of this year.

Beyond North Sense, Cyborg Nest intends to market other similar “artificial senses” in the future. The company seems to be sensitive to the ethical controversies surrounding such enhancements, as it’s quick to point out that these artificial augmentations won’t bring on a physical change — they catalyze a “mind change” that will harmonize the capabilities of these new artificial senses with our existing consciousness to become a part of it, as the brain gradually learns to adapt to and use the new kinds of information that’s being received.

For the most part, the decision to make North Sense more of a piercing that can be installed with the help of any professional body piercer is a brilliant one. It makes the device seem less invasive and more of a fashion statement, and the choice to adopt such technologies more accessible to a wider number of people. In any case, for all the novelty and hype, whether or not people will jump on the augmentation bandwagon en masse remains to be seen. For more information, visit Cyborg Nest.

SHARE THIS STORY
RELATED STORIES
How Will Working in Tech Change in 2023? Platform Engineering Won’t Kill the DevOps Star Snack Stack: Turning Winter Comfort Food up to 11 The Power and Ethical Dilemma of AI Image Generation Models How Jit Builds a Platform Engineering Mindset in the Cloud
SHARE THIS STORY
RELATED STORIES
Platform Engineering Won’t Kill the DevOps Star Java's James Gosling on Fame, Freedom, Failure Modes and Fun Golden Paths Start with a Shift Left Watch Out, Attackers Have Their Heads in Your Cloud! 2022 in Review: AI, IT Armies, and Poems about Food
THE NEW STACK UPDATE A newsletter digest of the week’s most important stories & analyses.
The New stack does not sell your information or share it with unaffiliated third parties. By continuing, you agree to our Terms of Use and Privacy Policy.