Daniel Hekman of Grape Up Discusses Governments and Cloud Foundry 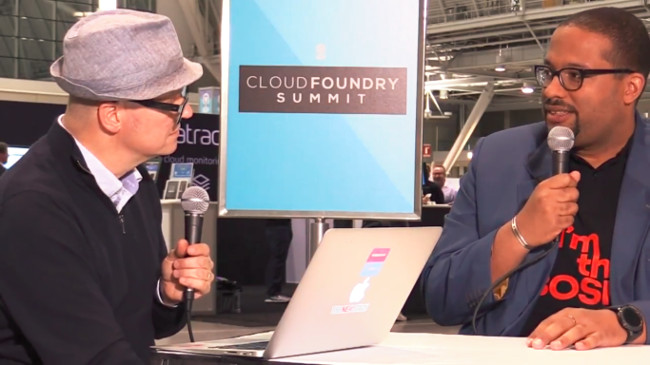 Daniel Hekman Of Grape Up Discusses Governments And Cloud Foundry

Daniel Hekman is head of business development at cloud-native software development company Grape Up, and while he was in Boston for the recent Cloud Foundry Summit, he’s usually to be found in Krakow, Poland. With a bi-continental view of software development challenges, Hekman has unique insight into how businesses can accelerate their IT velocity.

“If [businesses] want to differentiate themselves, they need to have something in the market very fast. In the past when they had an idea and it took them nine months to come to the market — which up until recently was still fast–it’s too late. They need to be able to go from idea to production in a few weeks. And it is, I would say nowadays, not doable without concepts like microservices and containers that allow you to move at that speed,” said Hekman.

The Cloud Foundry Summit also focused on the usage of PaaS and DevOps in governments. “The challenge for the government is creating a feedback fabric regarding their services… Once they solve that feedback loop I think it will be beneficial for our society as a whole,” said Hekman.

Along the way, Hekman has worked with a number of organizations and recently completed working with a government agency in the Middle East. “This agency was responsible for a lot of the public information regarding if you want to have a permit for building a house… And the Middle East being an area that grows rapidly and has a lot of economic development, and a lot of expats moving in, and a lot of capital flowing in, there is, of course, a lot more demand in those services that are necessary to set up your business or run your business, or to set up a house. They needed to move much faster,” said Hekman.

“For them, after some research, they came to the conclusion that having an underlying fabric like Cloud Foundry would be a very good choice to let them move faster, but to be able to leverage that they would need to re-architect some of their old .Net applications into microservices. We helped them architect that new solution … Having that portal that allows people to submit for a permit, for example, and having feedback on that within a few days, for example, instead of before within a few weeks,” said Hekman.

As a technology solutions provider is also a consumer of software development and IT infrastructure tools and services. As such, Hekman was able to share some of his thoughts on which tools and systems are helping his business meet its goals. “We have an agnostic approach to technology, and there are so many tools out there to choose from … Concourse is an awesome tool to use. We try and use best in practices tools that are available in the market. It also forces us to learn because sometimes we’ll enter into an IT environment of a customer where there are tools we did not touch before. But we try and see, if the customer wants to keep using that, how that bundles in with the whole stack. So, every time we enter into a new project we also learn, and that knowledge compounds,” said Hekman.

2:20: Are enterprises really accelerating their software development velocity?
5:00: Is IT innovation in the business sector matched by the IT innovation in governments?
9:45: What obstacles were in the way of this government agency’s migration to microservices?
13:15: How do you help companies embrace DevOps?
15:00: How has the concept of cloud native technologies changed your own business?
21:12: Is the direction for the digital transformation coming from the top down?