The Dark Side of Life in a Silicon Valley ‘Hacker House’ 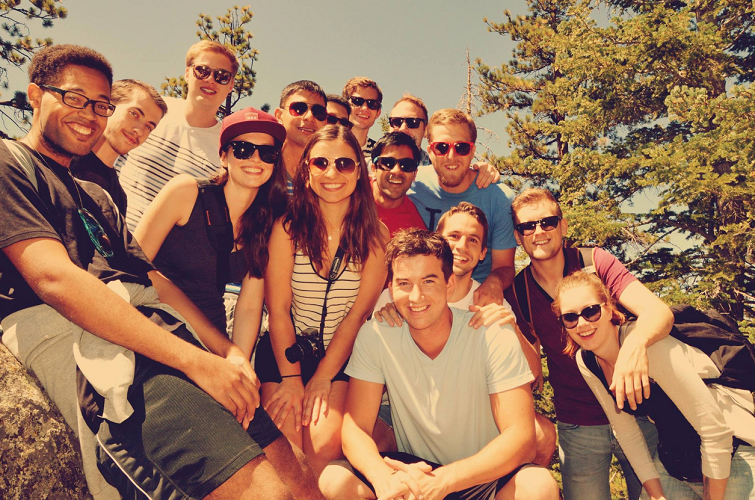 When people talk about the tech culture of Silicon Valley, there’s one topic they always sidestep: rent. Last week, a new perspective appeared in the Guardian from young entrepreneur Andrew Frawley, describing the memories of his year in an infamous “hacker house.” It’s a poignant reminder that if your next new-hire comes from the Bay Area, their life story includes a fight for survival in one of the toughest real estate markets in the world.

It’s a story that’s backed up by anecdotes — and by statistics.

This week the San Jose Mercury News reported that a $1.6-million house in Sunnyvale sold for almost $800,000 over its listing price, bringing in $2,470,000. And 50 more South Bay homes sold for at least $200,000 over their listing price. Up in San Francisco, the median rent for a two-bedroom apartment is $4,000, and one financial columnist argues that the entire state is now being gentrified (since in all of California the median rent for a two-bedroom is $2,400).

So how do you navigate that if you’re just starting your career?

Business Insider notes some new graduates spend up to 79 percent of their salary on rent, and that some millennials “have even gone so far as to live in boats, tiny homes, or even inside homemade wooden crates.” But for geeks, there’s another option. “Millennial tech workers are paying an exorbitant amount to live in cramped, dorm-like conditions in San Francisco.”

The 6’4″ twenty-something Frawley wrote last week that “For the past 12 months of my life, I paid the bargain price of $1,250 per month to sleep diagonally in a bunk bed in a 10ft x 10ft room that I shared with a 32-year old man.”

His story evokes all the challenges faced by young tech workers today. After graduating from college in 2016, Frawley had driven across the country to San Francisco “in pursuit of the tech dream.” Without a job, he searched diligently for cheap lodging and soon discovered a listing from a hacker house called The Negev. “Rent was steep for a shared bedroom, but I would get to live in the heart of downtown with some crazy smart engineers.”

He’d arrived with his mother, who asked if they had the wrong address. They were both stunned by the Sixth Street neighborhood, which was “littered with trash, glass, and disposed needles, and it reeked of urine.”

In the year ahead, he’d dial 911 four times to report unconscious people lying in the street, and “was attacked by people twice, and I have one leg scar from when a pit bull attacked me… My bedroom window faced an alley, and it was not uncommon to fall asleep to the monotonous sounds of crying and the screaming hysteria of someone on the street who was losing grip on reality, be it from drugs or isolation.”

The hacker house presented a harsh reality even at first glance. “That night, while making my first dinner in the house, I opened a cabinet door of spices and just caught the glimpse of a sparkling cockroach skittering away. A sense of worry ran over me.” He found a two-year-old discussion on Facebook about cockroaches — and posted a picture proving it was still an issue.

The cramped building included five other unemployed 20-somethings, and together they “built a daily ritual of job-hunting together at the kitchen table until sunset.” The house was defined by hustle, but even that wasn’t always enough — and one long-time resident urged the reporter to make that clear in his article, saying “No one tells the story of the majority of people who do everything right, work their ass off and still end up leaving the city in six months, broke, with crushed dreams.”

Frawley agrees. “During all months of the year, there were always three or four people treading water and hardly breathing. Not everyone makes it. In the house, we saw startups die. Companies go under and talented workers are thrown into hell-storms of survival. Good men and women tear through savings and end up eating stale leftover food in the community fridge.”

And what about the buzz of techies? The article notes that when Salesforce hosted a hackathon with over a thousand participants, two of the six finalists who lived in Negev house had won $85,000. That moment was woven into the house’s lore. “When I moved into the house two years after, one of the two winning checks still sat above the cabinets and was tactfully used to impress potential new tenants.”

One of the founders of the Ethereum cryptocurrency, Vitalik Buterin, also visited the house frequently in 2014. “Early Negev residents were the types of people who were receiving entire salaries in bitcoin back when it was trading at $200 or were busy in the early stages of a new-age tech startup, some of which are now funded in the tens of millions,” Frawley remembers.

When he arrived, four startups were already running in The Negev’s basement. One of the building’s residents was even working two full-time jobs — and neither employer knew it.

But the hacker house is just part of a larger story, according to Sarah Sherburn-Zimmer, executive director of the Housing Rights Committee of San Francisco, who complained to Reuters that the facility “takes affordable housing and makes it unaffordable. All they’ve done is take away housing from people who had it and loved it and pushed them out to make a quick buck.”

According to the San Francisco Chronicle, the 20-something real estate developers behind The Negev began their career by subletting a building that belonged to a nonprofit affordable housing group — then advertising its rooms on Airbnb and Craigslist. When the nonprofit asked him to stop, the 20-somethings just bought two more residential hotels to turn into hacker houses in the city’s south of Market district — just three blocks from Moscone Center, where tech conferences are held.

The SF Examiner reports that one of the buildings had once been “a former mission that housed and fed the homeless.”

The Negev’s owners have been buying up more properties to convert into hacker houses in Oakland and Austin, Texas — making them prominent symbols of the way tech is literally evicting low-income residents. One 65-year-old man in Oakland told a local PBS station, “They actually would approach you with a stack of cash, with a wad of cash, in their hand and the contract in the other one.”

So complaints about the building itself are just part of the problem. Back in 2014 residents actually notified the city’s housing inspectors about faulty electrical wiring, a broken fire alarm, a faulty fire escape, faulty smoke detectors, and a lack of fire extinguishers — plus a consistent odor of gas from a broken water heater. In June of 2016, a residential hotel the Negev group was managing caught on fire.

Early on the San Francisco Examiner talked to one resident — a coding boot camp participant who also landed an internship at the payroll company ZenPayroll — who complained that “In the beginning, The Negev was an awesome idea because housing is too expensive and you really meet new friends,” he said.

“But towards the end, it seemed more like just a way to make money.”

One software engineer who’d lived there for three years shared his own memory of 2014 with Frawley. “When we first moved in, there were piles of mattresses for people to pick up and there were not enough for everyone…”

Frawley writes that at least when he moved into the Negev, “The house was no longer under construction, I actually had a mattress, hot water was flowing and the living room sported a mural and ping pong table.”

Although “Ping-pong table or not, the rooms are small, and the showers microscopic.”

There’s at least one silver lining. Last March an Oracle software engineer told Reuters he’d soon be moving out and into a bigger place — though while staying at the Negev house, “I met a bunch of friends.” The Negev’s “director of happiness” had pointed out to Frawley, “That’s something that’s hard to come by for many adults after college.”

Back in 2014 Gawker noted that was part of the Negev’s aggressive pitch. “They promise ‘instant friends and community’ to people moving into town, assuring their tenants that prospective housemates have been ‘interviewed both on a personal and technical level.'” One recent college graduate — a virtual reality engineer at consulting firm moBack — explained that “It’s basically an extension of college. We sort of live in a frat house.” (Frawley reports that about 15 percent of the residents were women.)

But of course, there’s another side to the story. Twenty-five-year-old Saul Ramirez, who has a restaurant job in San Francisco, told CBS News that the rising rents have now forced him to commute over an hour each day from San Pablo. “All the tech and people the industry is bringing in — you can work two jobs and barely make a living for your rent and other costs,” he said.