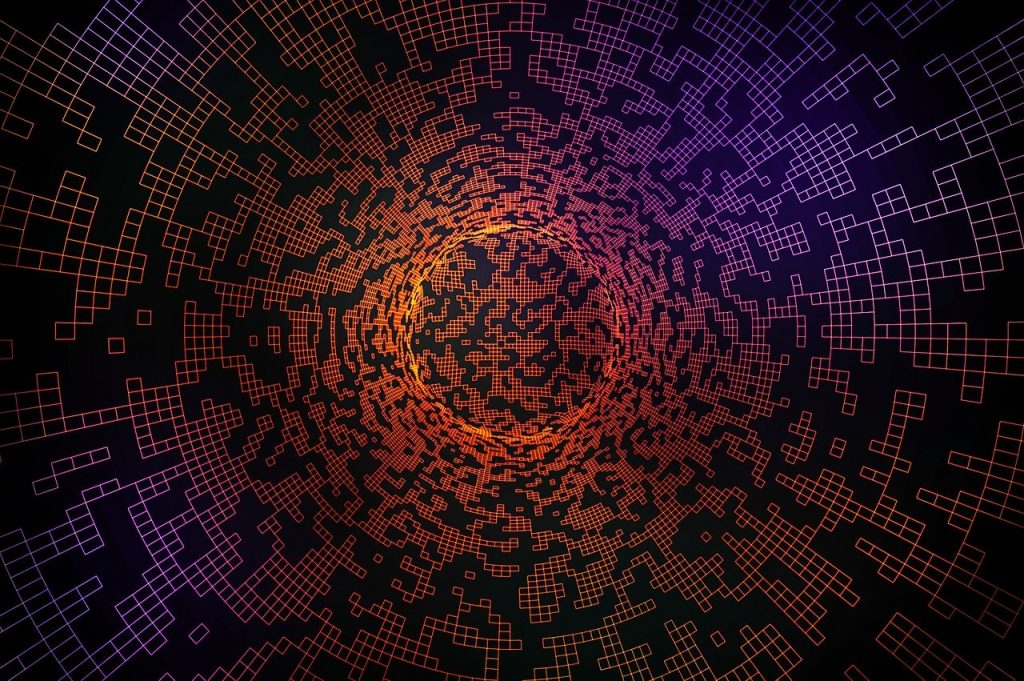 The data mesh concept continues to pick up momentum as an approach where domains-oriented teams own “data products” and have a self-serve data infrastructure platform that both delivers the data product to consumers and allows the data to be analyzed/consumed.

After spending a week in the newly created Data Mesh Learning community, I can report the consensus among experts is that a data fabric and a data mesh both provide an architecture to access data across multiple technologies and platforms; data fabrics are technology-centric, while a data mesh focuses on organizational change.

There is less agreement about data virtualization versus data fabric, but the former term is usually focused only on the abstraction of storage across multiple locations. All of these approaches address the same pain points and throw around the word “platform” so much that it becomes meaningless so it is unsurprising that there is confusion about definitions.

A new survey by Varada, an Israeli data management company that utilizes Presto SQL/Trino, provides a bit of semantic clarity. When 130 data virtualization users were asked how they define data virtualization, 64% said it is the ability to seamlessly connect to any data source or platform, 19% defining it as the ability to run any query without the need to model data and 17% thinking of it as a data lake query engine. If the question had provided more options or had been open-ended, the results may have been significantly different.

Users demonstrated what they truly believe about data virtualization when describing its purported benefits. Organizations with more than 10TB in their data lake or data warehouse say reducing and simplifying DataOps is the top benefit, but those with less than 10TB are more likely to focus on the ability to run all queries on a single platform and the ability to enable self-serve access to data consumers. Most of the study consisted of organizations with smaller data footprints. 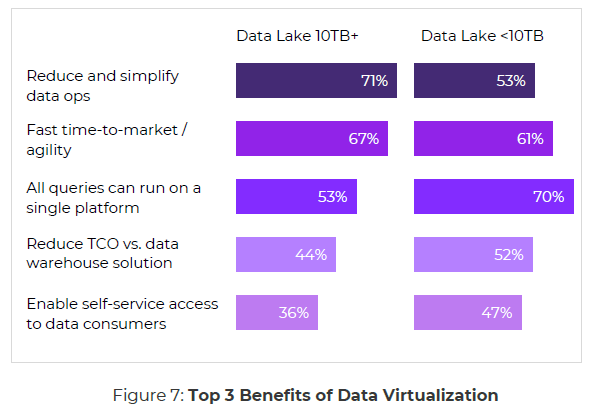 Source: Varada’s “The State of Data Virtualization.” A different question in the study also found that 60% of these data virtualization users believe it is a strong alternative to a data warehouse. However, that is probably a false choice because in reality adopters of technologies like distributed query engines are likely already using a data warehouse, data lake, or another a SaaS-based data platform like Snowflake.

According to Ori Reshef, Varada vice president of products, believes data virtualization promotes data democratization by enabling anyone from the organization, subject to proper governance policies, to access any dataset in a data mesh. The end result is that more business units can monetize massive amounts of data. That is an optimistic viewpoint, but there are also a few obstacles, most notably queries to the data platform that needs to be re-written for each and every domain-specific use case.

Data mesh calls for cross-functional teams organized around use cases. If each use case requires its own re-write of queries, would this make data virtualization impractical in organizations with cross-functional teams developing their own data pipelines? Does this just mean that the resources to fund the building and maintenance of decentralized data infrastructure platforms will need to be reallocated? How all these questions play out will impact how you assess emerging architectures for modern data infrastructure and the component selection when automating data pipelines.

Why Developers Should Care About Resilience
April 28, 2021