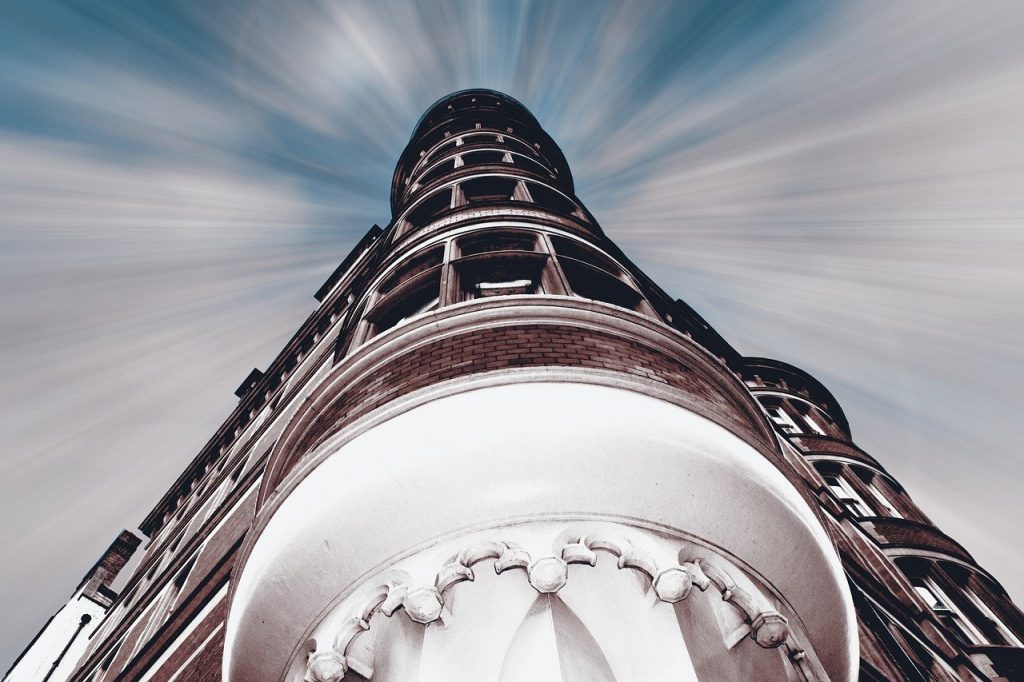 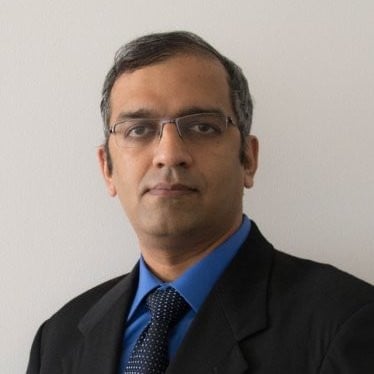 Rahul Subramaniam
Rahul Subramaniam is CEO of EngineYard, DevFactory, and FogBugz. He is also Head of Innovation at ESW Capital. He has a long history working in the computer software industry, with a background in algorithms, python, agile software development, and software project management.

The “traditional” definition of three-tiered architecture says it consists of:

True three-tiered architecture allows you to scale or migrate any individual layer with no impact whatsoever on the other two layers — you can make a change in any layer without having to change a single line of code in any of the other layers.

It’s a great idea — it sets up a situation where you can plug and play any component cleanly and smoothly.

However, if you think realistically, you’ll see that your application and database layers are not even close to being separate entities. They are so tightly coupled you cannot make any changes to one infrastructure without affecting the other.

A Brief History of Application-Database Affinity

Applications and databases have been firmly entwined since the beginning. Unlike “clean” HTTP, database vendors introduced proprietary extensions and implementations of the SQL language. Thus, the SQL language created the unification, requiring a persistence-related application change needed to be reflected in the database and vice versa.

Everything that happened on one tier needed to be reflected in another. When both systems were run on the same server, this accelerated processing, as the information didn’t have to travel very far.

Breaking Up Is Hard to Do

The advent of the cloud changed the dynamics completely — the promise of on-demand scalability could be achieved — except it really isn’t happening.

Falling Short of a Third Tier

You CAN Achieve True 3-Tiered Architecture 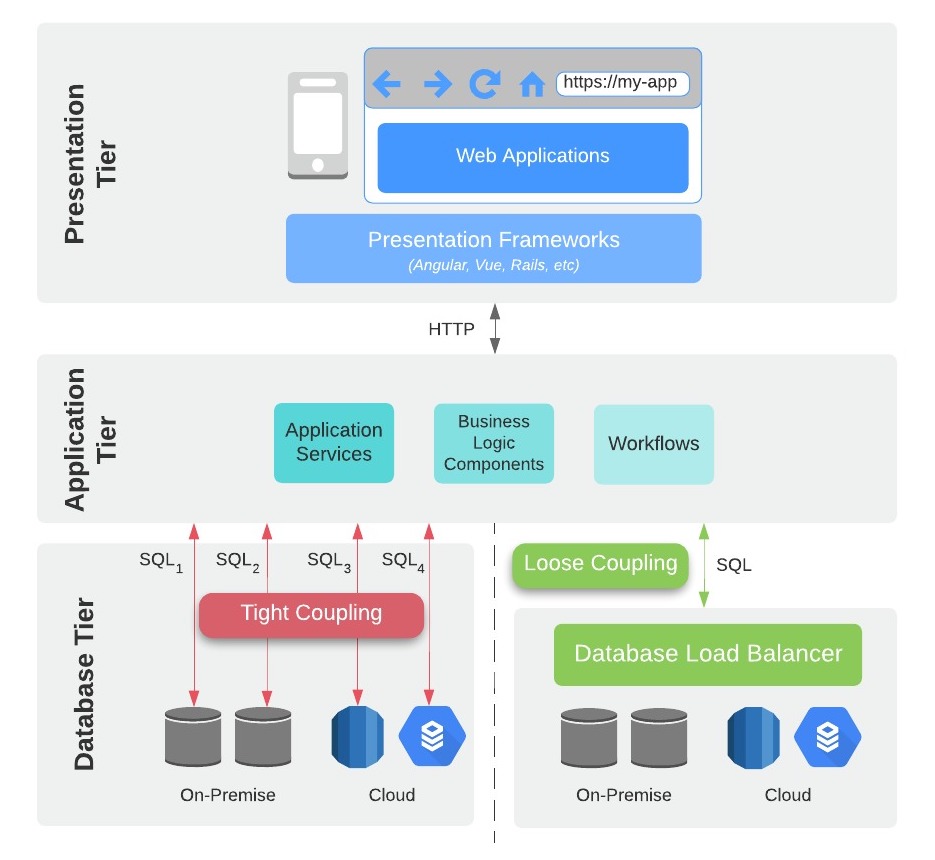 The secret is load balancing, which plays an important role in the decoupling process. It serves as an “automatic” translator, a middle layer that keeps the communications channels open between the database and the application but completely bypasses the tight coupling, allowing each to scale or migrate as necessary. This simplifies the ability to manage the database-application couplings without causing damage to either. With true three-tiered architecture, your database can easily and quickly “speak” to multiple applications, and your applications can speak with multiple databases.

With database load balancing, each challenge can be addressed to truly benefit from cloud scale. Database load balancing enhances distribution of workloads across multiple servers. Migration can be eased using intermediary control planes, which translate SQL commands to cloud-active operations without changing a single line of code. Database load balancing decouples applications from their storage, drives operational simplicity, and unlocks massive TCO reductions. The end result is safe migrations with zero downtime by being able to switch reads to the cloud server and switch writes at any time.

Once migration has occurred, keeping the database load balancer in place provides long-term scalability and stability, ensuring zero downtime during maintenance and reducing the risk of unplanned outages.

In the long-run, database load balancing makes it easier to manage operations, enabling: