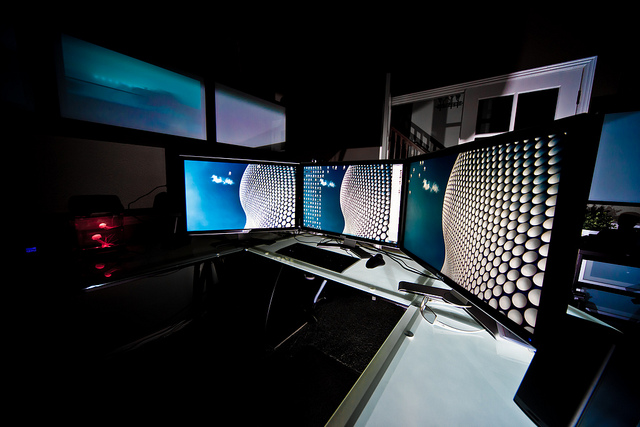 SaaS-based cloud monitoring startup Datadog, which just two weeks ago announced raising $31 million in an oversubscribed Series C funding round, already is spending some of it with the acquisition of New York-based Big Data startup Mortar Data.

Datadog had been using Mortar Data as a customer for some time, Agarwal said, and saw that its machine learning capabilities in particular would help Datadog provide deeper analytics.

Mortar Data’s platform is based on allowing developers and data scientists to take advantage of Hadoop easily and inexpensively, through a custom blend of the Pig and Python programming languages. Users can integrate different data sources from robust pipelines and perform complex analyses with custom machine learning applications. It announced integration of Apache Spark into its platform in January.

“Using Mortar Data technology, we’ll be able to accelerate evolvement in our field, which is taking huge amounts of data from our customers and providing insights to them based on patterns over longer terms,” Agarwal said.

Datadog monitors hundreds of thousands of servers for customers for metrics such how an application or how specific instances of the cloud are performing.

“Given the scale, sometimes it’s hard for people to see patterns of problems that are happening in their data. That’s where the machine learning part of Mortar Data comes in. Mortar Data can determine long-term trends, for instance, if this cluster of machines is behaving very differently, and alert people that there might be a problem that they might not be able to see,” Agarwal said.

Mortar Data’s six-person staff will be joining Datadog’s 75-person team and work on building out deeper capabilities, Agarwal said. It’s not clear yet whether that will lead to new products.

Mortar Data announced its service will close May 15, and published created a guide to running Mortar code outside the Mortar service using the workflow engine Luigi.

The acquisition makes a lot of sense as you take Mortar’s piping and DataDog’s analytic’s framework and simplify the process of putting the two together, according to R “Ray” Wang, principal analyst and founder of Constellation Research.

Given the volumes of data, Constellation Research predicts that 90 percent of all the world’s data will be created in the next year, and that there will be 80 billion sensors by 2020. That’s going to be a huge amount to crunch.

“The idea is to keep surfacing up insights that can help IT operations identify patterns they may not have seen and ask questions of their data that may help them to continue improving operations and improve how they strategically think,” he said via email.

Datadog is focused on the cloud, but also companies moving from legacy infrastructure to the cloud. It brings together data from servers, databases, applications, tools and services to present a unified view of apps, tools, and web services in custom dashboards

Its customers include Spotify, Stanford University, Salesforce and the MLS soccer league.

The acquisition will help Datadog catch up with rivals already touting analytics capabilities, most notably New Relic. It’s a crowded space with the likes of Boundary, Cloudyn, Loggly, and Splunk.

And Google is putting its Stackdriver acquisition to work in a monitoring service across competing platforms.

Susan Hall is the Sponsor Editor for The New Stack. Her job is to help sponsors attain the widest readership possible for their contributed content. She has written for The New Stack since its early days, as well as sites...
Read more from Susan Hall
SHARE THIS STORY
RELATED STORIES
Case Study: How Dell Technologies Is Building a DevRel Team Discord vs. Slack: Which Is Right for Your Team? Devs Are Excited by ActivityPub, Open Protocol for Mastodon Are Monolith CI/CD Pipelines Killing Quality in Your Software? Software Startup Aims at Cluster Computing Barriers
SHARE THIS STORY
RELATED STORIES
LaunchDarkly: Feature Management Is a Must-Have Software Developer Tool for Quantum Computers Launching Soon How Web Tech Got This Way and How It May Evolve in the Future Are Monolith CI/CD Pipelines Killing Quality in Your Software? How Do We Protect the Software Supply Chain?
THE NEW STACK UPDATE A newsletter digest of the week’s most important stories & analyses.
The New stack does not sell your information or share it with unaffiliated third parties. By continuing, you agree to our Terms of Use and Privacy Policy.