In a Crowded Space, Datadog Raises $31M for Monitoring Designed for the Cloud 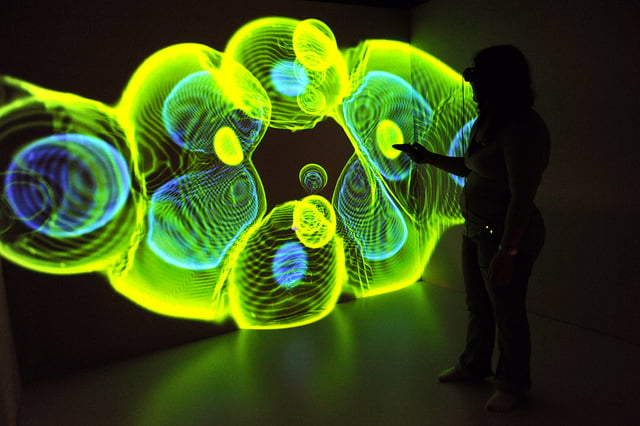 SaaS-based cloud monitoring startup Datadog has added another $31 million to its coffers in an oversubscribed Series C funding round led by existing investor Index Ventures. Other investors include RTP ventures, Openview Venture Partners and other equity holders.

The New York City-based company previously had raised $22.4 million, including $15 million in Series B last February. In the past year, the company has tripled revenue and headcount, from 20 employees to around 75, according to Olivier Pomel, Datadog co-founder and CEO, and will double or triple in size again in 2015.

The investment reflects the growing need that customers have for building out new ways to monitor data across a distributed infrastructure. It’s in a crowded space. It competes with newer players such as Boundary, Cloudyn, Finally.io, Server Density, and Stackdriver. GetApp has a full comparison of the competing services in the space.

About half the new investment will go toward scaling out sales and marketing at both its New York and Boston offices, while the other half will be used to scale out engineering, he said. It will be announcing added capabilities in the coming months, he said.

Datadog brings together data from servers, databases, applications, tools and services to present a unified view of the applications that run at scale in the cloud, information that can be displayed in custom dashboards. It aggregates data from an array of tools and systems and applies analytics for a composite picture.

Its growth has been dramatic since its launch in 2010. It has brought more than 100,000 servers onto its monitoring service and has integrated with close to 100 commonly used technologies in modern cloud applications, including Amazon Web Services (AWS), Microsoft Azure, Google Cloud Platform, Red Hat OpenShift and OpenStack.

“When it comes to competing with the large legacy players, we blow them out of the water,” Shah said, in terms of scalability, usability and the sheer number of integrations.

As companies move from legacy infrastructure to the cloud, “everyone has a solution for the old world, but no one has a solution for the new world,” Pomel said. “Investors are excited about the fact that the market is there. [It’s developing] really, really fast. It’s a very low-touch sale for us. The product does the sales job for us. Customers use it and want more and more of it.”

“Our strength is really monitoring very large-scale cloud environments where you have thousands or tens of thousands of servers. In-cloud, very elastic and dynamic environments, that’s where we differentiate,” Agarwal said.

Shah said the company has been impressive for its ability to assemble a strong engineering team in an ultra-competitive market and to carefully define its culture. He said Index evaluates many SaaS companies, using internal benchmarks to evaluate efficiency.

“Within this context, Datadog has proven to be best-in-class in a number of areas — from sales efficiency, marketing effectiveness, and customer retention, to how much the company has been able to achieve with existing capital to get to where it is today,” he said.

It’s been a true partner, according to Kevin Duffey, vice president of IT operations at customer RichRelevance, an omnichannel personalization company serving clients such as Target, Costco and Marks & Spencer.

“They took interest in our business from day one; learning our pain points and helping us succeed,” Duffey said.

Serving customers in 42 countries, the company’s complexity caused internal headaches such as an inability to quickly find issues and resolve them, and to present clear, concise reporting to executives and customers.

He wrote about how Datadog helped RichRelevance monitor metrics for Black Friday and Cyber Monday, including requests per second, response times, model builds, transfer rates, load and page views for its more than 200 customers on more than 500 sites.

“Where they didn’t support a tool on signature day, they made a commitment and upheld it to not only support each tool such as Dynect, Hadoop, Gomez and SNMP – but build a true full integration to the products,” Duffey said.

“They did more than simply ingest the diverse numbers and re-display them on their dashboard — they created full APIs allowing us to cross-reference the data, build better internal tools to include webhooks to automate responses to certain alerts and, provide for quick consolidated reporting.”

It’s helped RichRelevance to reduce regression errors in engineering with customized individual dashboards and testing, he said. RichRelevance now is working on a customer-facing status page using Datadog as the core component.

Datadog is a sponsor of The New Stack