DataStax Astra allows DevOps teams to access Cassandra “in minutes and try all kinds of use cases" such as  IOT sensor data ingestion, messaging and large-scale user-profile management, Anuff said.
May 13th, 2020 9:40am by B. Cameron Gain 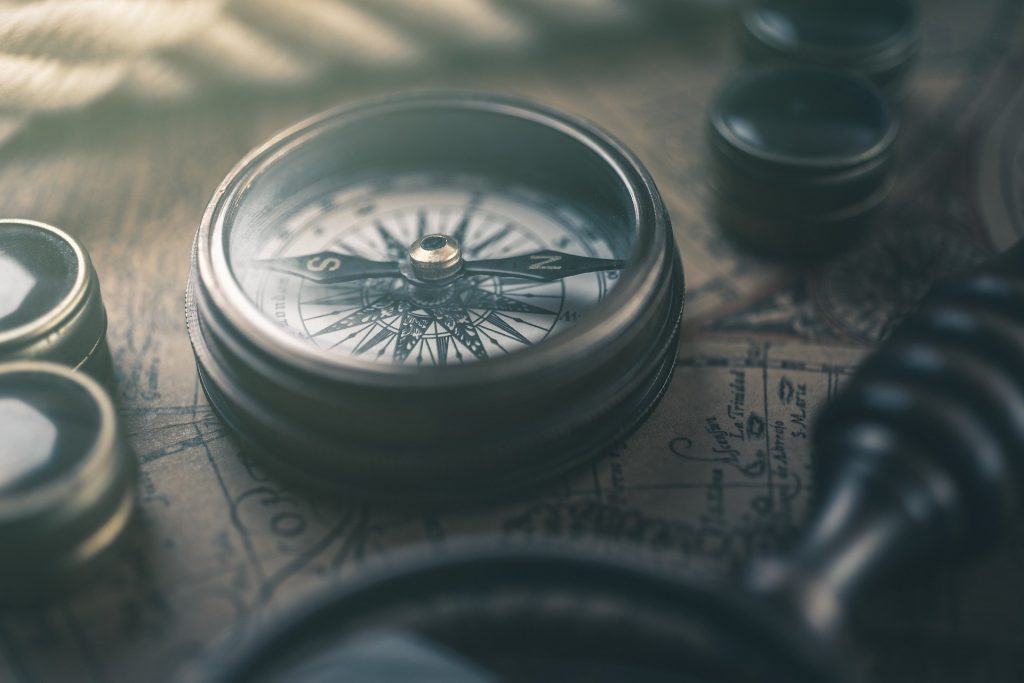 Cassandra has emerged as a reliable and robust NoSQL database for the development of cloud native applications, especially for massive-scale deployments. However, its complexity and mustering the human skill sets required for its installation, operations and management have proved difficult for many organizations.

According to the results of a survey published by analyst firm ClearPath Strategies, 36% of the respondents — consisting of developers and operations team members — cited a lack of available staffers with the expertise to use Cassandra as the main impediment of its adoption. The survey results, at the same time, also reflected Cassandra’s reputation, with the majority of the respondents agreeing it is a viable solution and 57% said it was “highly scalable.”

As a way to help DevOps adopt Cassandra while reducing its operational-related challenges, DataStax has released into general availability DataStax Astra, a database-as-a-service (DBaaS) for Apache Cassandra, positioning the service as a way to streamline application development and management with Cassandra for cloud native deployments.

“Cassandra is called the database of last resort both lovingly — because it is so powerful — and also because it’s challenging to get started,” Ed Anuff, chief product officer for DataStax, told The New Stack.

The main problem the Astra release helps DevOps teams solve is how it can eventually be used to help boost the cadences of application development cycles by reducing staff training and support for Cassandra, Anuff said

“DevOps teams are being tasked with more and more responsibilities to manage the application lifecycle, from security to CI/CD,” Anuff said. “The majority wouldn’t have time to learn the intricacies of a database as powerful as Cassandra and thus were not utilizing it.

According to Anuff, DataStax Astra allows DevOps teams to access Cassandra “in minutes and try all kinds of use cases” such as  IOT sensor data ingestion, messaging and large-scale user-profile management.

Among the struggles DevOps can face when working with Cassandra, the distributed database can be difficult to “physically layout, then manage and debug the nodes, not to mention updating software each time there is a new release of Cassandra,” Tony Baer, an analyst for dbInsight, told The New Stack. “Going to a managed DBaaS service, where the vendor takes care of the housekeeping, simplifies all that,” Baer said. “By simplifying deployment and operation, the process for deploying new changes has a lot less friction.”

While DataStax made the bold statement in its release “the DBaaS reduces deployment time from weeks to minutes,” Anuff noted that installing Apache Cassandra can be done relatively quickly “although not without quite a few gotchas,” Anuff said.

“However, planning a production deployment can be a time-consuming operation and having the process take weeks of an engineering team’s time is not unheard of,” Anuff said. “With DataStax Astra as a DBaaS, this process has been reduced to minutes because of the work that we’ve done in our Kubernetes operator and in our cloud service to automate and optimize database instantiation. This gives developers the freedom to utilize Cassandra without first having to learn how to administer Cassandra or set up physical or virtual servers to correctly run it.” 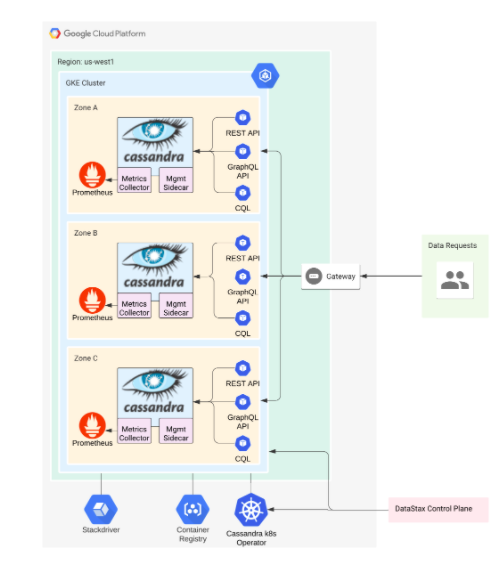 Astra deploys and manages clusters powered by Cassandra directly on top of Google Cloud Platform’s (GCP) infrastructure. In this way, the data remains in the GCP global infrastructure with customers’ applications, Anuff said. This capability stemmed from Google Cloud’s initiative to introduce a number of open source software platforms to the Google Cloud GCP console as “first-class integrations that are supported by third parties,” Anuff said. “We are able to take advantage of new constructs in the form of tenancy units that give us these new capabilities,” Anuff said.

Ideally, the idea is to help developers to begin designing databases at the very beginning of the development cycle. This would thus help to eliminate the roadblock setting up databases can pose once applications are already developed and otherwise ready to deploy on the cloud. However, “some homework remains to be done,” Baer said. “Astra primarily simplifies deployment, operation and management, but it doesn’t yet address developing database applications, and coming up with more dev-friendly tooling is definitely on the to-do list,” Baer said.

To that end, Anuff said DataStax has already organized a number of developer training events both in-person and before the start of the COVID-19 pandemic that have already resulted in the training of “thousands of developers on Astra.” Anuff also said DataStax has pre-loaded content for its Astra Developer Studio environment into a tutorial notebook that provides several examples of how to create tables and insert data and launched a BetterBotz blog series “that takes developers straight into building a retail app and leaves out some of the distributed computing theory that is often covered in Cassandra courses, Anuff said.

“But, we aren’t stopping there,” Anuff said. “We are always working to make Cassandra easier to use, and you can look forward to some other news from us on this topic later this year.”

BC Gain’s obsession with computers began when he hacked a Space Invaders console to play all day for 25 cents at the local video arcade in the early 1980s. He then started writing code for very elementary games on the...
Read more from B. Cameron Gain
SHARE THIS STORY
RELATED STORIES
Kubernetes App Deployment from the Command Line What Is the Docker .env File and How Do You Use It? MicroK8s and Portainer Is The Easiest Way to Deploy an Application on Kubernetes Kubernetes Needs to Take a Lesson from Portainer on Ease-of-Use Crossplane: What Most People Get Wrong (and How to Get It Right)
TNS owner Insight Partners is an investor in: The New Stack.
SHARE THIS STORY
RELATED STORIES
What LaunchDarkly Learned from 'Eating Its Own Dog Food' MicroK8s and Portainer Is The Easiest Way to Deploy an Application on Kubernetes Data, Analytics and AI: What Will Happen in 2023 How Capital One Performs Chaos Engineering in Production Swarm, a User-Friendly Alternative to Kubernetes
THE NEW STACK UPDATE A newsletter digest of the week’s most important stories & analyses.
The New stack does not sell your information or share it with unaffiliated third parties. By continuing, you agree to our Terms of Use and Privacy Policy.