DataStax Vector Provides Warnings Before a Cassandra Disaster May Strike

DataStax has released a private beta version of Vector that it describes as an AIOps service for Apache Cassandra for “automated advice” with the help of artificial intelligence algorithms.
Jun 18th, 2020 8:46am by B. Cameron Gain 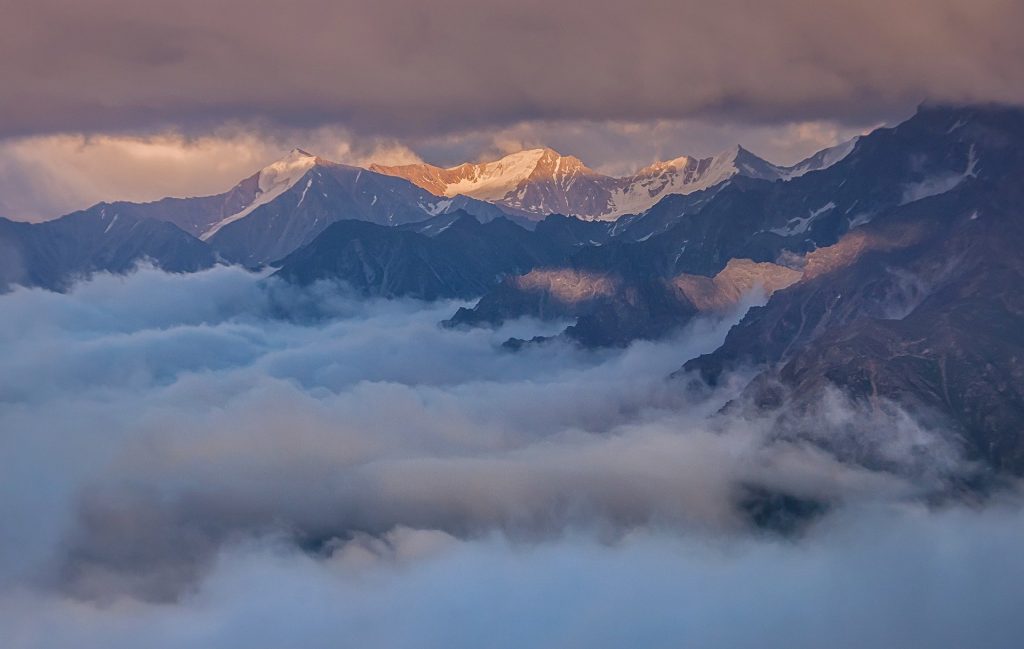 DataStax’s Cassandra open source database has a reputation for being challenging to set up and run without the right tools. Disaster recovery, remediating glitches and putting out other Cassandra fires can add additional layers of difficulty in its management.

Cassandra’s implementation and management difficulties also serve as a likely deterrent to its use, as a certain sort of DevOps expertise is often seen a requirement prior to its adoption. In a survey published by analyst firm ClearPath Strategies, for example, 36% of the respondents — consisting of developers and operations team members — cited a lack of available staffers with the expertise to use Cassandra as the main impediment of its adoption.

As way to help accelerate Cassandra’s implementation, DataStax has released a private beta version of Vector that it describes as an AIOps service for Apache Cassandra for “automated advice” with the help of artificial intelligence algorithms. The idea is for DevOps teams to receive alerts about Cassandra-related issues long before they occur.

“It gives you a heads up that then prompts you to, for example, replace a node or start to scale up your cluster,” Ed Anuff, chief product officer for DataStax, told The New Stack. ”But it’s also able to go and recognize problems that are going to be there that it finds in your data.” 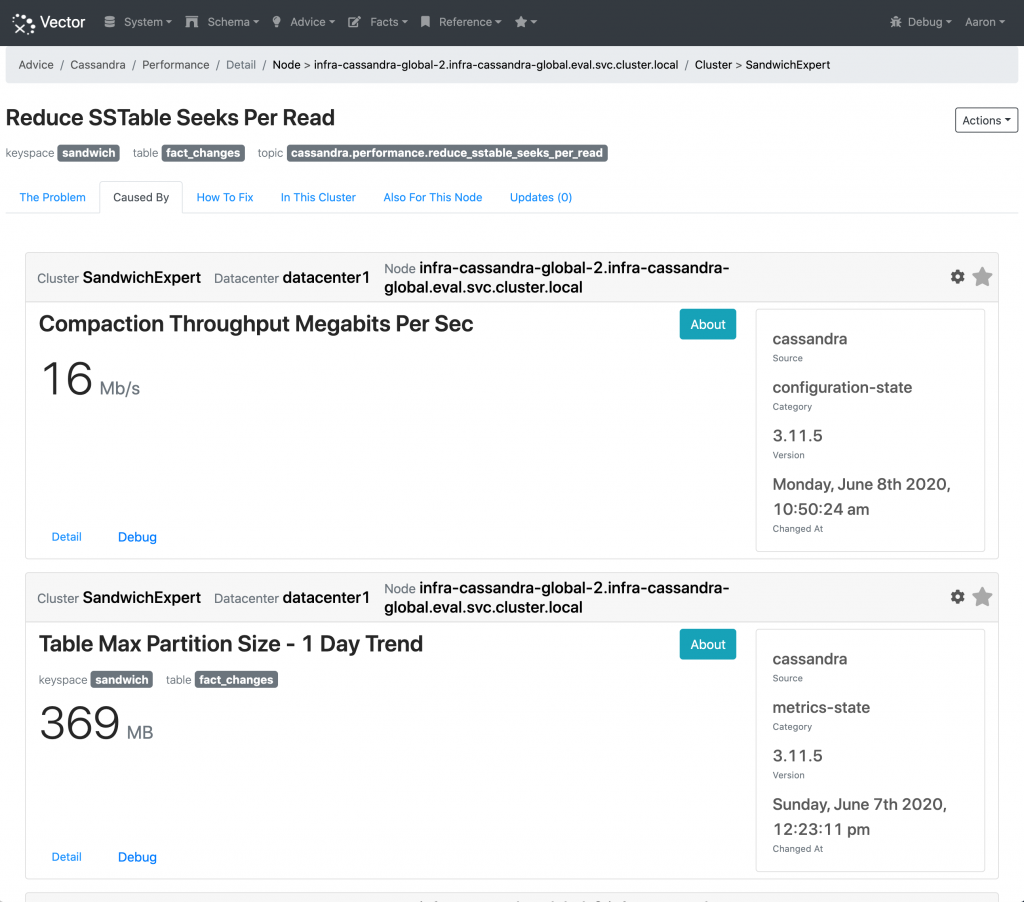 The system also serves to provide developers and operators with information about how to remediate potential issues in Cassandra and DataStax Enterprise (DSE) clusters by continually monitoring cluster performance. The communication of diagnostics and steps to fix problems before they occur is also automated.

In addition to serving as a continually updated blueprint of Cassandra clusters and potential issues, Vector was also designed with the goal in mind of creating an educational source for DevOps teams. The idea is to provide more “predictive ways of keeping clusters healthy, whether running on-premises, on bare metal or in virtualized environments,” Aaron Morton, vice president of engineering/AIOps, for DataStax told The New Stack.

“We want to make sure that developers early on are aware which features works best in [certain] situations, or features that have been deprecated as a better way to do it,” Morton said. “Vector was designed to check your systems all the time, and allow us to continuously update it with our latest steps.” 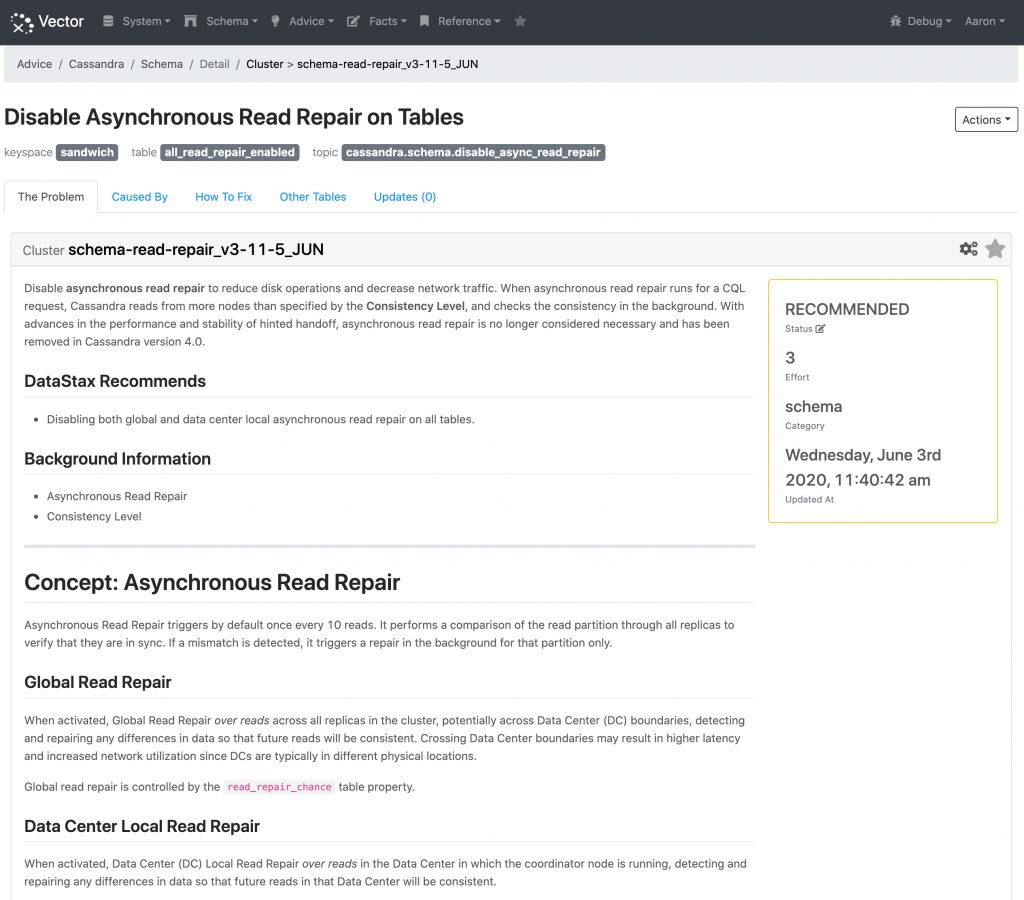 The prediction management feature might come into play when Vector flags an issue that might occur in the future that is associated with a particular Cassandra cluster. “We want to put that expertise of data stacks up at your fingertips, so you have a view of that small little thing that helps you explain it and then give you cut-and-paste fixes and different ways to go and resolve that issue before it becomes a problem that tailors to your situation,” Morton said.

A typical usage scenario might consist of Vector or tombstone-related issues associated with deleted data. Such an alert might be applicable to the use of Cassandra in general, as well as to the specific design of an organization’s network. “If you’re learning about that and reading a book late at night or something, it may not stick in your memory that this is something that can happen,” Morton said. “But with Vector, there’s a system that says: here is an issue that potentially is coming up in the future.”

BC Gain’s obsession with computers began when he hacked a Space Invaders console to play all day for 25 cents at the local video arcade in the early 1980s. He then started writing code for very elementary games on the...
Read more from B. Cameron Gain
SHARE THIS STORY
RELATED STORIES
MongoDB Partners with Databricks for App-Driven Analytics Hybrid Data Collection from the IoT Edge with MQTT and Kafka Get Started with Text Classification Redis Data Types: The Basics One Technology That Makes Renewable Energy More Efficient
TNS owner Insight Partners is an investor in: The New Stack.
SHARE THIS STORY
RELATED STORIES
How to Lower Your Company‘s AI Risk in 2023 Enterprise Blockchain Is Doomed Hybrid Data Collection from the IoT Edge with MQTT and Kafka Presto: Data Analytics on an Open All-SQL Platform Why You Need a Centralized Approach to Monitoring
THE NEW STACK UPDATE A newsletter digest of the week’s most important stories & analyses.
The New stack does not sell your information or share it with unaffiliated third parties. By continuing, you agree to our Terms of Use and Privacy Policy.