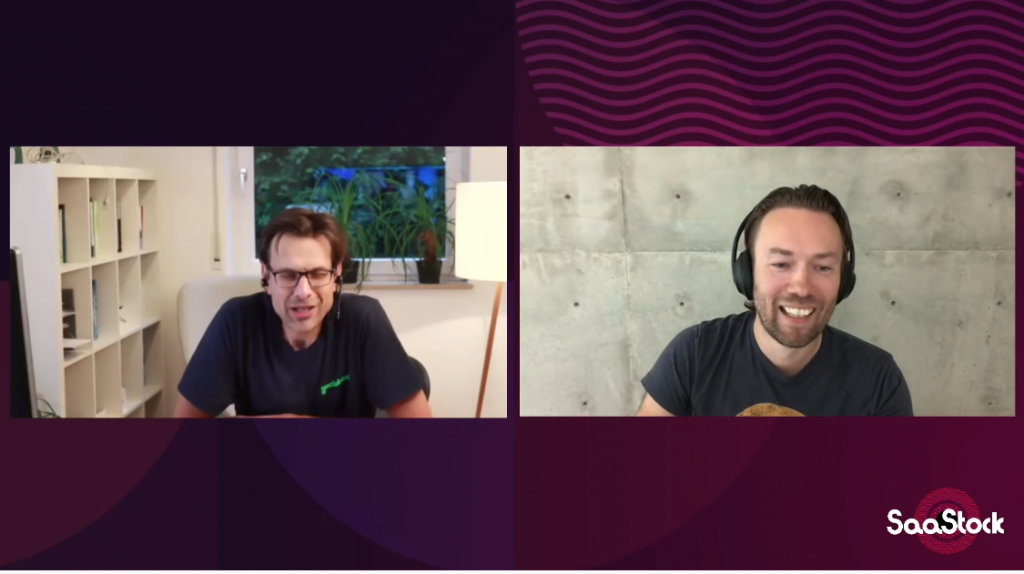 This week the online world took note of a fascinating discussion — one of those rare conference talks that actually ascends to a more fundamental truth. It happened at the online version of the annual SaaStock conference — now renamed SaaStock Remote. For its global community of software as a service founders, the conference organizers arranged a Zoom appearance by David Heinemeier Hansson, creator of Ruby on Rails and co-founder of the Basecamp project management software. For this event, he had chosen to speak on the importance of dismantling “the myth of Hustle culture.”

Maybe it exemplifies the kind of candid conversations that are happening online these days. In just one-half hour, the discussion builds to a crescendo of broader and broader abstractions, ultimately asking if there’s something foundational that needs to be changed in the very culture of the technology world today. Is there a faulty premise underlying the entire system — a glitch in our philosophy that’s baked in, perpetuating itself throughout the founder ecosystem, and even trickling down into the lives of technology workers everywhere?

Drinking kombucha, Hansson starts by defining his premise. “I’ve been working on internet startups, companies, apps for the past 20 years, and have done so in a way where it never consumed my life.” But he points out this was accomplished even though they’re based in the U.S., which he calls “the epicenter for this echo chamber that is Silicon Valley, that is constantly broadcasting this signal that says, ‘unless you work yourself to death, you’re not trying hard enough… You’re surely not serious about changing the world.'”

“We live a wonderful, peaceful life, and we did all of it on essentially 40 hours a week.”

While building Basecamp’s business in Chicago, he noticed “there’s this alternate universe, almost, existing right next to us. And like the gamma rays are constantly blasting, and we’re going, ‘You know what? This is not only nonsense, it’s madness.’ I think it’s profoundly unhealthy, and the world deserves a counter-melody to that. They deserve to hear that there’s another way to go about it.”

He’s candid about the success of Basecamp. (“We’ve made more money than we know what to do with…”) But he also thinks it’s important to stress that they didn’t follow a high-pressure Silicon Valley lifestyle. “We live a wonderful, peaceful life, and we did all of it on essentially 40 hours a week.”

“Why would you take those odds? It’s like walking into Vegas, and saying, like ‘You know what? I’m just going to put it all on Red 4.'”

Hansson acknowledges the perspective of the interviewer of the session, Christoph Janz, managing partner at Point Nine Capital, a Berlin-based angel venture capital (VC) company. In short, Janz is an investor who’s still always seeking the exceptional outliers. But then Janz interjects to try to argue that for many founders, they’re naturally driven to work long hours out of a passion for their new company.

That’s where Hansson draws a line. “No, that’s the insidious part of it — that this is not about overt pressures. It’s not about a VC actually cracking a physical whip, and saying ‘Why the hell are you not in the office on Sunday at eight?’ Ideology exerts its forces in these unspoken ways…”

With successful founders all claiming that it was their tremendous hard work which propelled their success, “It seeps in such a way that it colors the mind of anyone else who feeds and internalizes that ideology. Such that once it has, there’s no need to assert sort of overt pressures afterward.

“Which is why I think it is so important for us to set the counter-example. Because I’ve talked to so many people who, that is their model of what a founder looks like. It’s someone who invests a whole decade of their life, where it leaves nothing else…”

Why Found a Company?

He also asks an even more fundamental question: what are founders really trying to accomplish why they start their companies? “A lot of people, they have great ideas they want to see come through. They want to create, right? They have energy, they want to put it into a product. They want to put it into a business. These things are not incompatible at all with a reasonably balanced life. In fact, I’d go so far as to say they are empowered when they are paired with a reasonably balanced life.”

“You look at all these companies and you go, ‘You know what? I don’t want any more of that in the world. If I can inspire any entrepreneur out there to do something, it should be to do the opposite.”

But there’s another critique of the way these companies ultimately impact our world. Hansson swiftly characterizes the last 20 years in tech as two distinct periods — starting with a decade-long “honeymoon” phase for “the new breed of after-dotcom-bust companies” where awed emulators tried to mimic their practices (liked adopting trendy open office plans).

“Now, the past 10 years, I think the honeymoon is over, and what we’re realizing is when you take a bunch of people who have nothing else in their life than building the next tech company, you get the kind of tech companies that have been built. And a lot of them are shit.” Not economically, maybe, but “in a moral, deep sense of it. They’re corrupt to the core. You look at all these companies and you go, ‘You know what? I don’t want any more of that in the world. If I can inspire any entrepreneur out there to do something, it should be to do the opposite. We need a complete reform of how we’re approaching everything from capitalism to startup culture to the whole thing. And we’re not going to get that by the old methods.”

Decrying a world of myopic founders with their single-minded focuses, Hansson complains “They have no art, they have no literature, they have no sociology, they have no psychology. They don’t have any of this other stuff that informs the whole rounded human. And we need whole, rounded humans to take us to the next step.”

He supplies the example of a founder who can pour 100 hours a week into enterprise software, but has no other influences. “No. We’ve had that. We’ve seen that. We’ve taken that route… I’m not denying that there’s been some good stuff that comes out of it. But if you look at the sort of bottom line, after the past ten years, I think a lot of people would go, ‘You know what? This didn’t end well.'”

He also supplies a logical corollary to this need for something different: “We need different people to build different things.”

Janz tried to find some common ground, noting that he thought it was great that Basecamp was built in a unique way. But when Janz was a young man, the company he’d founded was his biggest hobby — so how is it wrong for a founder to spend large chunks of their time on what they enjoy?

But Hansson still objects, first repeating his concerns about a culture that creates this mindset in founders. “How did they get to this point, that this is the only thing that their world revolves around, and this is the only thing that they extract joy from? I think there’s significant issues with that.” And then he argues in the real world, it’s never just one founder who’s making a decision solely for himself. Instead, founders are always creating a culture, and “Workaholism trickles down.”

Janz brings up the topic of capitalism itself, with its competition for scarce rewards and its winner-take-all dynamics. But this leads Hansson to suggest an even more sweeping criticism. “The most distilled form of the problems with capitalism and exponential growth are embedded into the investor structure… Which is why I am not really aiming my argumentation at investors. I think that is a lost cause…”

We’ve arrived at the core of the problem, he suggests. “What is capitalism? And what is it doing to us?” The normal pressures of capitalism get “turbocharged” by venture capitalists and their expectations of high returns, leading to “a sludge of a toxic ideology that is pushing founders in a certain, specific direction.

“Now, is that the only version of capitalism that possibly exists in the world? No.”

It’s an observation that’s rarely made, but Hansson has experienced economies on two very different continents, and he’s reached some conclusions. “Capitalism actually works much better when you don’t allow someone to be a winner-takes-all. When you have strong monopoly enforcement, for example — anti-trust, right? When you break companies up once they acquire too much market share and too much power… I am specifically saying the world is better off when we have more companies of smaller sizes, such that you don’t end up with the dominance that you get from the VC model, where you get the Facebook and the Google and the Amazons crushing everything else.'” He insists even Adam Smith would agree with him, that economies function better without monopolies and cartels.

But then he asks a provocative question: why leave it up solely to the antitrust enforcers? “We could also just choose, as individual entrepreneurs and founders, that we’re not going to be more of that. How can we build the opposite? How can we build the world we want to live in?”

“I think you would have to change human nature, to that,” Janz commented.

“There you are! That is literally what I am trying to do,” Hansson replied.

Or at least, he qualifies, human culture. Capitalism, after all, is just one currently-dominant ideology, among many others. “What we need to change is human culture. That is immensely possible.” As proof, he cites the big changes on broad cultural and economic issues that have already happened in just the last five years.

“So I am of the school of thought: fight for the change you want to see, and we can absolutely fucking make it happen.”

The New Stack is a wholly owned subsidiary of Insight Partners, an investor in the following companies mentioned in this article: Hustle.