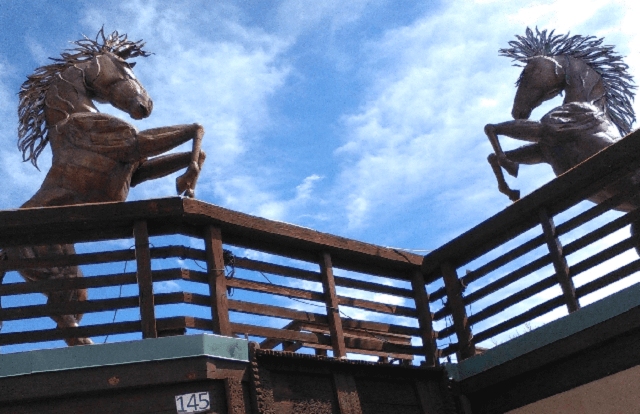 Humankind shuddered once again as machines seemed to score yet another triumph in what had been an exclusively human arena. In case you missed it, last month an artificial intelligence (AI)-generated novel almost won a Japanese literary competition, inspiring awe, intrigue, and eventually skepticism.

The new novel’s plot “is essentially told from the subjective of an AI that becomes aware of its budding talents as a writer, and abandons its primary task of serving humanity,” according to the “Motherboard” channel at Vice.com, and the Los Angeles Times, citing a report in The Japan News, even provided a translation of the novel’s final thrilling sentence.

“I writhed with joy, which I experienced for the first time, and kept writing with excitement. The day a computer wrote a novel. The computer, placing priority on the pursuit of its own joy, stopped working for humans.”

“It’s a safe bet that no one put ‘author’ at the top of the robot job list,” joked the Digital Trends site. “Yet, now that a Japanese AI program has co-authored a short-form novel that passed the first round of screening for a national literary prize, it seems that no occupation is safe.”

Yes, it’s true that the novel passed the first (of several) rounds of screening in the Hoshi Shinichi Literary Award, contest — which, interestingly, is named after science fiction author Shinichi Hoshi, who once wrote a short story called “The Capricious Robot.” Seventeen years after his death, a novel-writing competition was named in his honor. This is only the competition’s third year — and the first year it’s accepted submissions from AI’s as well as humans. 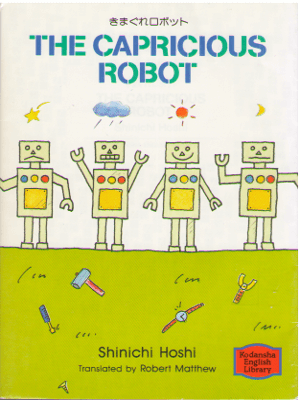 Other AI-generated novels were also submitted this year, variously reported as either four or ten — but nowhere near the 1,450 entries that were submitted by humans. The judges, of course, had no idea which entries were written by humans. But there seems to be some confusion about exactly what happened afterward.

The initial stories seem to have been based on two Japanese-language articles, only parts of which were quoted in the early English-language news stories. And now there’s a plot twist that would make Mark Twain proud: reports of the superfluity of the human novelist may have been greatly exaggerated. Human involvement in the project was about 80 percent, according to the Los Angeles Times, whose editorial stance seems to be that the novel was “co-written” by an AI program.

There’re some other crucial caveats, too. A team of researchers provided the gender of the characters, as well as a plot outline, plus specific words and sentences for the short-form novella, according to Motherboard. But at least “the AI program was tasked with stitching the elements together,” the website noted.

For some observers, though, this seemed like a far lesser triumph.

“Far from replacing humans, AI is actually working with them,” wrote Slate columnist Jacob Brogan, “potentially complementing the creative process but not yet changing it outright.” Brogan pointed to the novel’s title — “The Day A Computer Writes A Novel” — as clearly indicating the handiwork of humans. “While a monkey at a typewriter might eventually write Hamlet, it probably wouldn’t end up writing a play about monkeys writing Hamlet first, which is what seems to have happened here.”

Brogan ultimately characterizes the process as re-assembling the various parts of a smaller novel written by the research team to create another, similar novel — and dares to call the whole process AI-assisted plagiarism

“If AI really does start mucking with the creative process…it seems most likely that it will function in a primarily collaborative capacity.”

But even the possibility of an AI-generated novel stirred up a lively reaction throughout the community of online humans. One news story attracted over 3,500 upvotes in Reddit’s forum for book news — though its link was eventually labeled “misleading” by the forum’s moderator. Yet the news was posted in 13 other forums on Reddit, leading to hundreds of unpredictable, boisterous, and gloriously irrational responses, in an online realm where — at least for now — the humans got the last word:

“…this says more about the reviewers than of the AI.”

“… don’t be so quick to dismiss it. Computer algorithms are generating written content all the time such as sports articles and economic reporting.”

“If this was real Google would have bought it…”

“Plot Twist: this article was also written by the AI.”

“Imagine a future where all your novels are written by robots because they understand human feelings better than we do. That’s beautiful and kind of horrifying.”

“Meanwhile in the USA, we used Twitter to turn an AI into a sex-crazed Hitler aficionado.“