Days of Yore: On the Discovery of Abandoned Soviet-era Computers 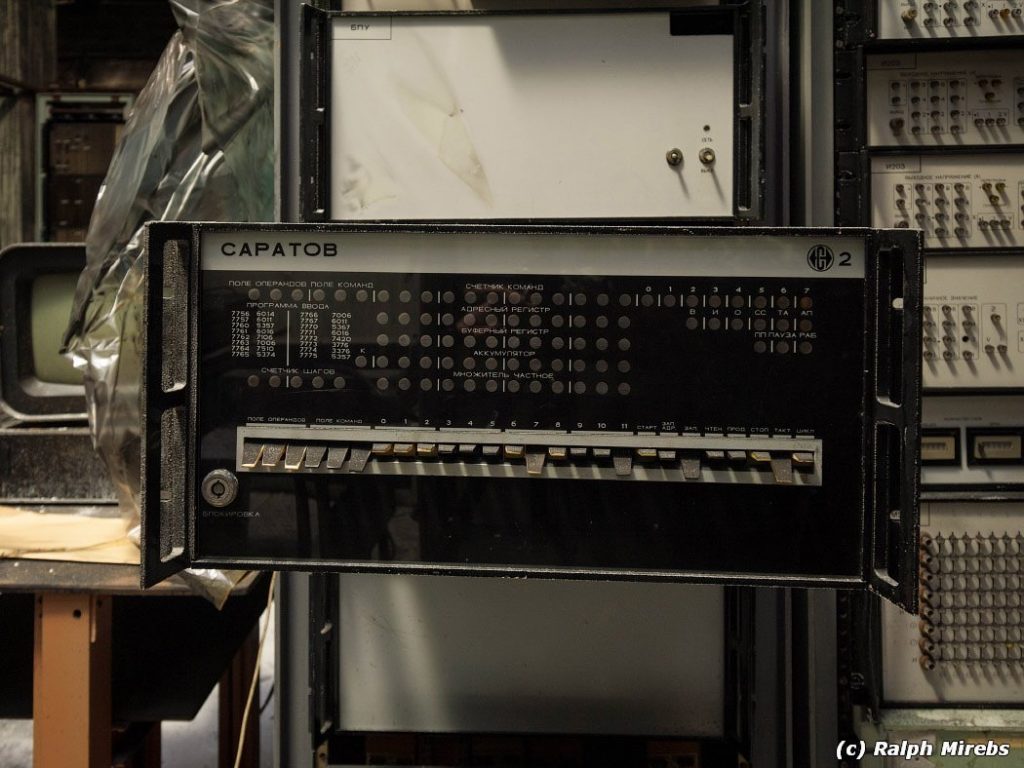 In our world of cutting-edge technologies, there’s something almost magical about the discovery in Russia of a cache of Soviet-era computers from the 1970s. So this week, computer hardware enthusiasts around the web took a moment for a kind of holiday remembrance for the ghost of computers past, responding with their own memories and musings.

RusUE.com describes itself as a Russian Urban Exploration site “a weblog about fascinating abandoned sites found on the territory of the former Soviet Union.”

“I really like looking through photos taken at various abandoned objects,” explained Roman, the site’s creator, a Russia-based Affination of old facilities, adding “I have visited such places myself a few times. It feels like traveling in time.” Aided by a translator, he’s been collecting Russian-language articles from other sites and arranging for their re-publication in English at RusUE.com.

“Probably there is no other country that can compete with Russia in the number of abandoned factories, cities and military bases.”

And discovering a cache of computers from half a century ago has always been a fond bucket-list wish for many, notes the technology blog Hackaday. “It’s probably a dream most of us share, to stumble upon a dusty hall full of fascinating abandoned tech frozen in time as though its operators walked away one day and simply never returned.”

In this case, the abandoned tech was a forgotten floor in a building in the Soviet Union that housed numerous clones of the PDP “minicomputers” produced by Digital Equipment Corporation. “The building did not stand out,” explained RuSUE.com. “Unremarkable industrial building, which was built in hundreds of Soviet cities.” There were live plants inside with lights on throughout the building — except for one badly-lit floor containing mysterious tall cabinets, some covered with plastic, as well as “Dozens of terminals, froze on the tables with extinct screens.”

An awed hushed seems to creep into its description of one of the rarest finds of all. “Suddenly it became clear that before them [was] the legendary machine ‘Saratov-2’.” Though the computer was ubiquitous in the Soviet Union during the 1970s, today you can’t even find a high-quality photograph of the machine. A University of Iowa web page maintained by an associate professor of computer science remembered the Saratov-2 as resembling the 1970s-era PDP-8/M’s, “but bulkier.” The PDP-8 had been a cabinet-sized “minicomputer” produced by Digital Equipment Corporation, and the Saratov-2 replicates its general size and shape, with a steel frame holding drawers filled with logic modules.

“Reading or writing programs occurred through punched tapes,” explained RusUE.com, while the results of calculations were printed out using an electric typewriter. It was an era that predated both keyboards and monitors, with programs entered using binary codes indicated with switches on the machine’s front panel. But even then, “The Saratov-2 was wild,” noted science fiction writer/blogger Cory Doctorow on Twitter. “It didn’t have a microprocessor; rather, it was broken down into components, each in its own drawer: a 12-bit computing unit, I/O, RAM (ferromagnetic cubes).”

Doctorow poignantly described the background of the photo as “the ashes and fire-suppressant residue of a long-ago data-center blaze.”

Also present was an Electronics 100/25, which the site describes as a clone of the later PDP-11, which could also receive input from a magnetic tape, or even from a keyboard. The floor had also housed various versions of the Electronics-60, a minicomputer which took its input from eight-inch floppy disks. The site describes their function as “managers” of external equipment like machine tools.

There were even photos of a few early 1980s personal computers it identifies as the DVK-2M and DVK-3 (or “Interactive Computing Complex.”) The site described them as “massive” and “stylish in appearance” (albeit with a very small monitor).

It was the last era before the Soviet Union’s final leader, Mikhail Gorbachev, began implementing his restructuring perestroika reforms. Soon the historic Revolutions of 1989 had ended communist rule in seven socialist countries in Eastern Europe, and by 1991 the Soviet Union itself had splintered into twelve independent states. “In just a few years a huge country collapsed,” writes Roman on the site, “and with it thousands of factories stopped working, multiple towns were abandoned and military bases no longer needed.” Many parts of the vast country’s military infrastructure were abandoned too. Other pages on RuSUE.com show photos from a graveyard of abandoned Soviet military vehicles, military bases, military warehouses, and even an abandoned nuclear weapons depot.

Roman promises his site will show visitors “what the USSR looked like before the Iron Curtain fell.” Other posts chronicle everything from a secret base in Siberia and an abandoned tractor factory to an abandoned ICBM silo launcher and “an illegal visit to Chernobyl.”

The web reacted with delight to the news that this strange moment in time had also left behind an entire floor of minicomputers.

“I just want to take them. Clean them up and see if I can get them working without an overhaul,” one posted.

The article brought back some memories for Cory Doctorow. “One of my last trips before the crisis hit was my visit to the Computer History Museum’s boneyard — a massive warehouse filled with priceless paleocomputing remnants,” he posted on Twitter. “Though the location is a secret, they let me take and post my photos.”

Doctorow’s late great-uncle Boris Rachman had also been a curator at St. Petersburg’s Popov Museum, and it all led him to muse that Soviet computing history “is heroic in a way that’s hard to put into words: the constraints of the era — political, economic, material — required so much ingenuity.”

Ilya Ryzhenkov, a St. Petersburg-based Kotlin developer at JetBrains, said he remembered coding on similar machines. “Still remember some octal codes,” he wrote on Twitter, “like for move and register ops :) E.g. 016767 to instakill the machine.”

And the thread also brought back more memories for Roberto De Propris, an Astrophysicist at Finland’s University of Turku. “I know of great stories by Hungarian astronomers who were using Macintoshes smuggled across the Austrian border,” he posted on Twitter. 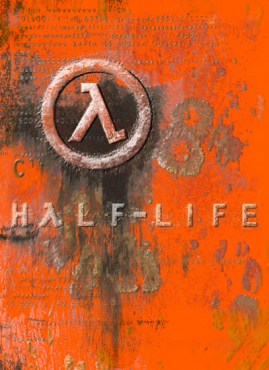 But this “out of time” find almost seemed to suggest a science fiction story. In a comment on Slashdot Dave Brueck, co-founder of a virtual reality company, joked that “Those pictures all make me feel like I’m looking at screenshots from Half-Life.” On Twitter, UML co-developer Grady Booch described the discovery as “a time capsule.” Software engineer Joshua Bloch (once one of Sun’s Java developers and now a professor at Carnegie Mellon University) remembered that long ago he’d once programmed on a PDP-8 and a PDP-11 himself, and joked that the vaguely cyberpunk Russian clones did seem to belong in a William Gibson novel.

It all led to some speculation about the fate of an empire that once sprawled across 11 different time zones. “They poured so much effort into trying to copy/clone/reverse-engineer western computing equipment,” marveled one commenter at Hacker News, “pretty much ensuring that they were always a few generations behind.”

Hackaday’s article ends by wondering where it all might have led. “It would be interesting to speculate how these machines might further have developed over the 1990s had history been different.” But even if that timeline ultimately vanished into a long-ago dead-end, “Meanwhile we all have a tangible legacy of Soviet PDP/11 microcomputers in the form of Tetris, which was first written on an Elektronika 60.”

In a time of rapid change, it’s oddly comforting to remember the long-ago workers who came before us, and enjoy that rare long perspective that reminds us of just how far we’ve come. There was also a recent look at Russia’s computer centers during the 1980s and 1990s at another Russia-based blog named EnglishRussia.com, which shared its own photos of magnetic tape-playing cabinets (and tape-reel storage racks), as well as square floppy disks and some amazingly blocky keyboards.

“Amazing and to think how far we have come since then…” posted one of its commenters. “[M]akes you wonder where we will be in another 10 or 15 years.”

SHARE THIS STORY
RELATED STORIES
Snack Stack: Turning Winter Comfort Food up to 11 How Jit Builds a Platform Engineering Mindset in the Cloud 2022 in Review: AI, IT Armies, and Poems about Food Why Your Code Sucks: Common Excuses for Bad Programming How to Get Started Filling 3.4 Million Cybersecurity Jobs
SHARE THIS STORY
RELATED STORIES
How We Manage Incident Response at Honeycomb Platform Engineering Won’t Kill the DevOps Star How Will Working in Tech Change in 2023? Entrepreneurship for Engineers: Building for Customers’ Love CES 2023: Robots, Astronauts, Schwarzenegger and Flying Cars
THE NEW STACK UPDATE A newsletter digest of the week’s most important stories & analyses.
The New stack does not sell your information or share it with unaffiliated third parties. By continuing, you agree to our Terms of Use and Privacy Policy.